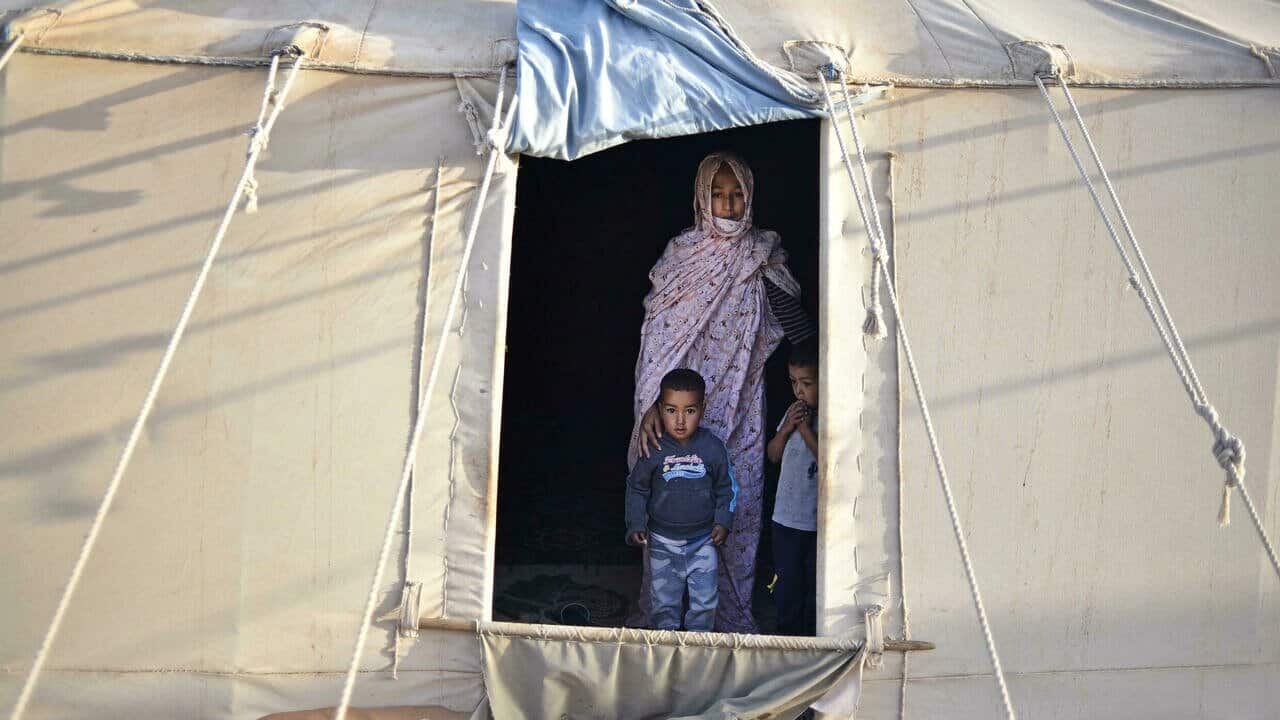 Sahraroui family in front of her tent in the refugee camp on the outskirts of the southwestern Algerian city of Tindouf. Image/AFP

The UN’s new Western Sahara envoy on Sunday met with the leader of the pro-independence Polisario Front in neighboring Algeria, state media reported, as part of his first official regional tour.

The Polisario chief told the envoy that his organization sought “a just and fair solution” that “guarantees the Sahrawi people their right to self-determination and full national independence,” APS reported.

The Polisario Front, which took up arms in the 1970s to seek independence in the disputed Western Sahara, demands an independence referendum on the basis of a 1991 deal that included a ceasefire.

Morocco sees the former Spanish colony, with access to lucrative phosphate resources and rich Atlantic fisheries, as its sovereign territory.

It has offered limited autonomy but rejected calls for independence.

The last UN-led talks, under De Mistura’s predecessor Horst Kohler, were held in Switzerland in 2019, in a roundtable format including Morocco, the Polisario, Algeria and Mauritania.

Algiers has since refused to take part in further roundtable discussions.

Moroccan officials reiterated the kingdom’s “commitment to the resumption of the political process conducted under the exclusive auspices of the UN to achieve a political solution” based on a Moroccan plan for autonomy, the official MAP agency reported.

The Polisario in late 2020 declared the decades-old ceasefire null and void, after Moroccan forces entered no man’s land to break a Sahrawi blockade of a highway linking Moroccan-controlled territory with Mauritania.

Shortly after, the US administration of then-president Donald Trump recognized Morocco’s sovereignty over the territory in a quid pro quo for Rabat’s normalizing ties with Israel.

Algiers broke off diplomatic ties with Rabat in August, citing “hostile” actions by Morocco, which the kingdom denies.

De Mistura is due to finish his tour in Mauritania on Wednesday.