Art sales rebound to an all-time high of $2.7 billion after Covid-19 slump 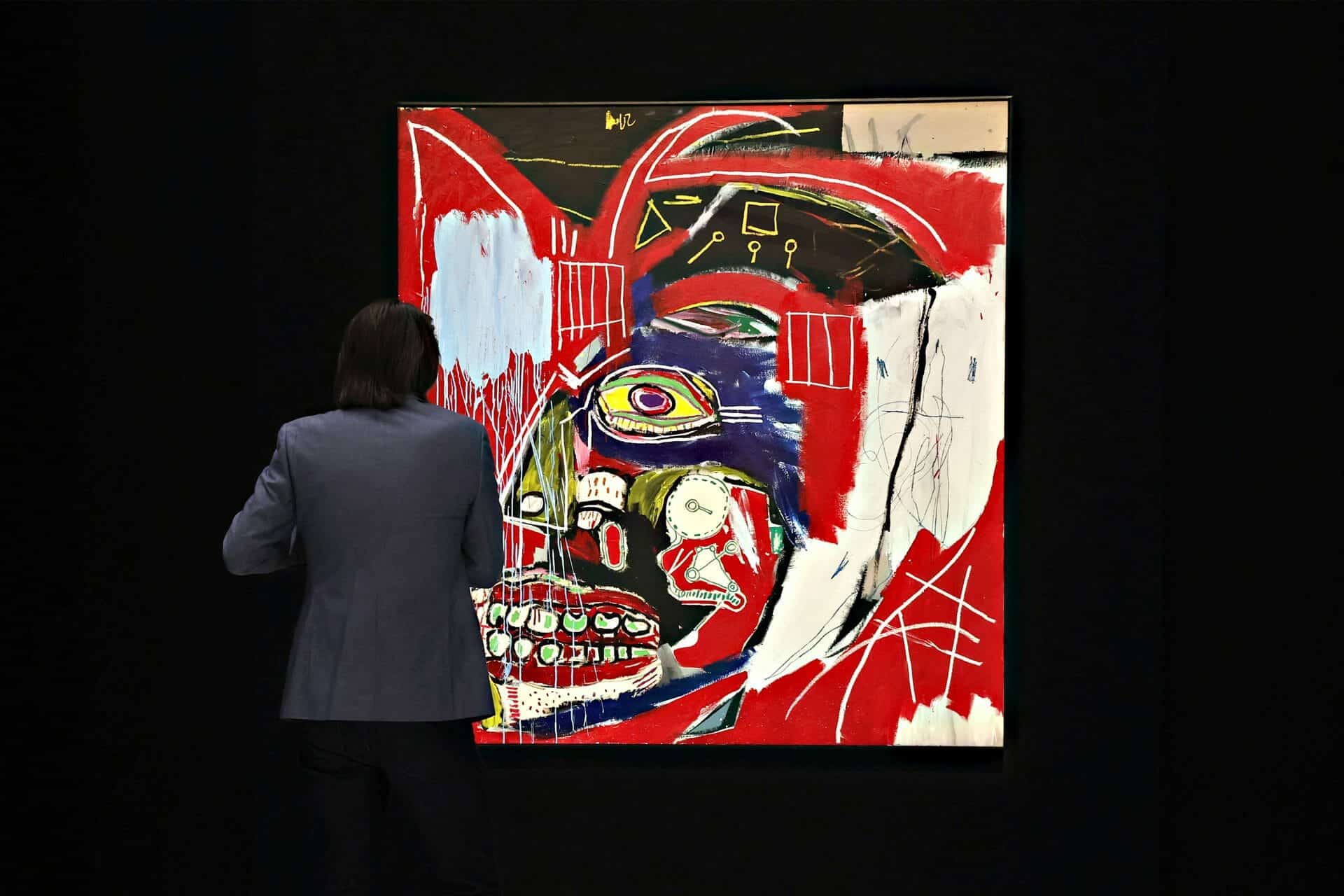 'In This Case' by Jean-Michel Basquiat on display during a preview of a sale at Christie's on May 7 in New York City. AFP

PARIS: Contemporary art auctions rebounded to an all-time high of $2.7 billion over the last year, boosted by online sales and the arrival of digital art in the form of “NFTs”, according to the annual report by Artprice released on Monday.
Having seen sales collapse by a third in the previous year because of the initial crisis caused by the pandemic, sales soared between June 2020 and June 2021 as auctioneers quickly adopted a more online approach.
“Photography and prints have been particularly successful in this new online environment and in 2021, we have seen the sensational arrival of completely dematerialized artworks, the famous NFTs,” said Artprice CEO Thierry Ehrmann in a foreword to the report.
NFTs, or “non-fungible tokens”, allow people to buy the rights to online art, including images, animation or even tweets.
In March, US artist Beeple sold an NFT of his digital artwork “Everydays: The First 5,000 Days” for $69.3 million to an Indian blockchain entrepreneur — the third-highest price ever achieved by a living artist.
Christie’s said 22 million people, nearly 60 percent under the age of 40, logged in to the sale, the first public auction of an NFT.
NFTs accounted for a third of online sales, and 2 percent of the overall art market.
Street artist Banksy got in on the game shortly after, selling an NFT of his work “Morons”, which featured an auctioneer selling a painting with the inscription: “I can’t believe you morons actually buy this shit”.
It sold for around $380,000.
But Artprice said another key driver of growth was the emergence of the Asian market, with Hong Kong establishing itself as the contemporary art world’s second city after New York.
China actually beat the United States for auction turnover, taking 40 percent of sales to America’s 32 percent.
Britain was in third place with 16 percent.
“In effect, Hong Kong is now playing an accelerator role for the most prominent young Western artists and it is establishing itself as New York’s primary competitor,” said Ehrmann.
The highest-selling contemporary artist remains Jean-Michel Basquiat, who died in 1988 but generated $93.1 million in sales over the past year.
Beeple comes in second thanks to his landmark NFT sale.
But the third place is also surprising: 68-year-old Chinese artist Chen Danqing, who has lived in the US since the 1980s, who was propelled by a $25.2 million sale in Beijing for his oil painting “Shepherds” in June, a record for Chinese art.
In terms of volume, the most popular artist is 3D artist Kaws, collected by pop stars including Justin Bieber and Pharrell Williams.
Kaws sold 1,682 works over the year, just ahead of another pop star favorite, Takashi Murakami, who has frequently worked with Billie Eilish and sold 1,591 lots.