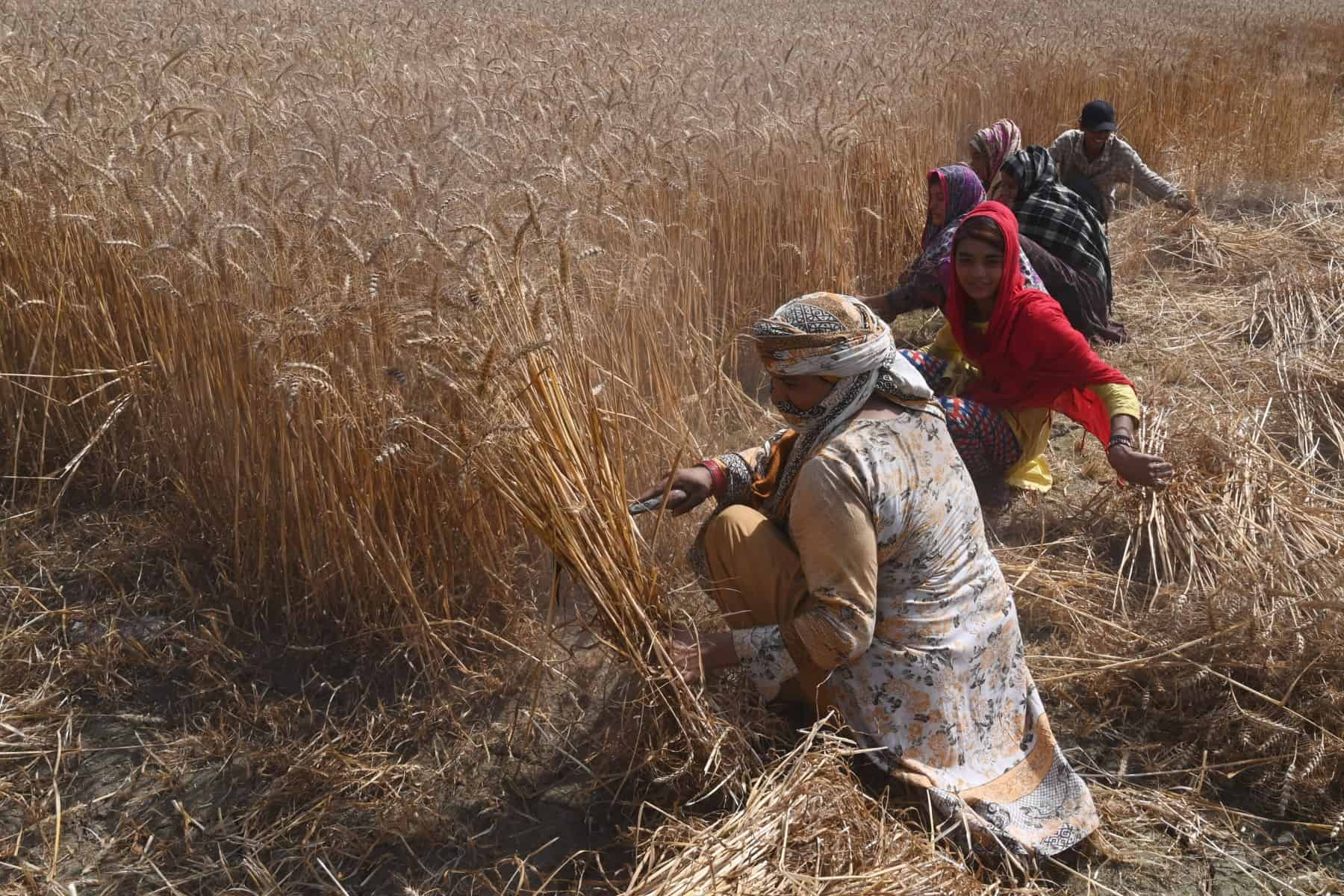 Farmers harvest wheat crop in a field on the outskirts of Lahore. (AFP)

Pakistan and Saudi Arabia on Sunday said they would discuss extending the term of a $3 billion loan to help Islamabad’s faltering economy.

The Gulf nation has long been an intelligence partner of Pakistan as well as a regular source of financial relief for successive governments.

The latest sign of support follows a visit to Saudi Arabia by new Prime Minister Shahbaz Sharif, who has inherited a crippling national debt, galloping inflation and a feeble rupee.

A joint statement said the kingdom would continue to support the Pakistani economy and had discussed “augmenting the $3 billion deposit with the central bank through term extension or otherwise”.

Saudi Arabia also pledged “to further enhance the financing of petroleum products” at a time when the South Asian country is suffering from frequent power cuts.

The statement comes after recent talks between Pakistan and the International Monetary Fund (IMF) over the release of funds under an existing $6 billion aid program that had stalled due to concerns about the pace of reforms.

“The little financial help we can get from any country would help us given the condition of our economy,” Dr Kaiser Bengali, a veteran economist, told AFP.

“But for how long will we run our economy on loans? This policy is not going to work even for the next five years.”

In recent years, Saudi Arabia has provided Pakistan with $4.2 billion of support in the form of the $3 billion loan deposited with the central bank as well as $1.2 billion in deferred oil payments.

As Sharif concluded his visit, Pakistani Finance Minister Miftah Ismail said he would stay in Riyadh to hold “technical-level talks”.