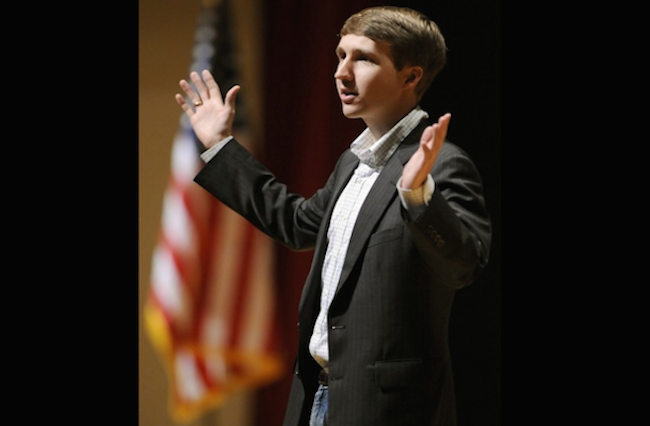 At 32, Howard Warren Buffett, the grandson of the Berkshire Hathaway founder Warren E. Buffett, has already enjoyed a diverse career.

He teaches at Columbia University, runs a farm in Nebraska, previously oversaw his family’s foundation and worked on economic redevelopment efforts in Afghanistan for the Defense Department.

So far, however, he has steered clear of the private sector investing that made his family’s famous name and enormous fortune.

Now, that is changing. Mr. Buffett has co-founded a permanently capitalized operating company with big ambitions — essentially mimicking the structure of Berkshire Hathaway, the $328 billion conglomerate that owns everything from railways to candy makers.

Although his grandfather has traditionally acquired stalwart companies with timeless appeal, Mr. Buffett is taking a decidedly more forward-looking approach. The plan is for the new company, called i(x) Investments, to invest in early-stage and undervalued companies that are working on issues such as clean energy, sustainable agriculture and water scarcity.

“I’m looking for that sweet spot,” Mr. Buffett said. “How do we improve society through these investments? How can we be creative with capital to address some of the greatest human needs?”

Mr. Buffett’s co-founder at i(x) is Trevor Neilson, who has had a similarly diverse career. Most recently president of the financial services firm G2 Investment Group, Mr. Neilson previously was the director of public affairs at the Bill & Melinda Gates Foundation and served on President Bill Clinton’s advance team.

Mr. Neilson, who will serve as chief executive, also framed the new firm’s mission as a question: “How do you harness the power of business to create social change?”

Though the company is just getting started, the founders are already talking a big game. Mr. Neilson said that friends and strategic partners were investing $2 million to $5 million this year.

Next year, he said, i(x) will accept $200 million from family offices, institutional investors and big companies. Mr. Neilson is on a road show of sorts, pitching i(x) to venture capital firms like Kleiner Perkins and Andreessen Horowitz and tech companies like Google.

Mr. Neilson is similarly ambitious when imagining how i(x) will deploy all that capital. He said the plan was to start slow this year, taking small stakes in early-stage companies. But he hopes the firm eventually will make investments worth $100 million each year. The goal is to file for an initial public offering by 2020.

So far, i(x) has not made one investment, though Mr. Neilson said the firm was close to taking its first two stakes.

One likely portfolio company breeds crickets to produce food for chickens and fish, a more ecologically sound, if somewhat unpleasant-sounding, alternative to traditional feedstocks like corn. Another likely investment will be in Skywater, which makes machines that turn natural humidity into drinking water. Some investments, such as one being considered in the solar energy financing company True Green Capital, could be as large as $100 million each.

Though such companies may sound futuristic, Mr. Neilson and Mr. Buffett believe there is a growing market for these products, and growing appetite to finance such endeavors. Investors, they say, are increasingly factoring ethics into their decision-making.

It was only in recent decades that some investors began avoiding certain morally dubious companies and sectors — hence the divestiture campaigns that focused on companies doing business in South Africa in its apartheid era and more recently have taken aim at fossil fuel producers and gun manufacturers.

Now, the i(x) founders say, investors want to put their capital to work in ways that will not simply avoid doing bad, but actually do some good in the world.

“Investors in the past haven’t seen their investments as an expression of their values,” Mr. Neilson said. “There is an evolving consciousness in the world which presents an historic opportunity for both social change, and profit.”

As i(x) gets underway, Berkshire Hathaway is under scrutiny for investing in enterprises whose products have drawn criticism over social issues.

Berkshire Hathaway is a large shareholder of Coca-Cola, and the elder Mr. Buffett regularly professes his love for junk food, even as American eating habits are changing to healthier fare. This month, the hedge fund manager William A. Ackman, trading public barbs with the Berkshire Hathaway vice chairman, Charlie Munger, said Coca-Cola had “caused enormous damage to society.”

Berkshire Hathaway also controls Clayton Homes, the nation’s largest homebuilder, which has been accused of preying on the poor. And it owns BNSF Railway, which runs pollutant-spewing trains and transports coal, other fossil fuels and hazardous materials.

Mr. Buffett said that he had not asked his grandfather for advice or money while starting i(x). Neither his father, Howard G. Buffett, who focuses on the family foundation, nor his grandfather is an investor.

“I’m very careful about what I bring in front of each of them, and even more careful about how I portray that publicly,” Mr. Buffett said.

Mr. Buffett said he told Mr. Neilson: “Don’t expect we’re going to be calling Warren up on the phone and getting input on this.”

But it is no coincidence that i(x) is structured as a permanently capitalized operating company. That structure — essentially a holding company that owns independently operated companies, and stakes in others — has allowed Berkshire Hathaway to become one of the most valuable enterprises on earth.

Unlike a private equity firm, which buys and sells companies, Berkshire Hathaway buys and holds. And instead of taking 20 percent of profits for himself and other managers, Warren E. Buffett reinvests profits into the company.

“Compound interest is the miracle of Berkshire Hathaway,” said Todd Morley, a co-founder of Guggenheim Partners, the investment firm with $300 billion in assets, and also founder of G2 Investment Group. G2 is investing in i(x), and Mr. Morley will be an adviser to the firm.

Buying and holding companies, rather than selling them, also allows conglomerates to defer costly tax payments.

“It’s actually the architecture of a permanent capitalized operation company, the ability to compound and defer, that becomes the alpha generator,” Mr. Morley said. “That is why Berkshire has outperformed the S.&P. by absurd percentages.”

Because i(x) will be investing in nascent technologies, a long-term horizon is particularly important.

“A fund structure, with its finite life cycle and investors wanting to see returns, is not the right model for impact investing,” Mr. Neilson said. “The world’s biggest problems have to be addressed through sustained investment.”

In addition to helping find and screen investment opportunities, Mr. Buffett’s role at i(x) will be focused on devising systems by which to measure the contributions to society.

For Mr. Buffett, who has thus far spent most of his career in the public sector and academia, the decision to start a permanently capitalized operating company was not an entirely obvious choice, but one that took full advantage of his family’s legacy.

“Howard is on a search to find where he can have the most impact,” said William B. Eimicke, a professor at Columbia University who taught Mr. Buffett, and now teaches a class jointly with him. “This is an actualization of where he’s been focused.”

For Mr. Buffett, the hope is that i(x) will essentially become a baby Berkshire Hathaway with a conscience.

“We’re looking at the long-term horizon and investments that are doing more than avoiding bad, but are actually trying to improve the world,” Mr. Buffett said. “It’s about taking the potential for capitalism to the next level.” 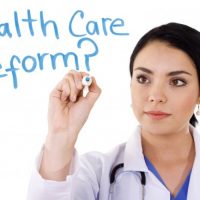 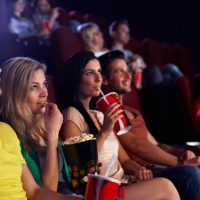 Four lessons for turning around a declining business 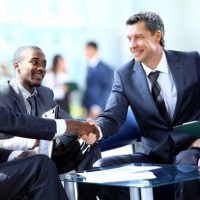 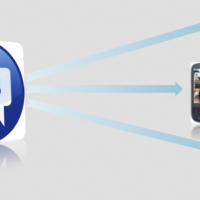 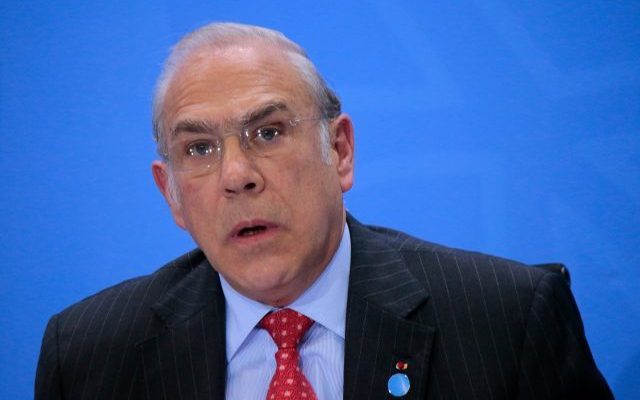 Q: At WEF, you are representing one of the leading global organizations. What is your biggest worry for this year? A: If you ask all...