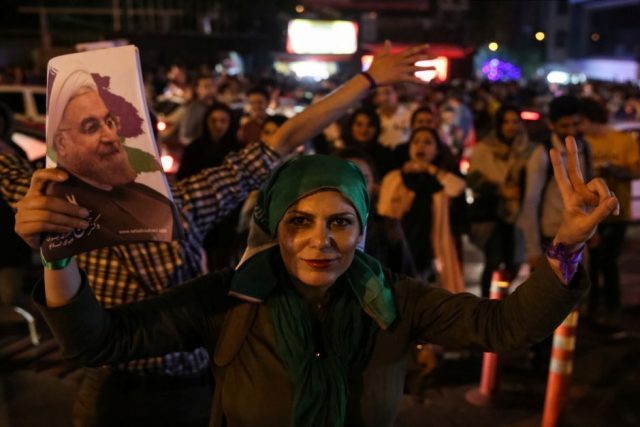 One of the supporters, of Iranian president Hassan Rouhani, carrying his poster in Tehran

Reformist President Hassan Rouhani’s second consecutive win in Iran is expected to usher in an era of positive developments for the global oil market. As much of Iranian policies and dealings with Middle east and the US are expected to stay the same, it could bring more stability in Iran and across the world.

Rouhani has been re-elected in a fiercely contested election that saw unusual voter turnout in Iran on Friday. More than 40 million out of 56 million registered voters went to the polls in the democratic showdown that grabbed the attention of the world.

When the final results came on Saturday, Rouhani had secured a 57 per cent outright victory over his main rival hard-line conservative cleric Ibrahim Raisi.

The Iranian economy is clearly at a crossroads. With international sanctions eased, growth has returned. Oil exports have doubled, reaching pre-2012 levels. Vast potential lies in the world’s largest combined hydrocarbon reserves: Iran has 34 trillion cubic meters of natural gas, the world’s largest and 18 percent of the global total, while its oil reserves are the world’s fourth largest, nine percent of the global total with 159 million barrels.

Iranian people are global think-tanks are expecting Rouhani to capitalize on this during his second term as nation’s president.

“With inflation and the exchange rate, the economy has stabilized under president [Hassan] Rouhani (first elected in Rouhani) and shown clear signs of recovery,” a leading Iranian business journalist told TRENDS. “But people’s expectations are high.” While Iran’s GDP is the third largest in the Middle East – behind Turkey and Saudi Arabia – its GDP per head is just $13,000, compared with $20,000 in Saudi Arabia, $42,000 in the UAE and over $100,000 in Qatar. Iran needs to develop productive industry, and as a first step it needs investment and technology transfer.

With domestic capital short and the banking sector stymied by the debts left from the previous administration of President Mahmoud Ahmadinejad, foreign involvement is crucial. A spate of announcements after sanctions eased following the 2015 nuclear agreement – the JCPOA, Joint Comprehensive Plan of Action ­– have been followed by a period of ‘wait and see’ as many would-be investors assess the behavior of the Trump administration and the likelihood of the US Congress piling pressure on Iran.

With the winning of Rouhani, who championed the signing of the 2015 nuclear deal with the P5+1 nations, five permanent members of the UN Security Council plus Germany, relations between Iran and the rest of the world are expected to remain pretty much the same.

Moreover, the president has expressed his willingness to reach out to the outside world more often.

“The Iranian nation has chosen the path of interaction with the world, a path which is distant from extremism and violence,” Rouhani said in his first speech after the victory.

Hence the outcome is supposedly a positive development for the global oil market as it brings more stability in Iran and across the world.

Deal or no deal?

Analysts had feared that had Raisi won the election, the nuclear deal would have come under threat even though the cleric vowed to honour the agreement.

The clinching of the nuclear deal paved the way for Iran to re-establish its trade relations and has restarted oil exports.

Iran had said that it will increase its oil exports to reach the pre-sanction levels. The country had been holding up to 40 million barrels of crude oil and condensate in floating storage, which it had been unable to sell because of the sanctions imposed on it over the past years.

In December last year, when the members of the Organization of Petroleum Exporting Countries (OPEC) and non-members including Russia agreed on the first oil output cuts since 2008, Iran was exempted on the grounds that the country had severe economic losses under the sanctions so that it had to be allowed to boost oil production.

Sometime in February, the hydrocarbon resource rich country’s crude-oil exports touched 3m barrels a day for the first time since the 1979 Islamic Revolution.

But analysts fear that any attempts from Iran to flout the nuclear deal could put the brakes on the country’s thriving oil exports, trade and investments.

“The fate of the 2015 nuclear deal potentially hangs in the balance, depending on the outcome of the election,” said Helima Croft, global head of commodity strategy at RBC Capital Markets in a note on Monday.

“Raisi would likely support the provocative military and regional policies that are already imperilling the nuclear agreement and are leading to increasing calls in Washington to reinstate extra-territorial sanctions,” warned the analyst, adding that such policies could include “ballistic missile tests, arms shipments to the Houthi rebels and Syrian President Assad, and aggressive naval manoeuvres in the Straits of Hormuz.”

“Having an Iranian president publicly endorse provocative military manoeuvres could fast track a confrontation that claims the nuclear deal as its casualty,” she said in the pre-results note 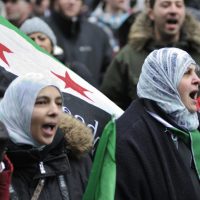 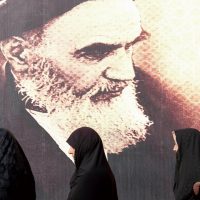 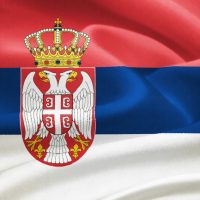 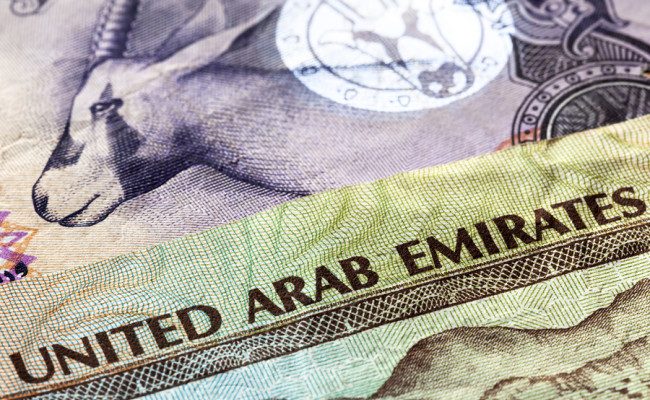 Despite a slowing economy, Dubai has passed an expansionary budget for 2016, increasing expenditure by 12 percent over 2015’s AED41 billion figure. Last year, the...