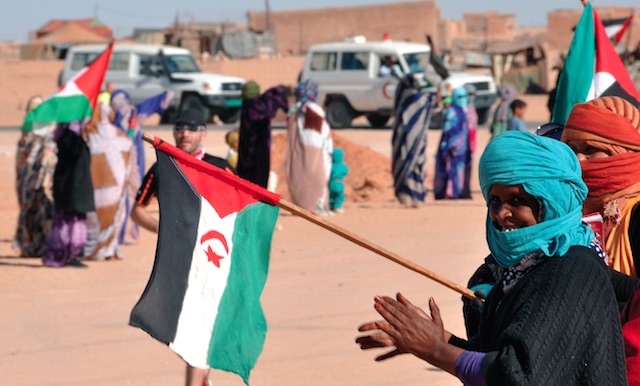 By all accounts, Morocco’s claims over the disputed territory in Western Sahara will be a major obstacle in its attempt to join the African Union (AU), a continental grouping consisting of 54 countries in Africa. Even as Algeria stresses that Morocco has to stop calling for the membership withdrawal of the Sahrawi Arab Democratic Republic (SADR) – Western Sahara – Morocco’s King Mohammed VI is ready to play his cards.

Morocco, the only African state that is a member of the United Nations but not of the African Union, left the AU’s predecessor, the Organization of African Unity (OAU), in 1984 due to the recognition of the SADR as a member state. However, before the AU’s recent summit in July, Morocco apparently worked behind the scenes to obtain members’ signatures, announcing its intention to set foot in the pan-African organization.

“The Kingdom of Morocco was a founding member of OAU and decided to leave the organization,” Jacob Enoh Eben, the spokesperson of the African Union Commission, recalled. “Subsequently, the AU was launched in 2002 to replace the OAU. As such, should the Kingdom of Morocco wish, it will be joining the AU and not ‘rejoining’ the AU.”

Over the years, AU members have withdrawn their recognition of the SADR as their relationships and cooperation with Morocco have improved. Among these states are Sao Tome and Principe, the Democratic Republic of the Congo, Togo, Benin, Madagascar, Burkina Faso, Burundi, Chad, Seychelles, Guinea-Bissau and Swaziland.

Not surprisingly, at the latest AU summit, Morocco reportedly managed to secure the support of 28 of the 54 members. The remaining states, led by South Africa and Algeria, didn’t oppose the new membership but they insisted that the membership of the SADR is non-negotiable, as it is a founding member of the AU.

For Morocco to join the AU, an approval by vote has to be granted by the member states, but because of the country’s push for the simultaneous removal of the Western Sahara state as a precondition to its return, matters are becoming complicated.

“While it can easily become a member of the AU through a simple majority, Morocco’s goal is to become a member only if the SADR is suspended from the organization and for that, Morocco needs to get the two-thirds majority,” said Dr Yahia H Zoubir, professor of international studies and international management, and director of research in geopolitics at Kedge Business School in France.

According to SADR Foreign Affairs Minister Mohamed Salem Ould Salek, Morocco’s only interest in rejoining the AU is to gain time at the international and domestic levels to boot out SADR. The decision, he feels, stems from the country’s repeated failures to secure support at the international level as human rights bodies and NGOs continue to condemn Morocco for war crimes and crimes against humanity perpetrated against the people of Western Sahara.

Reacting to Morocco’s push for the simultaneous removal of the Western Sahara state as a precondition to its return, Dr Zoubir told TRENDS, “Even Morocco’s request is presented as a surprise to many. For the close observer, its precondition is the logical, predictable result of determined diplomatic moves, which have been underway in recent years, especially since 2013.”

He added: “The real objective of Morocco is to weaken the organization in which the most powerful members (Algeria, Nigeria and South Africa) are supporters of the SADR. By creating such divisions within the AU, Morocco’s wishes to display its influence through the support it has garnered among francophone West African countries to get as many withdrawals of diplomatic recognition of the SADR by African countries [as possible].”

“The other objective is not only to weaken Algeria’s position on Western Sahara, but also to demonstrate Morocco’s growing influence in the continent,” he continued. “Morocco has been quite astute in taking advantage of Algeria’s neglect of Africa, which was rather evident until 2013. To put it in a nutshell, Morocco is hopeful that through continued lobbying and with support from pro-Moroccan France, which exerts great influence on many of its former colonies in Africa, it would force the AU to expel the SADR and gain a seat in the AU, thus creating a crisis with unpredicted consequences for Africa.”

For its part, the African Union Commission sent out a statement clarifying that “the Kingdom of Morocco did not attend or address the 27th Assembly of Heads of State and Government that was held on 17-18 July 2016, in Kigali, Rwanda. However, President Idriss Deby Itno, President of the Republic of Chad and current Chairperson of the African Union, informed the Chairperson of the AU Commission, HE Nkosazana Dlamini Zuma, that he had received a correspondence from the King of Morocco, HM Mohammed VI, regarding the intention of Morocco to join the AU.”

This issue, however, was neither on the agenda of the summit nor a subject of discussion during the proceedings of the Assembly of Heads of State and Government, Jacob further explained in his statement to the media. In its statement, the African Union Commission went on to recall Article 29 of the Constitutive Act of the AU, relating to admission of membership. According to that Article, “any African State may, at any time after the entry into force of this Act, notify the Chairman of the Commission of its intention to accede to this Act and to be admitted as a member of the Union… The Chairman of the Commission shall, upon receipt of such notification, transmit copies thereof to all Member States. Admission shall be decided by a simple majority of the Member States. The decision of each Member State shall be transmitted to the Chairman of the Commission who shall, upon receipt of the required number of votes, communicate the decision to the State concerned.”

Finally, the statement noted that “the AU Commission wishes to recall that the AU Constitutive Act does not have any provision for the expulsion of any Member State of the Union.”

Dr Zoubir pointed out that, by insisting that the AU Constitutive Act does not have any provision for the expulsion of any Member State of the Union, “the commission had rebuked Morocco’s demand in no uncertain terms.”

As part of its support for Western Sahara’s cause for self-determination, the Algerian Prime Minister, Abdelmalek Sellal, speaking before the Parliament, stressed that the SADR is a founding member of the African Union and that Morocco has to stop calling for the withdrawal of its membership.

“The AU’s position has remained very clear on its right to self-determination and has, through various summit decisions, re-stated and emphasized this position,” Jacob reiterated, adding that the appointment of the AU’s Special Envoy, former President Joachim Chissano of Mozambique, was to gather more support and help ground the AU’s position, and to have the people of the SADR determine their fate through the holding of a UN-backed referendum.

“Having heavily invested in bolstering its economic and diplomatic ties with other African nations over the past two decades, Morocco sees an opportunity to return to the continental bloc and to boot out the SADR at the same time,” Omar Lamrani, Stratfor’s senior military analyst, told TRENDS.

He added: “Several AU members have already withdrawn or suspended their recognition of the Polisario as their relations with Morocco have improved. Going forward, Morocco will be engaging in heavy diplomacy to bring enough African countries behind it for the necessary momentum it needs to rejoin the AU while driving the Polisario out. However, Morocco’s attempts will not be easy, as strong African powers such as South Africa and Algeria will challenge Morocco’s effort.”

Despite that fact, Algeria may have not have been paying enough diplomatic attention to the African continent, Zoubir affirmed that “Algerian diplomacy has awakened to the necessity of paying much closer attention to the African continent, which has taken on added geopolitical importance not only for Algeria and Morocco, but also for the major outside powers (US, China, France, Russia, India, Brazil and Japan).”

“Algeria had established close relations with African countries in the past,” he noted. “More recently, it also forgave the debts of many African countries. Therefore, it could launch a diplomatic offensive in Africa, making it possible for Algeria to compete more effectively with Morocco and preventing the latter from neutralizing Algeria’s national interests, not only with respect to the question of Western Sahara, but also in the Sahel and the rest of Africa.”

In a show of strength, the Polisario Front – the independence movement for Western Sahara – gathered in southern Algeria’s Tindouf, with its harsh and extreme desert climate, last February to commemorate the 40-year anniversary of their founding. That day, their military prowess was on full display as members of the Polisario  paraded with guns, rocket launchers and tanks, demonstrating their pledge to return to their homeland.

“By organizing the military exhibitions of the SADR’s 40th anniversary, the Sahrawis want to show they have a well-prepared army,” the Front’s PM, Omar Taleb, told reporters. “The armed struggle for independence is a possibility that isn’t ruled out and for which we are preparing.”

The front was formed to drive out Spanish colonialists back in the 1970s. Once the Spaniards left, Moroccan military forces marched in and annexed the territory in a move that has never been recognized by the international community. The occupation of Western Sahara’s territory led to a bloody guerrilla war, with thousands of Sahrawis being driven out to neighboring Algeria, where they have been left to eke out a living with the barest of necessities in some of the harshest conditions on earth.

After two decades of guerrilla war, the United Nations succeeded in brokering a cease-fire. The peace deal was signed in 1991, but many of its promises – such as the organization of a self-determination referendum – have failed to take shape.

Talks between the Polisario Front and Morocco have been stalled since 2013. In a speech he made in 2015, King Mohammed VI proudly announced that the “Sahara will remain part of Morocco until the end of time.”

The SADR’s policy consists on finding a peaceful solution to the conflict. However, according to SADR officials, this policy could well change if concessions are not made quickly to help find a solution. Sahrawi refugees living in the harsh desert conditions of the camps for 40 years now have alerted of a mounting humanitarian crisis as humanitarian assistance has declined following global economic slowdown.

According to the UNHCR, there are more than 90,000 Sahrawi refugees living in camps and their numbers keep increasing year after year. For Brahim Ghali, the new secretary-general of the Polisario Front and president of the SADR, “Western Sahara has become a mature state.” SADR’s Foreign Minister Salek added, “That’s why we say it’s a good time for Morocco to seize the opportunity and come to its senses by agreeing to apply [terms] that it has duly signed under the UN auspices and the African Union. The international community (and) the UN, including the EU, does not recognize Morocco’s sovereignty over our territory.”

“Morocco’s policy,” he insisted, “isn’t going to yield results in the end.”

Whatever be the case, there is little doubt that Morocco will continue lobbying to expel SADR. However, going beyond the votes, the point is whether AU will even consider putting such a question to a vote, because such a move will put its very existence into question. 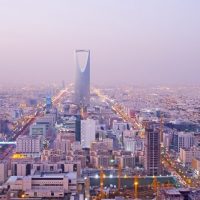 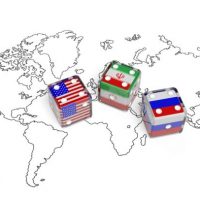 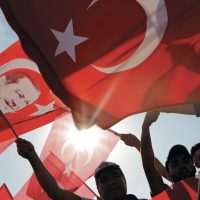 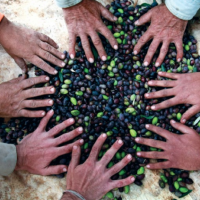 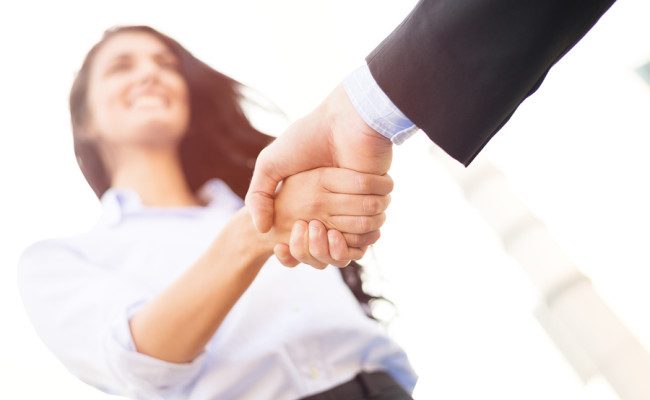 Don’t be afraid to be nice

It only took me about three seconds to decide what to wear on the first day in my new job as strategy director at Genuine...