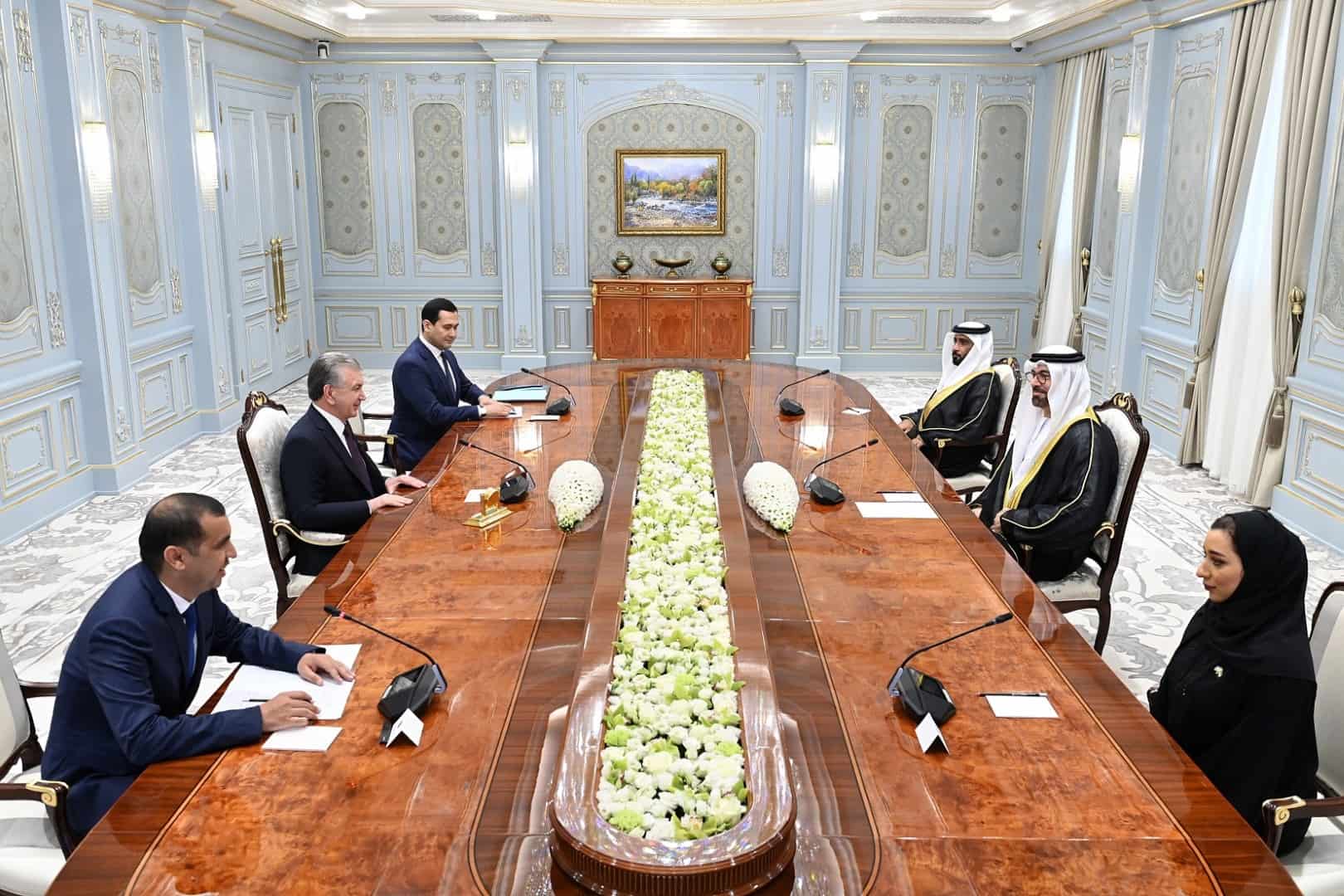 The UAE and Uzbekistan have launched a new phase of their strategic partnership to “promote the exchange of knowledge, expertise, and successful experiences.”

The announcement was made as President of Uzbekistan Shavkat Mirziyoyev received Mohammad bin Abdullah Al Gergawi, Minister of Cabinet Affairs, and a UAE government delegation here to review the achievements stemming from the strategic partnership for government modernization between the two sides.

The MoU was signed by Al Gergawi and Sardor Umurzakov, Deputy Prime Minister – Minister of Investment and Foreign Trade of Uzbekistan, to extend for three years the strategic partnership agreement for government modernization, launched by the two sides in April 2019.

Areas of cooperation in the strategic partnership agreement have been updated to include the financial sector, education sector, economy, government leadership, food security & agriculture; and ports & customs.

Extending the strategic partnership is reflective of the distinguished relations between the two governments, and builds on the success achieved through the partnership launched in April 2019, with the aim of developing institutional capabilities and enhancing their efficiency by benefiting from the best experiences and advanced government models developed by the UAE government.

The expanded strategic partnership signed by the UAE and Uzbekistan covers 27 sectors, involving initiatives in government modernization to benefit from the UAE’s experience and promote the relations between the two nations.