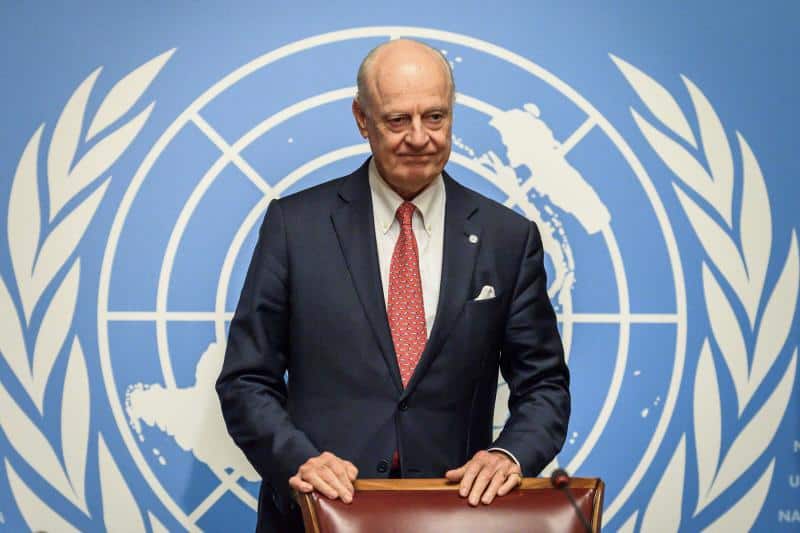 The United Nations envoy for Western Sahara, Staffan de Mistura, was on a visit to Morocco on Monday but has cancelled a planned trip to the disputed territory itself, the UN said.

“He has decided not to proceed with a visit to Western Sahara during this trip, but looks forward to doing so during his upcoming visits to the region.”

The Polisario Front that seeks independence for the desert territory said it “deeply deplores that the occupying state of Morocco has once again resorted to obstructionism and delay tactics to prevent” de Mistura’s visit.

In a statement released in New York, it added that this “demonstrates beyond any doubt that the occupying state has no political will to engage constructively in the UN peace process in Western Sahara”.

Morocco sees the region as part of its sovereign territory and has offered limited autonomy there, but the Polisario and its main patron Algeria want a referendum on full independence.

Rabat made no official mention of the visit, but local media reported that the Swedish-Italian diplomat had arrived in the North African country on Saturday.

The UN appointed de Mistura in November after a long hiatus in talks over the Western Sahara, a former Spanish colony with access to vast phosphate resources, rich Atlantic fisheries and a strategic highway into West Africa.

The last UN-led peace talks involved top officials from Morocco, Algeria, Mauritania and the Polisario, but they were frozen after UN envoy Horst Kohler quit the post in May 2019.

Dujarric had said at a press conference on Friday that de Mistura was planning to visit the Western Sahara during a trip that would include meetings with “all concerned interlocutors in the region” to examine how to “move forward the dialogue within the context of the relevant Security Council resolutions”.

No official reason was given for the cancellation, but sources say Moroccan authorities had voiced reservations about such a trip when de Mistura met them in January.

The Western Sahara conflict, which had been largely frozen since a 1991 ceasefire, flared again in late 2020 after the Polisario declared the truce null and void.

The next month, the administration of then-US president Donald Trump recognised Morocco’s sovereignty over the territory in a deal that saw the kingdom mend ties with Israel.

De Mistura, the UN’s former Syria envoy, in January made his first tour in the post, visiting Morocco, Mauritania, Algiers and Tindouf in Algeria to meet the Polisario.