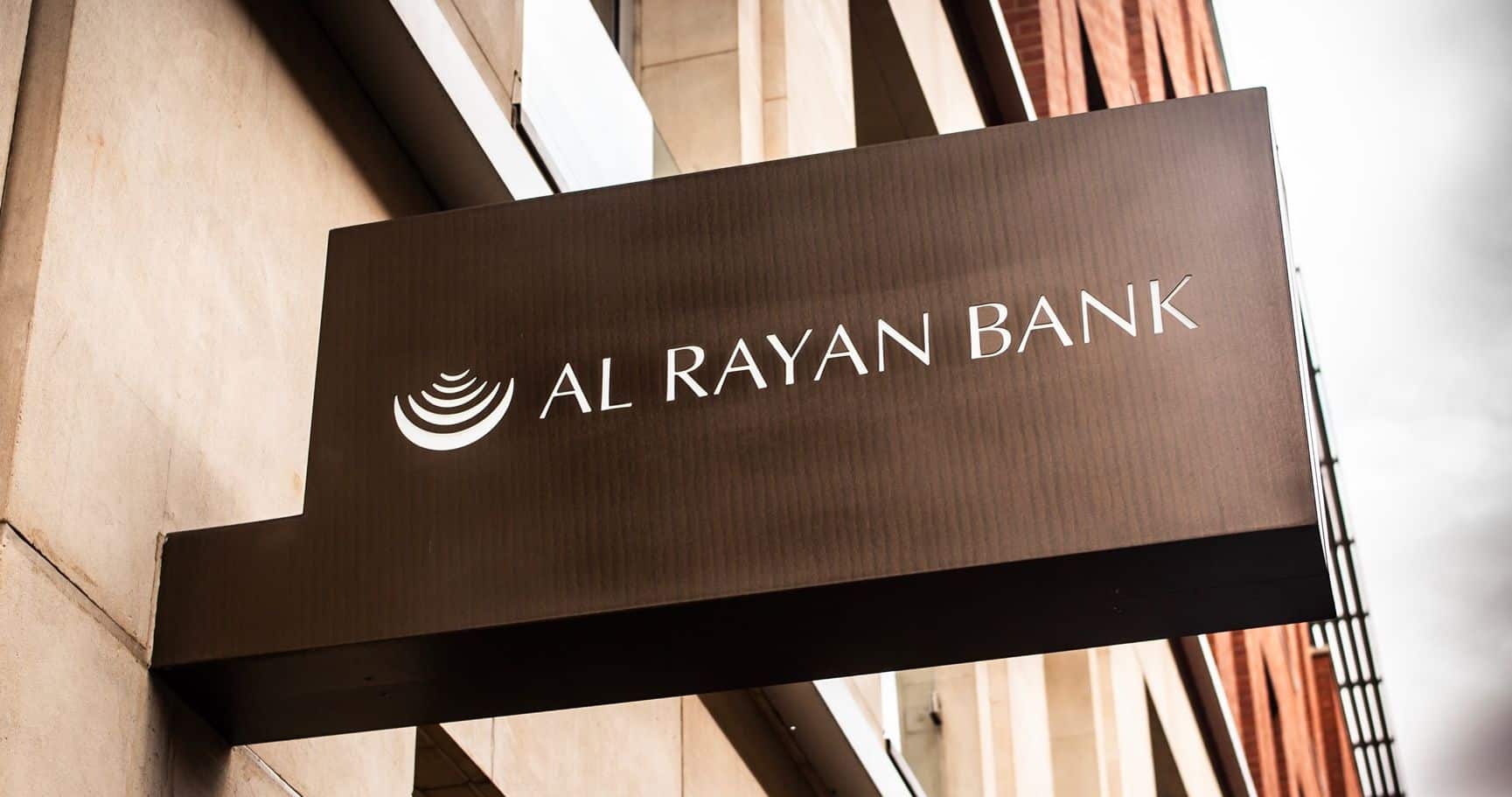 The Al Rayan Bank in the UK is the sole Europe-born institution that is a fully Shariah-compliant retail bank.

A report by ratings agency Standard & Poor’s says that the $2.2-trillion Islamic finance industry is set to take off in a big way across the world as it recovers from the Covid-19 pandemic.

The report expects the industry to grow at a rapid clip of 10-12 percent in the current year, largely on the back of issuance of new Islamic bonds as well as expectations of an economic recovery in key Islamic countries around the world.

This is only natural as these regions are home to a large chunk of the world’s Muslim population and many of the richest countries in the world, notably the GCC and to some extent the South East Asian nations.

However, one of the biggest concentrations of relatively affluent Muslims outside of Middle East and Asia lives in Europe, and this segment remains largely untapped by Islamic finance and banking industry, despite attempts over the years.

The EU is believed to be home to close to 28 million Muslims, hailing from various parts of the world.

With one of the highest GDPs per capita in the world, that stood at $44,539 on PPP basis, the Muslims in Europe may hold close to $1,247 billion, or almost 57 percent of the total size of Islamic finance industry today.

It is not that Europe is unknown to Islamic finance or vice versa. Indeed, a few countries like the United Kingdom have been at the forefront of this in the Old Continent.

Of the 109 institutions that provide Islamic finance education in Europe, almost two-thirds are in the United Kingdom, which issued its first Islamic bond or sukuk valued at £200 million as early as 2014.

While there are foreign banks in various EU countries like Germany or France that offer select Islamic finance products, the Al Rayan Bank is the sole Europe-born retail bank in this domain.

In addition, Luxembourg has emerged as a center for issuance of Islamic bonds and listing of Shariah-compliant mutual funds, thanks to its image as a dynamic financial services hub, notably for offshore funds as well as pan-EU funds.

However, the Islamic finance industry has failed to make any impact in two countries with relatively large Muslims populations: Germany and France.

Germany has a large Turkish-origin population that account for a large chunk of the €10 billion that workers in Germany repatriate each year on an average.

Similarly, France is home to close to 6 million Arabs from North African nations who also send billions in remittances to home.

This sizeable population of Muslims has created demand for Islamic finance products across Europe both in terms of retail customers as well as companies and institutions looking for Shariah-compliant investments and products.

Moreover, some of the most high-profile projects in Europe have been financed entirely or at least partially through Islamic finance products.

Notable is the 95-story Shard, the landmark skyscraper in London, which is also the tallest building in the entire continent, and was financed entirely by Shariah-compliant funds.

Moreover, the Muslim diaspora from various countries living in Europe has become more aware of its religious practices and is better informed now about the development of Islamic finance across the world, and has developed a desire to follow suit.

While corporate financial products adapted to Islamic laws may become more popular and widespread across the European Union, the biggest challenge for development of the Islamic financial industry lies in its client-facing and retail sides of business due to the sharp rise in political discourse that has become increasingly racist, anti-immigrant, and Islamophobic.

Over the years, as the political spectrum shifted towards far right all over Europe, there have been vocal and even violent protests against a whole range of companies trying to introduce products targeting the Muslim population.

For instance, in 2016, France banned a full-body swimsuit for women called burkini on the ground that it was against the French law banning display of any religious symbols worn by people. The ban was finally overturned by courts, but after a major controversy over the issue.

More recently, in 2019, French sporting goods giant Decathlon was forced to drop plans to introduce sportswear crafted for Muslim women, including a runner’s suit as well as head scarf, in the face of sharp criticism from even the center-right politicians, including a minister in the Macron government.

The then health minister Agnes Buzyn said she would have preferred that a French company did not promote headscarf in France, while another woman, center-right Les Republicains party’s spokesperson Lydia Guirous, said that by introducing such products, Decathlon had “submitted to Islamism.”

Though Decathlon initially tried to hold its ground saying it had introduced the product since it was a requirement of certain runners, it was quickly forced to back down and cancel the plans.

Similarly, there have been controversies about production and sale of halal food products in Europe, driven by Islamophobia across the continent.

Earlier this year, France modified the rules governing slaughter of animals, leading to criticism that it was aimed at curtailing availability of halal meat products in the country.

Similarly, retailers have faced criticism from various quarters about introducing and advertising halal products in their shelves, while some schools have banned halal food in their lunch menus for students.

In face of such hostility, it is no wonder that the retail Islamic banking and finance industry has remained extremely limited and under the radar in the region.

It may remain so for many years to come, curtailing the development of the Islamic finance industry in one of the most prosperous parts of the world.