Altaaqa and TotalEnergies to set up EV charging ports in KSA 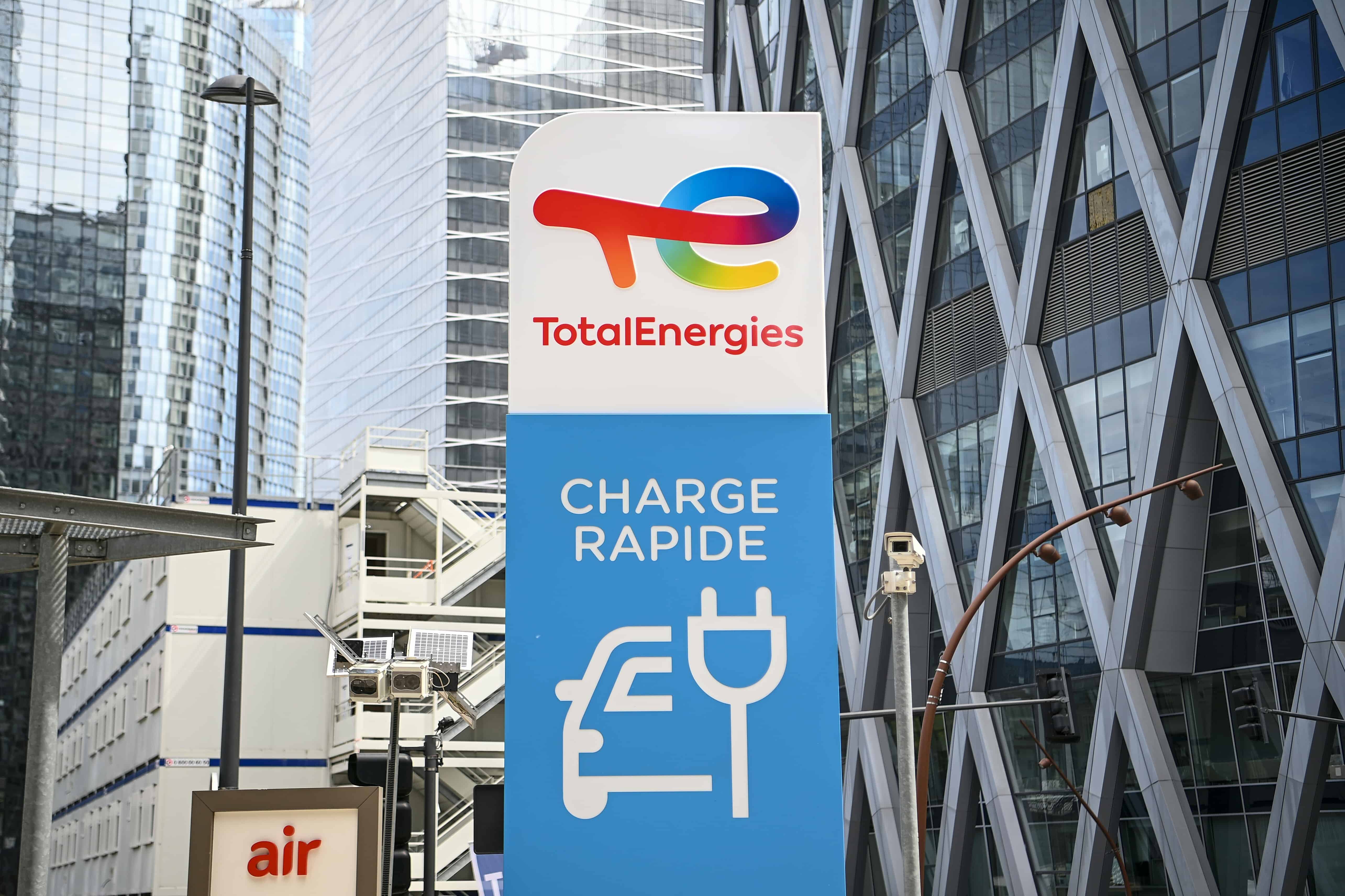 This photograph shows the new TotalEnergies logo during its unveling ceremony, at a charging station in La Defense on the outskirts of Paris. (Photo by Christophe ARCHAMBAULT / AFP)

Altaaqa of Saudi Arabia and TotalEnergies of France have teamed up to establish charging stations for electric vehicles in the kingdom.

Under the Altaaqa EV brand, the companies will offer end-to-end solutions for the development of the stations, which include adequate infrastructure and equipment deployment.

The move will help Saudi Arabia in its bid to achieve net-zero carbon emissions by 2060.

“It’s a great opportunity to be committed to the transition toward more sustainable land transport in the Kingdom of Saudi Arabia,” said Pierre Clasquin, vice president of EV charge division, TotalEnergies.

Majid T. Zahid, group president – Energy at Zahid Group said: “The announcement of this new agreement will reassure automotive retailers and end-users across the Kingdom of Saudi Arabia.”

He added: “As they transition toward electric vehicles they can rely on TotalEnergies’ state-of-the-art charging solutions and Altaaqa’s technical expertise and operational excellence.”