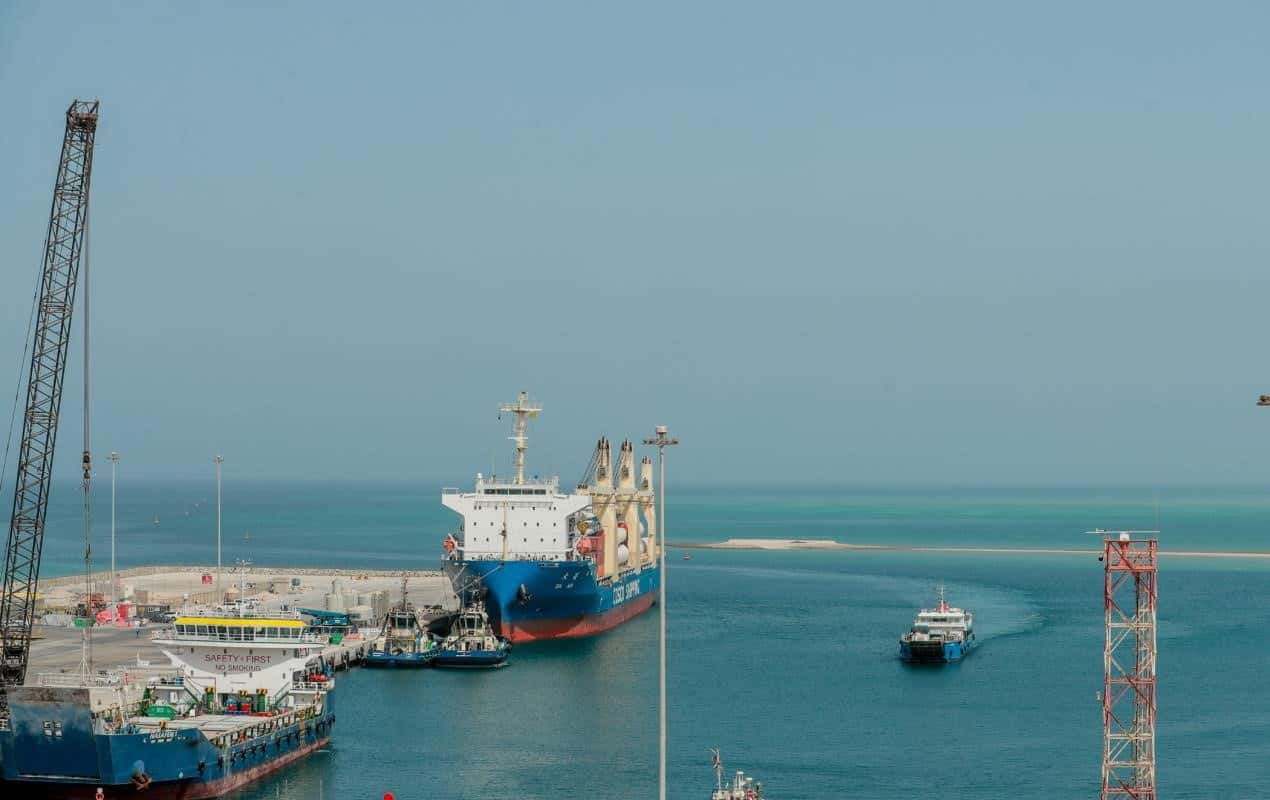 This was the first shipment since Mugharraq Port was recognised as an international port facility. (WAM)

Abu Dhabi, UAE— AD Ports Group Thursday announced the arrival of the first international shipment at Mugharraq Port, one of the high-performing ports located within the Al Dhafra Region.

This is the first shipment since Mugharraq Port was recognised as an international port facility under the provision of the International Code for the Security of Ships and of Port Facilities (ISPS Code) by the UAE’s Ministry of Energy and Infrastructure.

International recognition was achieved after a series of major upgrades at the port, including the extension of the quay wall up to 480 metres with additional berths, deepening of the facility’s depth to 8 metres, as well as the development of additional Ro-Ro ramps.

Mugharraq Port’s enhancements, coupled with its strategic proximity to Ruwais, Hail, Ghasha, and other key upstream oil and gas projects in the region, further solidify its position as an ISPS port well-equipped to meet the evolving need of international operations, AD Ports said.

The port has long served as a leading maritime facility, offering a host of offshore, oil and gas, general cargo, logistics support, bulk, and break-bulk handling services. It connects nearby Delma Island via RoRo and ferry services.