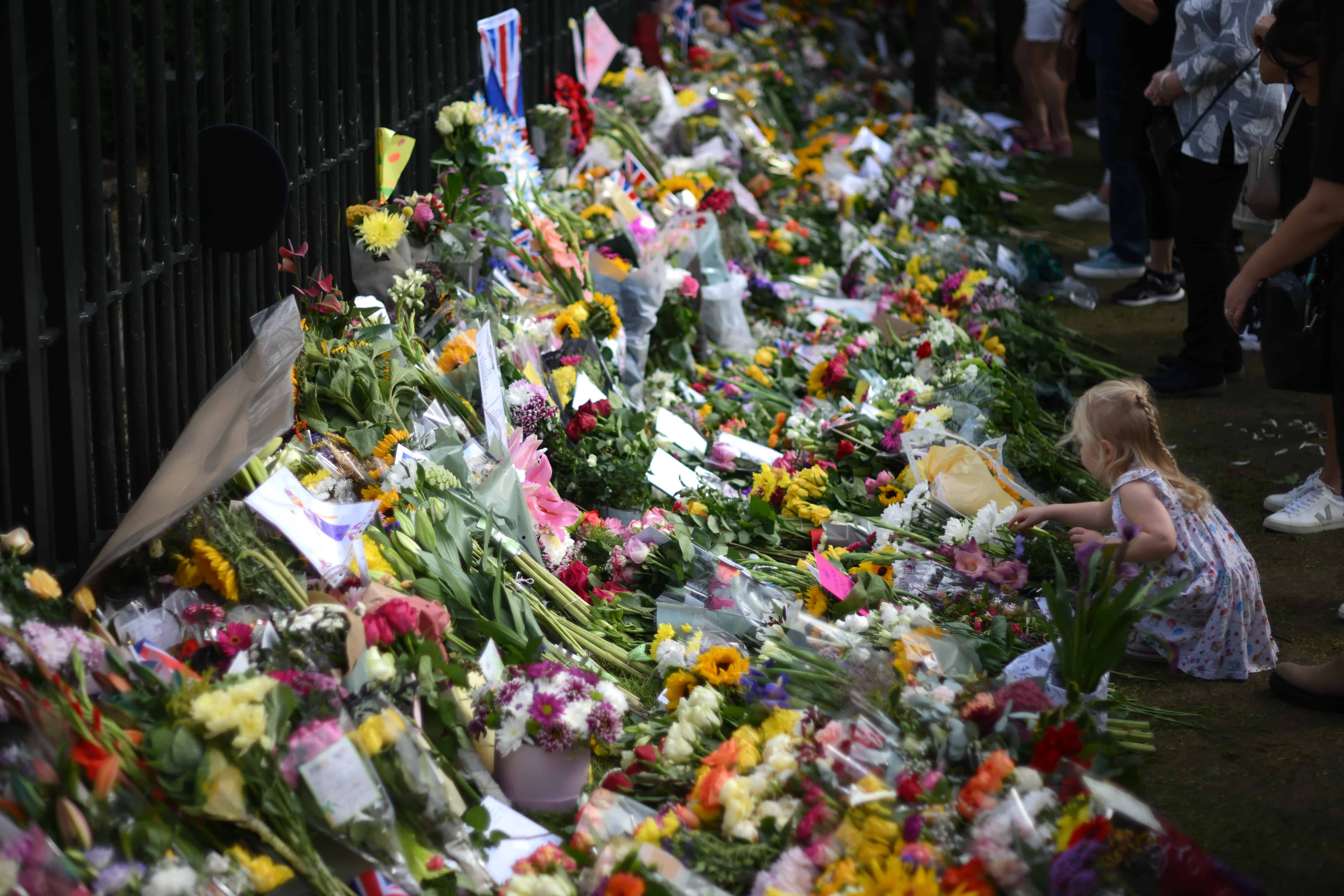 Some predicted that demand for flowers in the run-up to the Queen's funeral will exceed that seen after the death of Princess Diana in 1997.

By TRENDS Desk AFP
September 13, 2022 1:03 pm
Share
London, United Kingdom– Flower sales are set to blossom for the state funeral of Queen Elizabeth II next week, as Britons rush to pay respects across the country.

Thousands of people have already left cards, flowers, toys and other trinkets outside Buckingham Palace and other royal residences.

“It’s a lot busier than normal following the passing of the queen,” flower seller Albert Deane told AFP at the weekly market.

“People are buying a lot of roses and chrysanthemums… that last well outside,” added Deane, 39, from beside rows of pastel-colored hydrangeas.

Demand was “significantly high” in recent days, particularly for the queen’s favorite white lilies, according to the British Florist Association.

“I understand the queen was (also) fond of yellow flowers, so I thought I would pick up yellow lilies,” purchaser Caroline Roberts added at the market.

The queen embodied “stability… even when I was a little girl”.

The 57-year-old spoke to AFP before going to lay her flowers with her daughters at Green Park a lush oasis located near Buckingham Palace.

A student, Georgia Gomez, picked sunflowers for her tribute to the queen.

“I felt that sunflowers are quite bright, representative of her life, and long-lasting,” the 19-year-old said.

“Laying flowers is just kind of to say thank you for everything that she’s done for our country.

“Paying my respect is something very important and it’s a moment in history that I’m getting to live through.”

“We wanted to make a gesture following the death of the queen,” she told AFP.

Some predicted that demand for flowers in the run-up to the funeral will exceed that seen after the death of Princess Diana in 1997.

“When Diana passed away so many flowers were sold that week, it must have been the most flowers I’ve ever sold,” said Rosario Rospo, owner of florist OK Bouquet.

“Next Sunday, just a day before the funeral, it should be very busy, as we’re not too far away from the palace.”

Rospo predicted that demand would be higher “without a doubt”.

“It’s an unprecedented occasion. I haven’t seen anything (like it) in my lifetime,” he added.

“It will be very busy on Sunday (and) could be one of the busiest ever.”

Around 60 million bouquets were left at Buckingham and Kensington palaces after Diana’s death, in a floral ocean that remained in place for 10 days.

In contrast, British authorities requested this week that well-wishers leave flowers for the queen at a dedicated tribute garden inside the park.

Reports suggest that well-wishes have also been asked to refrain from leaving marmalade sandwiches in tribute which the queen famously pulled out of her handbag in a Platinum Jubilee skit with fictional character Paddington earlier this year.