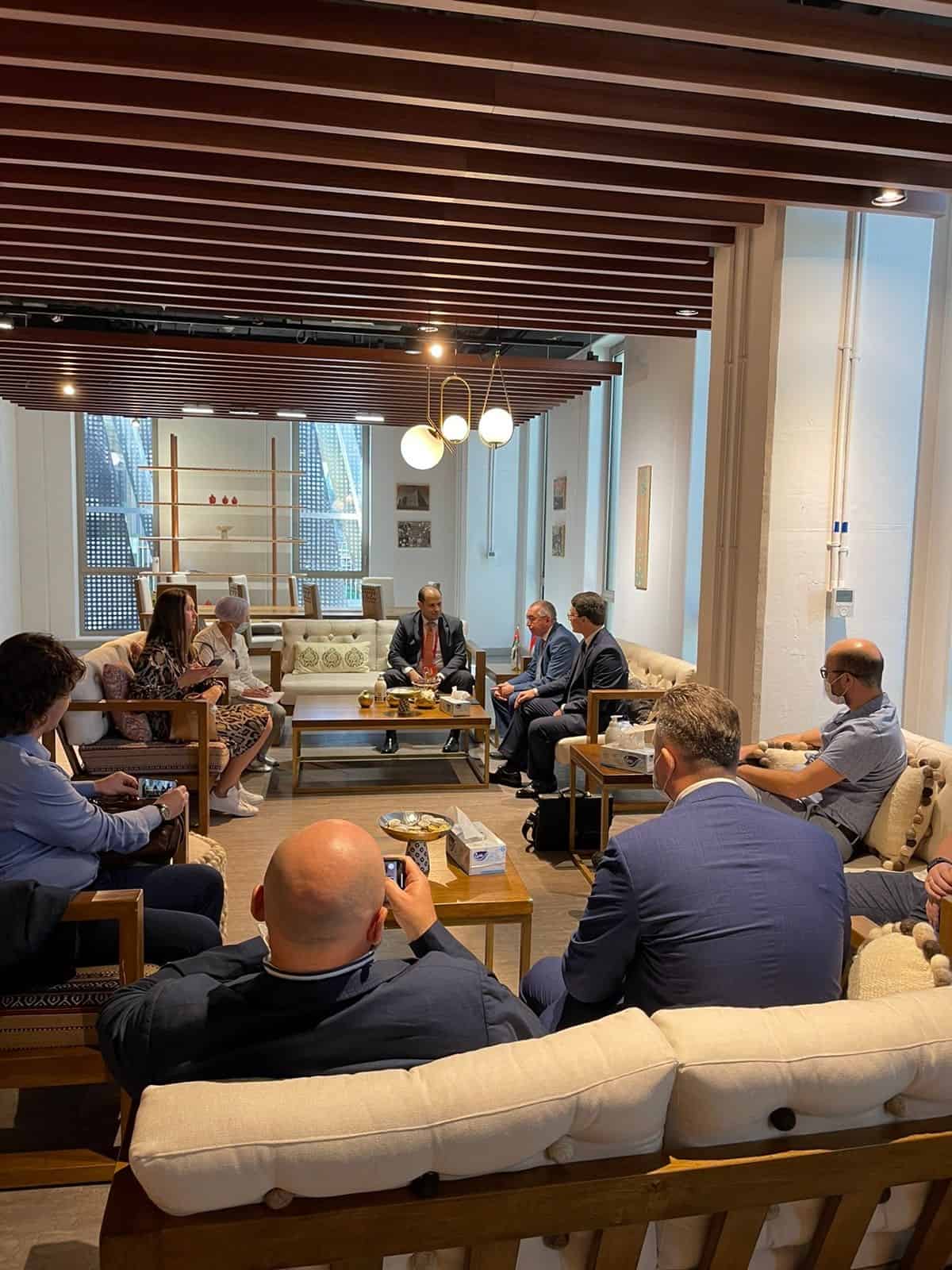 Zaher Qatarneh, the commissioner general of the Jordanian Pavilion at Expo 2020 Dubai, met with an industrial and economic delegation from Russia, local reports have said.

The Russian representative was apprised of the investment opportunities in Jordan and the legislation governing them, the reports said. They were briefed on the perks of investing in the kingdom.

Qatarneh reportedly highlighted his country’s desire to offer a safe competitive investment environment and a passage for investors to reach in Arab and international markets.

He added that Jordan already has free trade agreements with the US, Britain, the European Union, Canada, and Singapore, in addition to the Arab countries.

Valery Bespalov, acting Deputy Prime Minister of the Penza region, said the Russian delegation was interested in the Jordanian market as the strategic location held by the country is a gateway that leads to many European and Arabian markets.