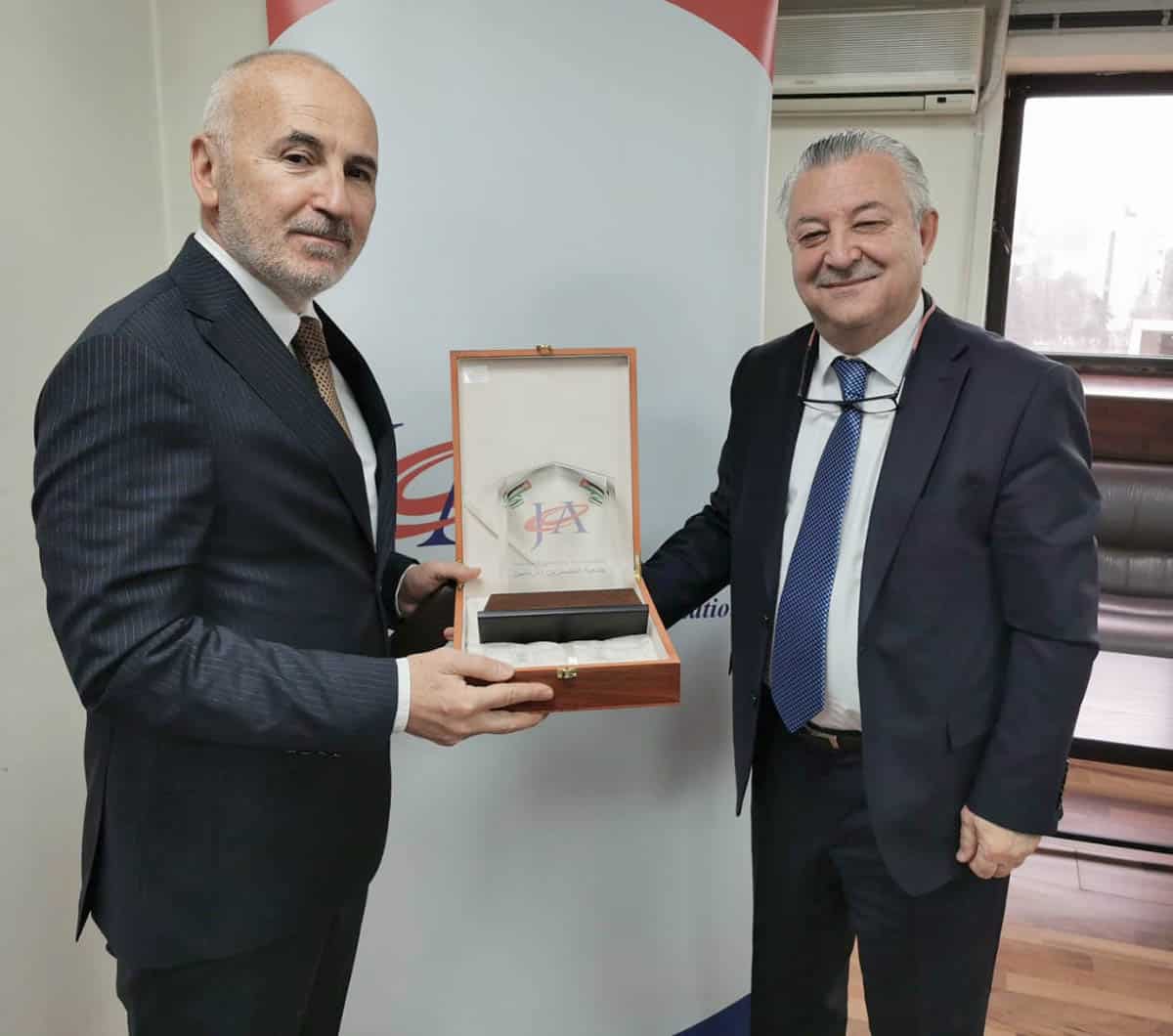 The Jordan Exporters Association (JEA) said it is exploring opportunities to increase Jordanian exports to the Turkish market, in light of a trade balance that is heavily in favor of the Turkish side.

According to official data, Jordanian exports to Turkey in the first 8 months of the current year dropped by 10 percent to JD29 million, while Turkish imports to the Kingdom in the same  period surged by 25 percent to a total of JD303 million.

In a statement Saturday, JEA said that its board of directors had met with the Turkish ambassador in Amman, Ismail Aramaz, in a bid to advance commercial cooperation between the two countries and find “effective mechanisms to establish greater footprint for Jordanian merchandise in the Turkish market in light of a trade exchange that is heavily in favor of Turkey.”

Head of JEA Ahmad Khudari said the syndicate is ready to dispatch trade delegations to find out which Jordanian products have the best opportunity to access the Turkish market, stressing that Jordanian-made goods are widely sought for their high quality and competitive prices.

The Turkish ambassador said the embassy is ready to help Jordanian exporters access the Turkish market and will provide the JEA with the calendar of fair and exhibitions his country plans to organize in the future.

Aramaz said the opportunity for closer Jordanian-Turkish economic ties exists, noting that his country’s annual imports from other  countries amount to about $250 billion.