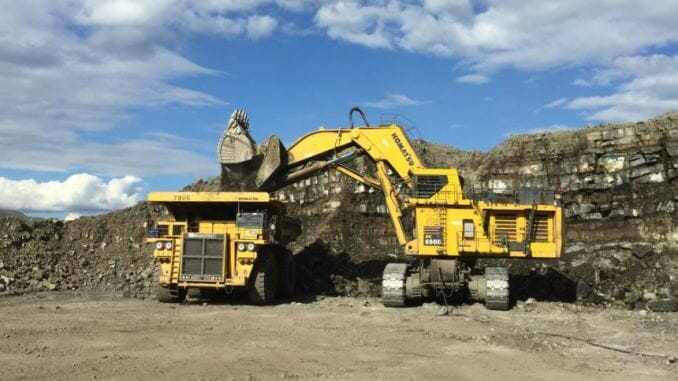 Saudi Arabia has begun to obtain ‘high-resolution’ geological data spread over 600,000 square kilometers in the kingdom, enabling it to find mineral deposits in the region. It has pressed into service an aircraft in the Dawadmi province around Riyadh to collect the data.

Abdullah Al-Shamrani, CEO of Saudi Geological Survey, said the authority aims to obtain various high-resolution geological data for the Arabian Shield. He said the data will contribute to supporting mineral exploration, which will stimulate the economy and diversify revenues in the Kingdom. It will also attract investments in the mining sector to achieve the goals of Saudi Arabia’s Vision 2030.

He also said that the Kingdom is one of the richest countries in the world in terms of mineral resources with an estimated value of SR5 trillion ($1.3 trillion) according to data from the Ministry of Industry and Mineral Resources. Al-Shamrani also predicted that mineral wealth will become the country’s third-highest source of economic wealth after petroleum and petrochemicals.

Al-Shamrani said the aerial geophysical survey work will include a magnetic and radiological geophysical survey of the entire Arabian Shield in Saudi Arabia. The authority also aims to obtain geomagnetic and radiometric high-resolution data and digital maps, along with geological interpretations of magnetic and radiological maps that reflect the most important geological structures and rock faces. This will enable them to identify and count the most important ranges of mineralization environments.

The data will be archived and included in the National Geosciences Database.