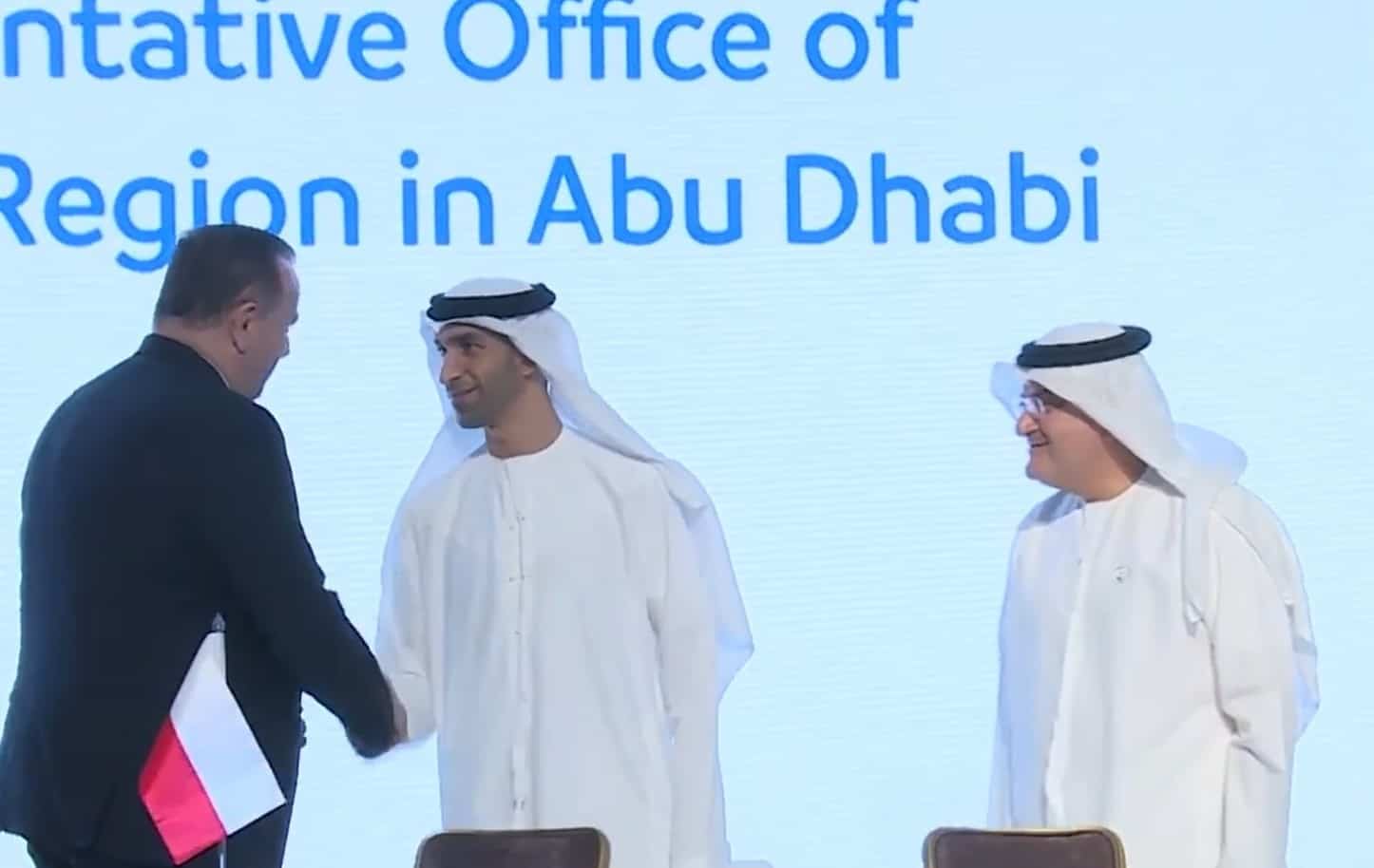 The Forum is aimed at discussing and fostering bilateral trade. (WAM)

Abu Dhabi, UAE—Poland has opened a representative office in UAE capital Abu Dhabi to fuel the growth of bilateral trade and investments between the two countries.

The announcement of the launch was made at the Poland Business Forum, which started on Friday with the aim of discussing the prospects of accelerating investment and trade cooperation between the two countries in areas of energy, industry, advanced technology and food security, WAM reported.

The forum was organized by the Abu Dhabi Department of Economic Development (ADDED), the Government of Silesia, and the Embassy of the Republic of Poland in the UAE.

Dr. Thani bin Ahmed Al Zeyoudi, Minister of State for Foreign Trade, said that the UAE is currently one of Poland’s largest trade partners in the region, noting that non-oil trade between the two countries totalled $1.3 billion in the first nine months of 2022, with a growth rate of 21 percent over the same period in 2021.

Al Zeyoudi explained that in recent years, the UAE has also become Poland’s key partner in the Arab world in terms of political dialogue and economic cooperation, with more than 20 agreements signed between the two countries in various fields.

“The UAE’s total direct investment into Poland amounts to nearly US$208 million, which is spread across the fields of aviation, tourism, electronics, automobiles, food industries, science, and technology sectors. Meanwhile, Polish FDI into the UAE currently totals US$94 million, distributed in the real estate, technology, science, modern technologies, and retail sectors,” he said.

Rashed Abdulkarim Al Blooshi, Under-Secretary of ADDED, said, “There is a lot of potential for our economies to increase cooperation even further, as Abu Dhabi is a popular investment destination.”