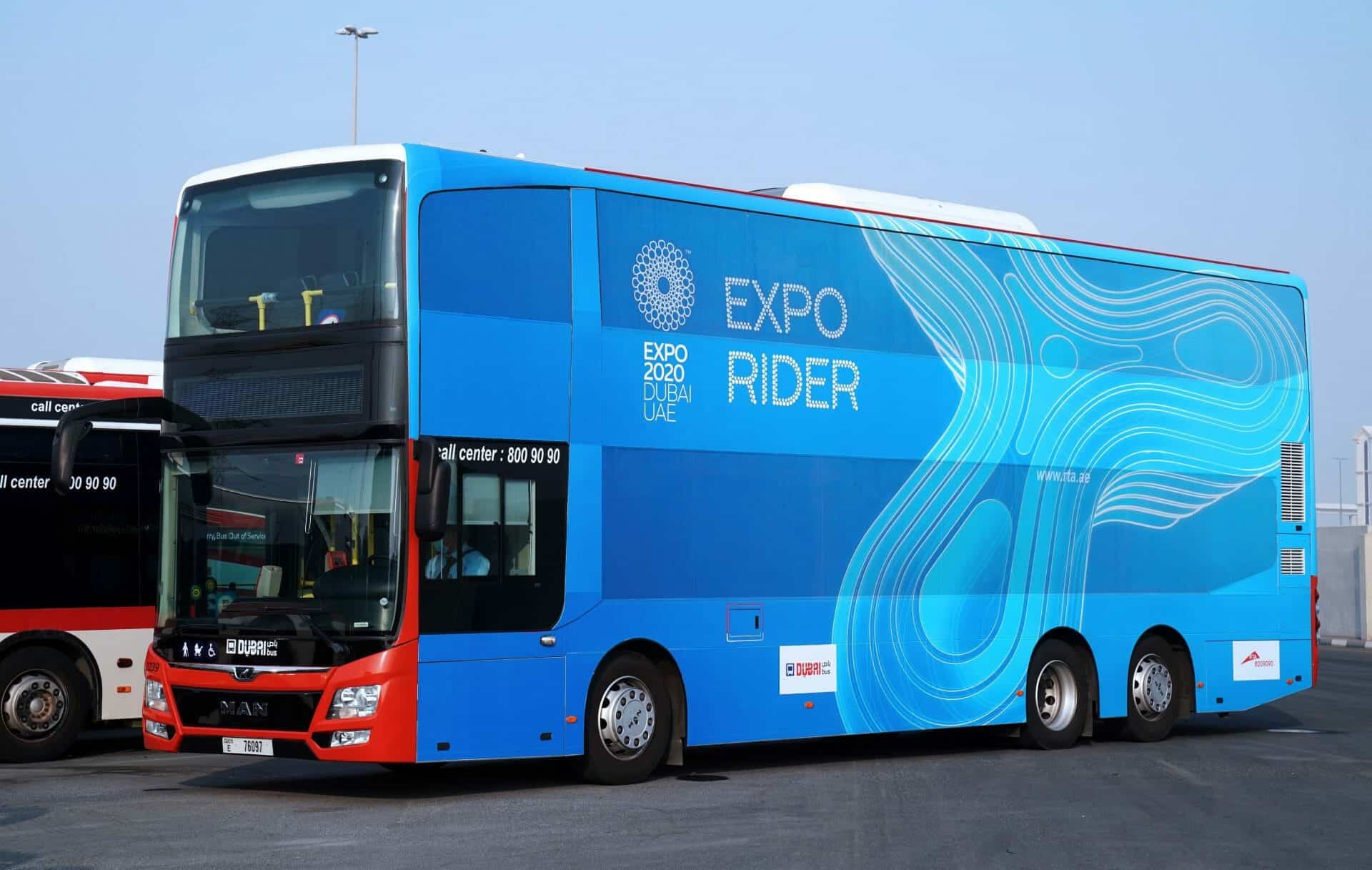 The Roads and Transport Authority of Dubai will deploy 126 public buses for Expo 2020 Dubai visitors, it has announced.

The buses, called Expo Rider, will be free for visitors, and available from nine locations across Dubai.

The RTA is also expected to launch two routes for Expo visitors from hotels directly to the site.

It will also deploy buses within the Expo from the parking area to the gates and another bus service between Expo gates.

The buses will apparently run 1,956 direct daily trips from Saturday to Wednesday.

That number is expected to rise to 2,203 direct trips on Thursday and Friday. The service frequency varies from three to 60 minutes.

Mattar Mohammed Al Tayer, Director-General, Chairman of the Board of Executive Directors of the RTA, said in all 203 buses would service visitors.

He explained that the RTA had allocated 57 buses for Expo visitors from various locations in Dubai, operating 455 to 476 trips per day. The RTA identified nine such stations.

The RTA had earlier announced its plan to transport visitors from different emirates.

A total of 77 buses would make 193 trips per day on all days of the week, and the number of trips would rise to 213 per day on Thursday and Friday.