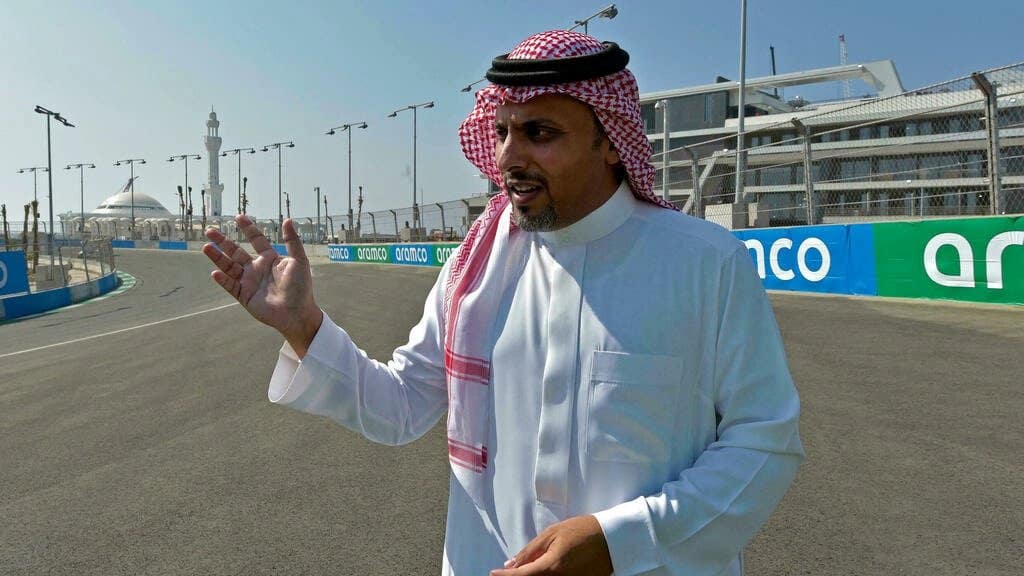 Saudi Arabia’s debut Formula One race will showcase the country to the world, its motorsports chief told AFP, hitting back at criticism over human rights and calls for singer Justin Bieber to cancel his headline act.

The newly built venue in Jeddah is all but completed ahead of Sunday’s night race, Prince Khalid bin Sultan al-Faisal said in an interview, just over a year after Saudi Arabia was announced as the wealthy Gulf region’s latest F1 host.

“When we prove in the coming days that this race will take place on time, this will signal to the world who the Saudis are and what the capabilities of the Kingdom of Saudi Arabia are,” said Prince Khalid, president of the Saudi Automobile and Motorcycle Federation.

“We can say that the circuit is 95 percent complete. The five percent left are simple things, from branding to tree planting and decorations. The circuit is done, the infrastructure is done… everything related to the race is done,” he added.

“So, we are comfortable and in a very good situation.”

Red Bull’s championship leader Max Verstappen could clinch the drivers’ world title this week in Saudi Arabia, one of four countries in the resource-rich Gulf on the F1 calendar this year.

It is among several big events lured in recent times to Saudi Arabia, which has also hosted heavyweight boxing and European Tour golf.

‘We have opened our doors’

But Prince Khalid said the Saudi authorities and people were better placed to speak for Saudi Arabia than Canadian singer Bieber, 27.

“The one that (polishes) the image of the kingdom is not a singer, but its leadership and people… you cannot polish the image of anything or relay a picture different than reality,” he said.

He added: “There are many people, among them singers and actors, maybe they did not come (to Saudi Arabia) before.

“But when they saw the reality and the truth with their own eyes, they said: ‘No, we’re going to come because we now have an idea of everything that happens in the kingdom’.”

Saudi Arabia has embarked on a series of reforms under its de facto leader, Crown Prince Mohammed bin Salman, lifting a ban on women driving and reopening cinemas in 2018.

Formula One is part of a campaign to show a friendlier face as the world’s top oil exporter tries to attract foreign businesses and diversify its economy.

“There’s been a fight against the kingdom for years, and it is fought for political reasons… some people don’t want its success,” Prince Khalid said.

“There are those that say the kingdom is behind and is against human rights… of course, no one is perfect and the biggest nations that hold on to freedom and human rights have more than their share of criticisms in those fields,” he added.

“We are confident in ourselves, and this war will continue, and we will continue on our path, and the door is open for all to visit us and know who we really are,” said the prince.

Prince Khalid also said he expected a Covid-reduced capacity crowd of 40,000, including 8,000 from abroad.

He said “there are no restrictions on dress” despite the conservative country’s strict social codes.

“We expect from the people that they respect the place to which they are coming, the same as any place outside the kingdom,” he said. “So, for example, no one is going to come to the circuit wearing a bathing suit.”