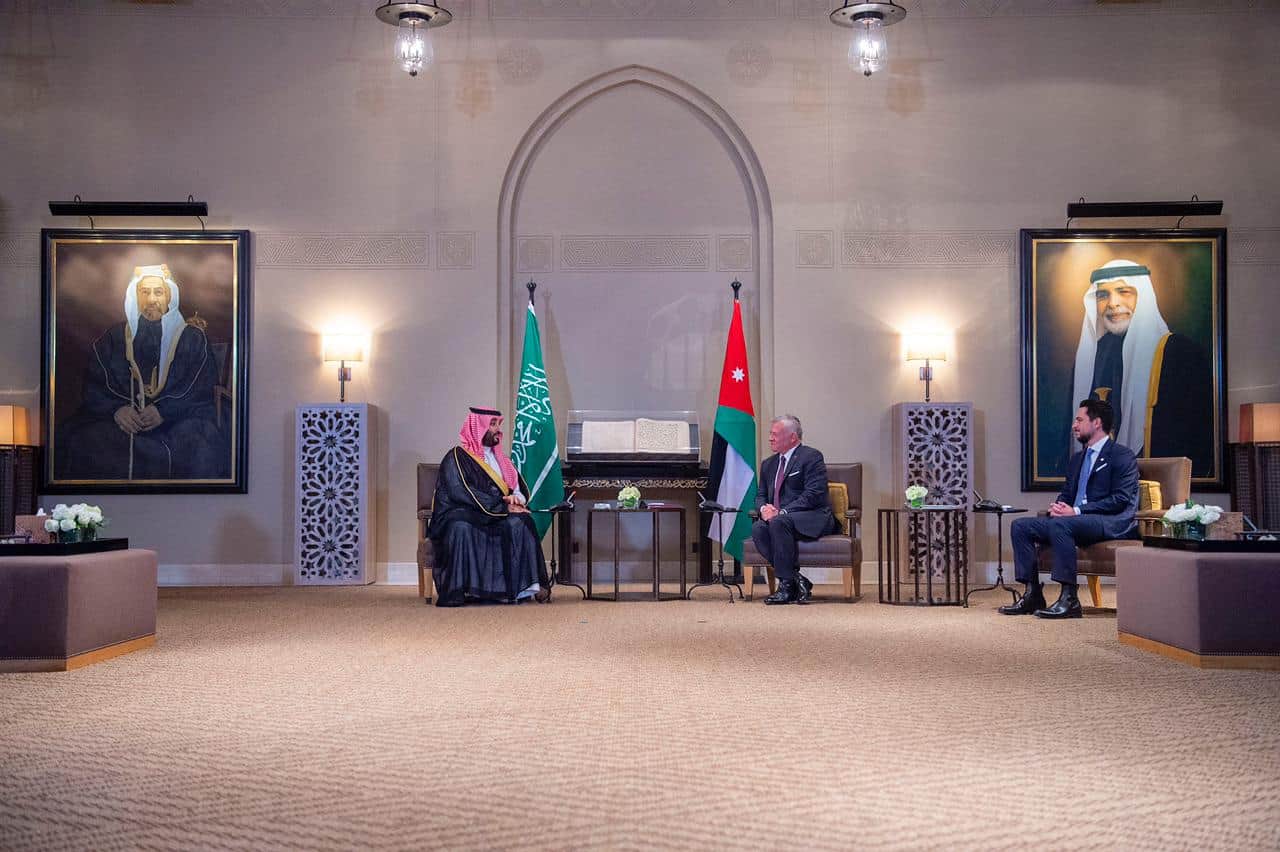 Saudi Crown Prince Mohammed bin Salman met with Jordan’s King Abdullah in Amman on Tuesday to discuss regional and international issues. The meeting came amid a thaw in relations that in recent years had suffered from divergent views on regional conflicts and unfulfilled pledges of aid.

Prince Mohammed’s visit to Jordan came five years after he took over as Saudi Arabia’s Crown Prince, and as part of a regional tour that began in Egypt on Monday and will end in Türkiye on Wednesday.

The tour of the Saudi Crown Prince acquires special significance as it comes before a planned Arab-American summit, which Saudi Arabia will host in mid-July, with the participation of US President Joe Biden.

The visit to Jordan comes at a time when Jordan’s economy is struggling with the economic knock-on effects of the Ukraine war. The country which imports most of its energy needs, has been hammered by rising fuel prices and higher food imports.

With the end of Gulf grants and little additional funding from Western donors in recent years, Jordan’s economic strains have worsened.

The Kingdom has invested over $12 billion in Jordan and once rescued it with cash injections, but it has held off on direct budget support.

“There are large opportunities in Jordan that we are keen to actively participate in and such investments will bring benefits to both countries,” the crown prince was quoted to have said by Reuters.

King Abdullah discussed with Prince Mohammed the summit meeting next month in Jeddah where US President Joe Biden will meet with leaders of the Gulf Cooperation Council as well as Iraq, Jordan and Egypt.

Saudi Arabia and Jordan share deep concerns about Iran’s nuclear ambitions and what they see as Tehran’s destabilising role in the region, a Jordanian official told Reuters.