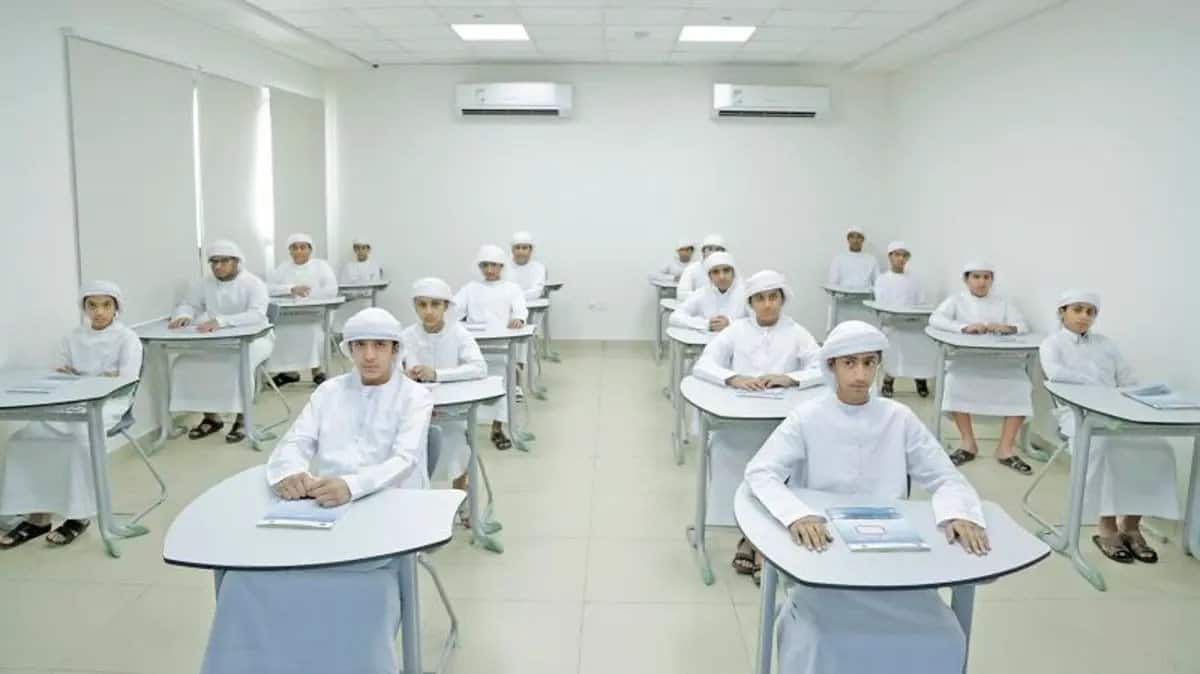 Major reforms have been introduced to enhance the UAE's education system.

Under the directives of President Sheikh Mohamed bin Zayed Al Nahyan, Sheikh Mohammed bin Rashid Al Maktoum, Vice President, Prime Minister and Ruler of Dubai, announced a new major restructuring of the education system in the UAE, and directed the establishing of institutions supporting the development of the sector.

Sheikh Mohammed bin Rashid Al Maktoum said, “After consultation with my brother, President Sheikh Mohamed bin Zayed Al Nahyan, we announce today a major structural change in the UAE’s education sector.. We appointed Ahmad Belhoul Al Falasi as the Minister of Education.. We directed him to review all legislations and policies related to the education system in our country.”

Sheikh Mohammed bin Rashid added, “Also today, we announce the appointment of Sarah Al Amiri as the Minister of State for Public Education and Advanced Technology and the Chairwomen of the Emirates Schools Establishment. We directed her to develop a comprehensive plan to upgrade public schools in the country.. We thank Hussain Al Hammadi and Jameela Al Muhairi for their efforts during the previous period.”

Sheikh Mohammed Bin Rashid noted, “We also announce the appointment of Sara Musallam as the Minister of State for Early Education, and to supervise the newly established Federal Authority for Early Education.. Sarah will be responsible for developing comprehensive plans to follow up the child development from birth to the fourth grade.. The correct development of our children is the guarantee of our education’s success.”

Sheikh Mohammed bin Rashid announced the establishment of the “Federal Authority for Quality and Standards of Education” affiliated to the UAE Cabinet, to be responsible for measuring the educational outcomes, student performance, and the efficiency of the educational process.

Also, Sheikh Mohammed bin Rashid announced the restructuring of the “Education and Human Resources Council” chaired by H.H. Sheikh Abdullah bin Zayed Al Nahyan, Minister of Foreign Affairs and International Cooperation, to be responsible for supervising the project of the Future of Education in the country.

The Education and Human Resources Council

Under the new structure, the Education and Human Resources Council will be reconstituted, chaired by Sheikh Abdullah bin Zayed Al Nahyan, Minister of Foreign Affairs and International Cooperation.

The council will be responsible for supervising the project of the Future of Education in the country.

Also, the Council’s responsibilities will include setting the vision and objectives of the education sector in the UAE, developing the general framework for education and submitting it to the UAE Cabinet for approval, and developing educational policies and legislation. In addition, the Council will follow up the performance of the sector.

The Federal Authority for Quality and Standards of Education

The new structure created a specialised Authority for Quality of education to be affiliated with the UAE Cabinet. It will be mainly responsible for measuring the educational outcomes, student performance, and the efficiency of the educational process.

The Authority will be responsible for measuring the quality of education, auditing educational outputs related to education, early childhood education, kindergarten, public education, and higher education, in addition to submitting reports on the results and proposals to develop policies, strategies, legislation and curricula.

The new structure created a federal authority specialised in early childhood education, to develop and implement comprehensive plans to follow up the child development from birth to the fourth grade. Affiliated with the UAE Cabinet, the Authority will be responsible for developing policies, strategies, legislations and programs related to the education needs of the early childhood stage.

The Authority will be responsible for setting regulations and standards, and issuing licenses and monitoring government and private nurseries in the country in coordination with the competent local authorities, and working with parents to enhance their role in the early childhood stage.

The Ministry’s functions include managing and developing the general education framework, curricula and tools for government public education schools in the country, developing curricula for compulsory educational materials for private schools, setting standards and regulations, issuing licenses and monitoring private schools in coordination with the competent local authorities.

The new structure of the education system included the Emirates Schools Establishment, which comes under the umbrella of the UAE Cabinet, and is concerned by enhancing the efficiency of the government schools and nurseries, supervising public schools in the country, and implementing policies, strategies and standards related to the development of the education sector.

Under the new structure, the Establishment will also be specialised in developing student care programmes, activities and events in public schools, supervising their implementation, and proposing innovative and new models for operating public schools to raise their efficiency.