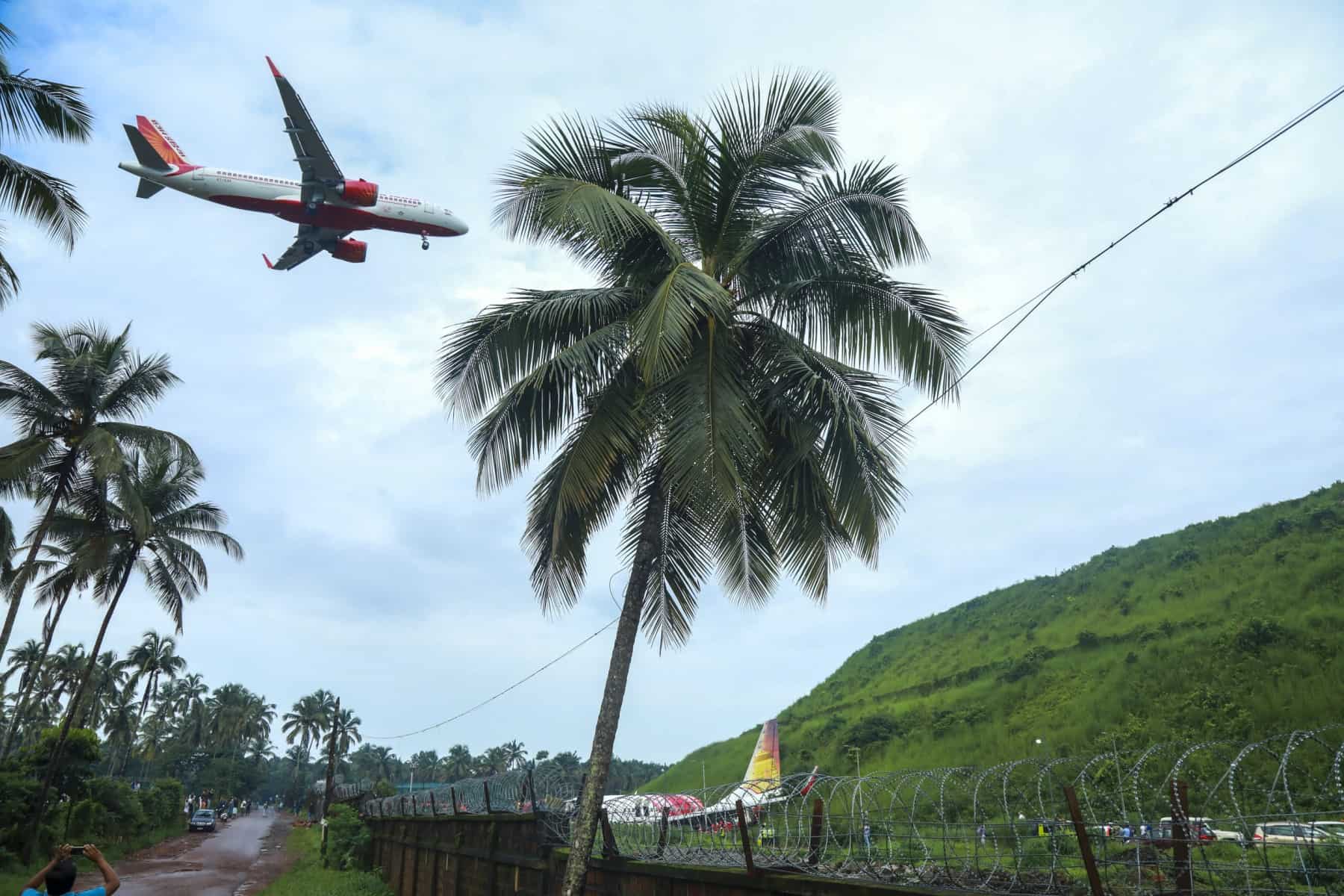 An aircraft approaches to land over the wreckage of an Air India Express jet at Calicut International Airport in Karipur, Kerala, on August 8, 2020. (AFP File)

Muscat, Oman–An engine fire sparked a rush to evacuate an Air India Express plane that was preparing to take off from Oman, leaving some passengers with light injuries, officials said Wednesday.

Footage aired by Omani TV showed smoke billowing from the plane, which had been taxiing for departure for Kochi in India’s south, as passengers streamed across the tarmac.

Some of the 141 passengers received “minor bruises”, the airline said, adding there was no fire warning in the cockpit and the smoke was spotted by another aircraft.

“While it was on the taxiway, another aircraft reported observing fumes from one of the engines. However, there was no fire warning indication in the cockpit,” a statement said.

“As a matter of abundant precaution… the crew stopped on the taxiway and activated the onboard engine fire extinguishers.”

A relief flight will take the passengers to Kochi later on Wednesday, Air India Express added.

Arun Kumar, head of the Indian Directorate General of Civil Aviation, told AFP that “appropriate action” would be taken over the incident.

“All passengers were safely evacuated after smoke was detected in engine number two… We will investigate the incident and also take appropriate action,” Kumar said.

Oman’s workforce includes many people from South Asia as do those of other countries in the resource-rich Gulf.