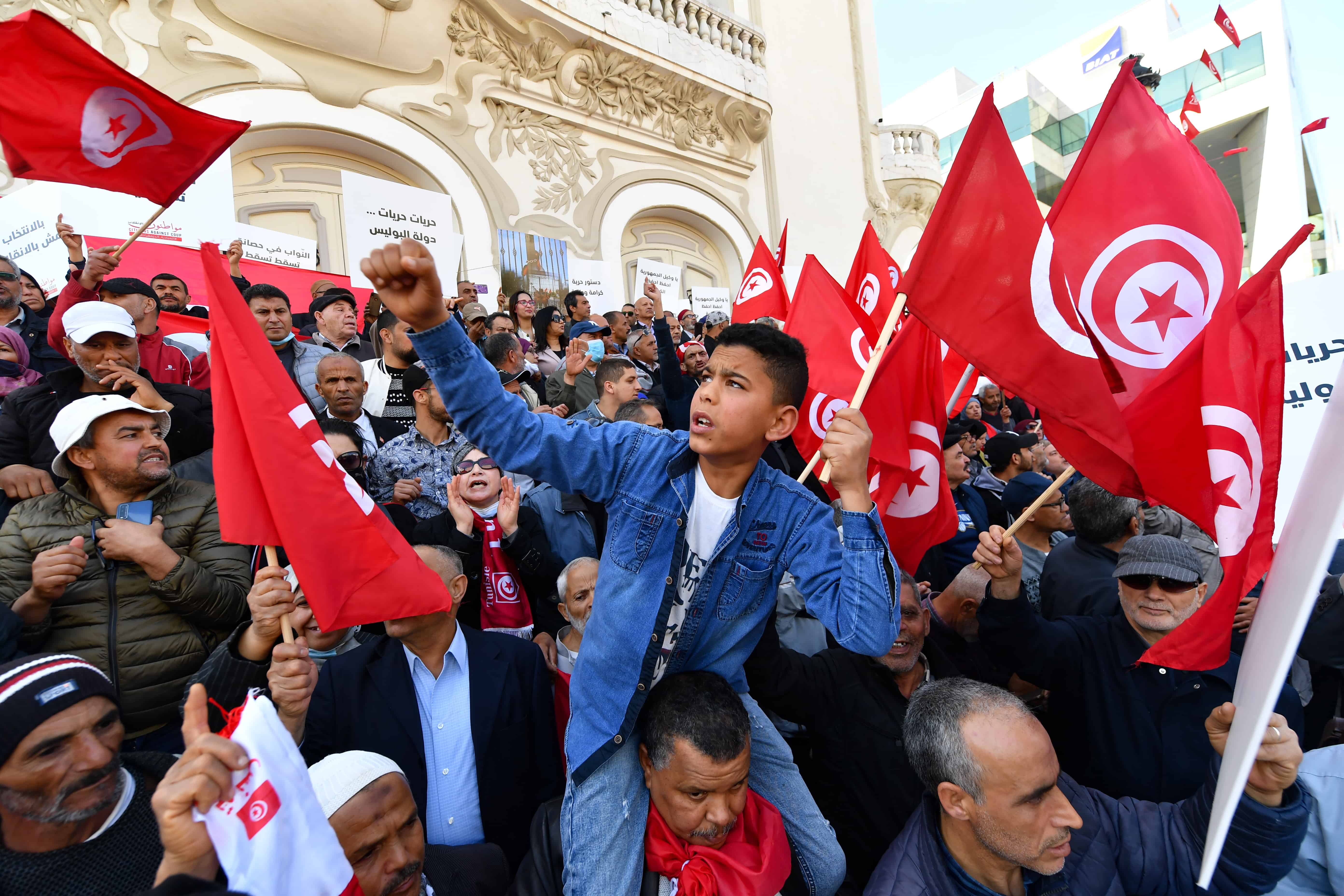 Tunisians raise placards and national flags as they take to the streets of the capital Tunis to protest against their president, on April 10, 2022. (Photo by FETHI BELAID / AFP)

Members of the European Parliament urged Tunisian President Kais Saied on Wednesday to engage in “genuine” dialogue with political parties and civil society, months after he staged a power grab.

But German MEP Michael Gahler, the head of the delegation, said that “many (political actors) we met doubt that the president wants to listen and react to their propositions”.

European officials have repeatedly voiced concern over his moves, warning of blows against democracy in the birthplace of the Arab Spring uprisings.

Gahler was speaking at the end of a three-day visit along with Spain’s Javier Nart, Sweden’s Jakop Dalunde and Italian Andrea Cozzolino, during which they met actors from across the political spectrum.

In a statement, the delegation urged Tunisians “to embark on a broad-based and structured” dialogue involving “representatives from government, political parties, trade unions, civil society and women’s organizations”.

Gahler said the delegation had pressed Saied to engage in “genuine and inclusive” talks ahead of a constitutional referendum set for July 25 and elections in December.

Other members of the delegation noted that aid to cash-strapped Tunisia from the EU, a major donor, was tied to political reforms.

But Cozzolino said Europe should “help during this phase of political transition”, as well as lend a hand in negotiations over a new International Monetary Fund bailout package.

The EU “cannot allow Tunisia to go bankrupt”, he added.