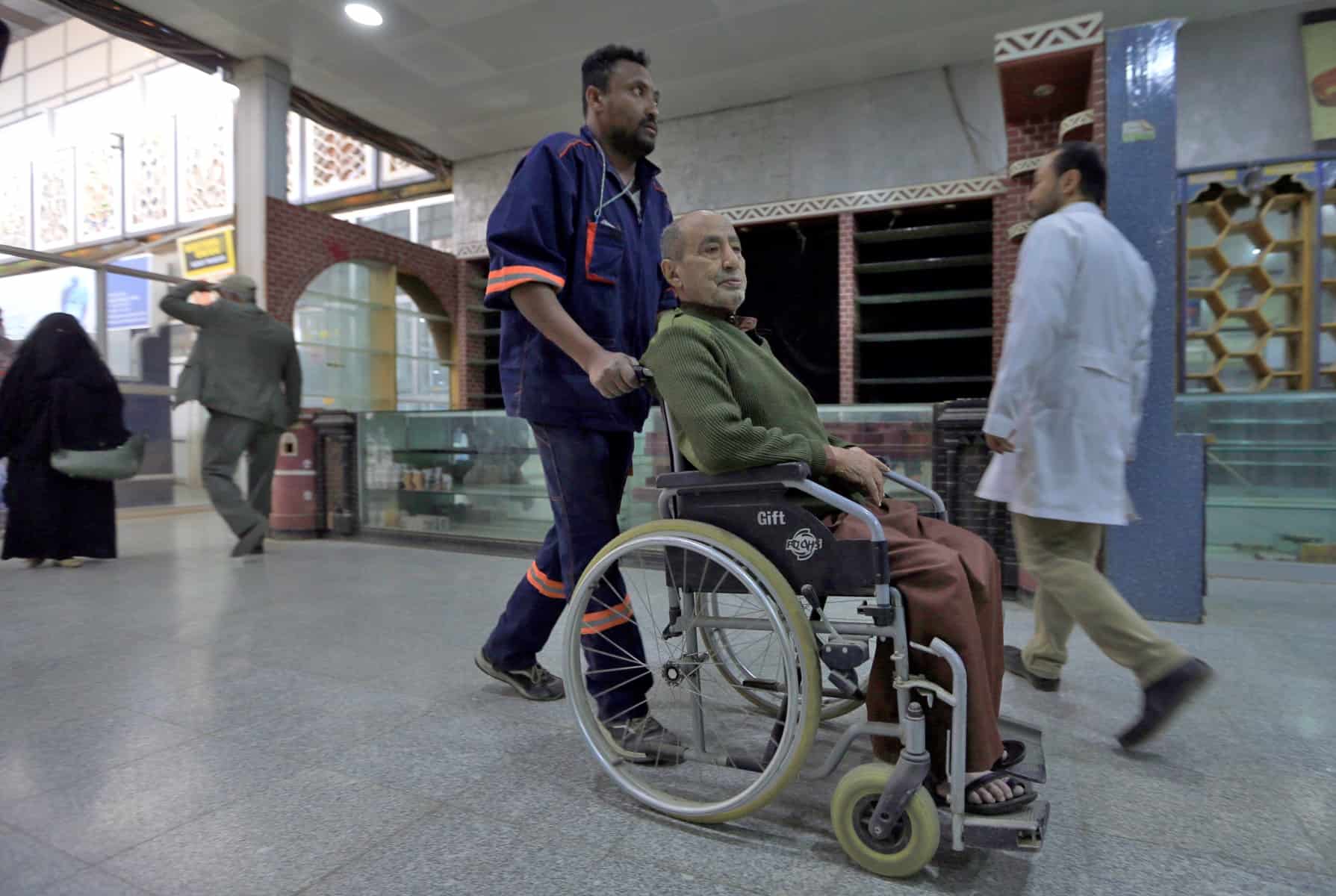 The first commercial flight in nearly six years took off from Yemen’s rebel-held capital on Monday, a major step forward in a peace process that has provided rare relief from conflict.

The Yemenia plane carrying 126 passengers, including hospital patients needing treatment abroad and their relatives, took off from Sanaa for the Jordanian capital Amman just after 9:00 am (0600 GMT), AFP journalists saw.

Before take-off, the plane with red-and-blue tail livery taxied through an honour guard of two fire trucks spraying jets of water. It landed in Amman before 0900 GMT.

Sanaa’s airport has been closed to commercial traffic since August 2016 because of air strikes by the Saudi-led military coalition, who are fighting Iran-backed Houthi rebels.

“I’m so happy with the opening of Sanaa airport,” said Lutfiyah, a wheelchair-bound passenger who did not want to give her full name. “Today is a day of celebration, and I hope that it remains open.”

Yemen, the Arab world’s poorest country, has been wracked with war since the coalition stepped in to support the government in 2015, a year after the Houthis seized control of the capital.

According to UN figures, more than 150,000 people have died in the violence and millions have been displaced, creating the world’s worst humanitarian crisis.

But a truce has been in place since April 2, coinciding with the start of the Muslim holy month of Ramadan.

Five days after it took effect, Yemen’s Saudi-based president handed his powers to a leadership council tasked with holding peace talks with the rebels.

Resuming flights from Sanaa, working to reopen roads to the rebel-besieged city of Taez and allowing fuel tankers into the Houthi-held port of Hodeida — a lifeline for Yemen — were all part of the truce agreement.

“I hope this provides some relief to the Yemenis who need to seek medical treatment abroad, pursue education and business opportunities, or reunite with loved ones,” he said in a statement.

While fuel tankers have docked in Hodeida and flights have now resumed from Sanaa, the main routes into Taez remain cut off.

“The long overdue reopening of the airport was one of the major objectives of the truce,” she said in a statement.

“If the parties to the conflict continue to work together to operate regular flights in and out of Sanaa, they can help save thousands of lives, prevent premature deaths, and support the country’s economy.”

The inaugural flight under the truce was planned for April 24 from Sanaa to Amman but had to be scrapped after Yemenia said it did not receive the necessary permits.

Each side blamed the other for the hold-up, while the United Nations called for a quick resolution to the impasse.

Last week Yemen’s government said it would allow citizens in rebel-held areas to travel on Houthi-issued passports, removing a barrier to the flights.

The government has agreed “during the armistice period to allow the Yemeni people who were held hostage to the (Houthis) the opportunity to travel through Sanaa airport, with passports issued by Houthi-controlled areas,” a Yemeni official told AFP.