Gulf-Iraq ties in focus at 17th edition of Manama Dialogue 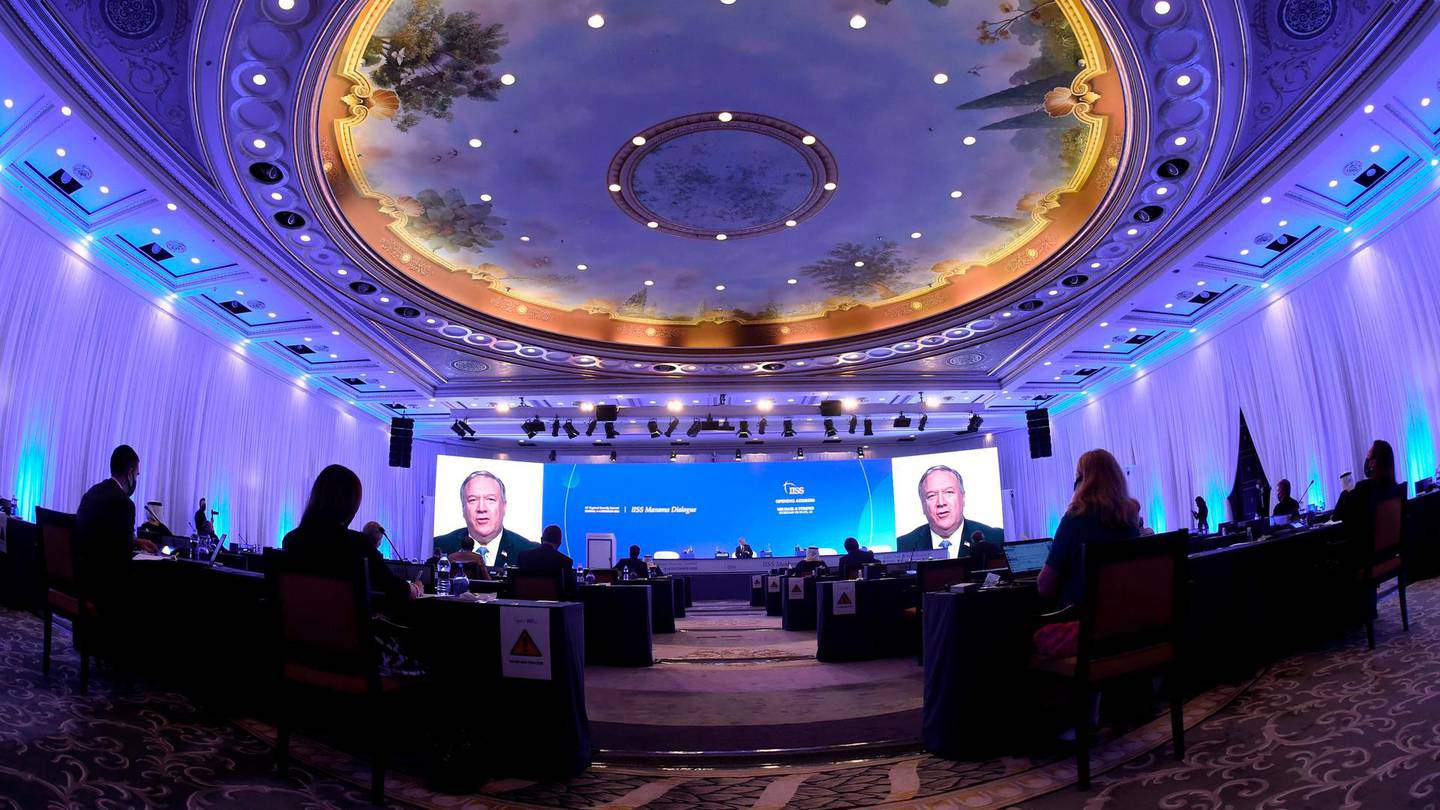 Secretary-General of the Gulf Cooperation Council (GCC) Dr. Naif Falah Mubarak Al-Hajraf has stressed the GCC keenness to strengthen and develop the joint Gulf-Iraqi joint relationships in all fields.

He outlined this vision in a meeting in the Bahraini capital, with the Minister of Foreign Affairs of the Republic of Iraq, Dr. Fuad Mohammed Hussein, on the sidelines of the Secretary-General’s participation in the 17th edition of Manama Dialogue.

During the meeting, they discussed the latest developments in the region and issues of common interest.

Hussein affirmed that Iraq is a safe environment, while indicating that the government is interested in developing relations with the Gulf Cooperation Council countries at all levels.

“Foreign Minister Fouad Hussein met with Nayef Al-Hajraf, Secretary-General of the Arab Gulf States, in the context of the work of the Regional Security Summit / Manama Dialogue 17, and the two sides discussed ways to enhance cooperation between the Council of Cooperation and the Republic of Iraq,”  a statement issued by the Bahrain Ministry of Foreign Affairs was quoted to have said by the Iraqi News Agency (INA).

Hussein called on investment companies to work in Iraq in the field of infrastructure.

Al-Hajraf affirmed the Cooperation Council’s support for the security and stability of Iraq, stressing the Gulf states’ keenness to advance Gulf-Iraqi relations in the service of common interests.

Al-Hajraf indicated that he is following up on the Iraqi election results, expressing his support for the people’s choices, praising the Iraqi government’s position to allow the GCC Committee to attend the elections.