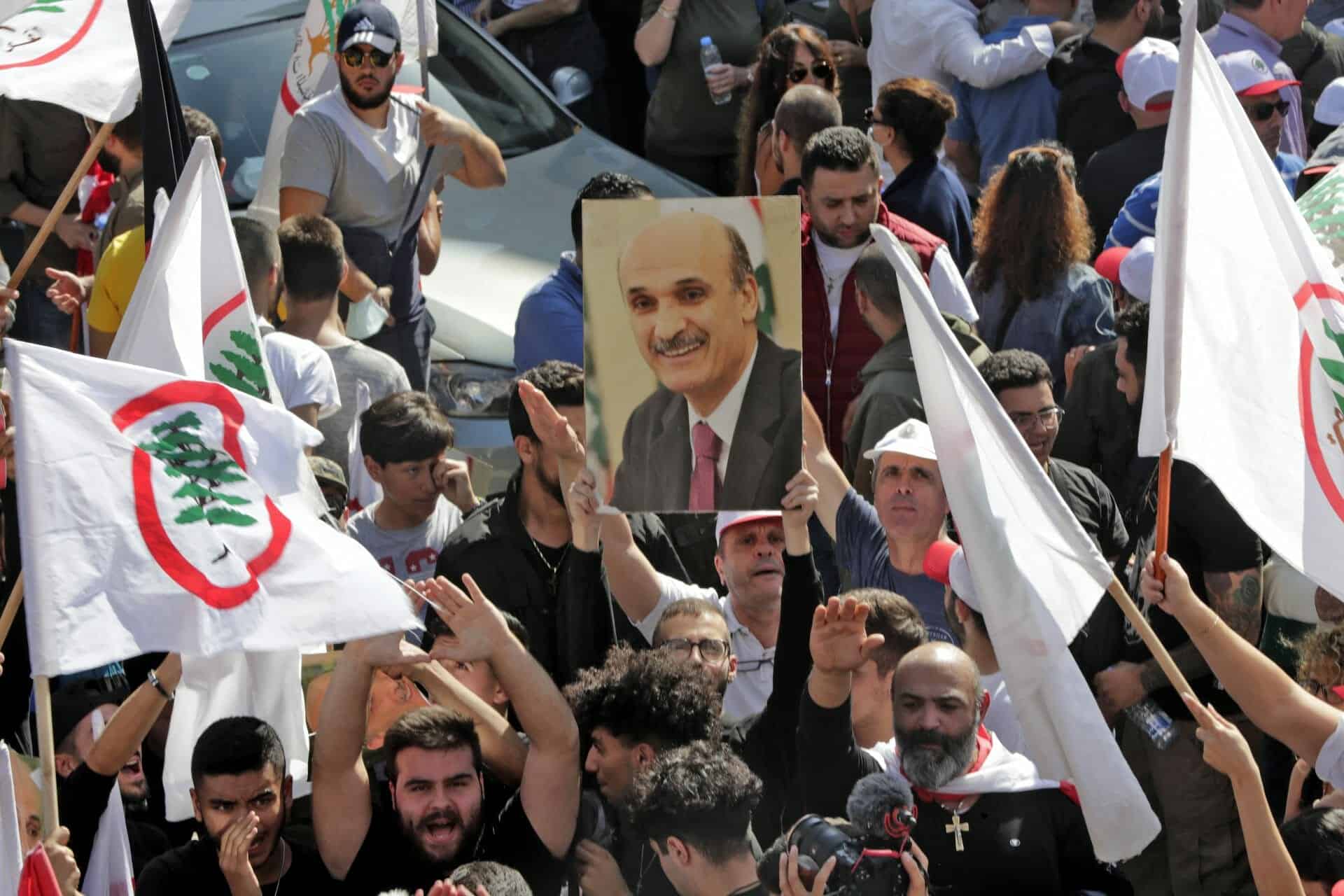 Supporters of Samir Geagea gather in front his home in Maarab. AFP

Prominent Lebanese Christian leader Samir Geagea failed to show up Wednesday at a military court summons over his role in a deadly flareup earlier this month in Beirut.
Simultaneously, hundreds of flag-waving supporters of the Lebanese Forces (LF) leader gathered in front of the ex-warlord’s home in his mountain bastion and marched in a show of support.
Geagea had warned last week he would ignore the summons if his rival, Hezbollah leader Hassan Nasrallah, was not called in for questioning too.
Seven people were killed in street fighting two weeks ago, following a rally organized by Hezbollah and its allies against the judge investigating last year’s deadly blast at Beirut port.
Hezbollah accuses the FL of firing the first shots in the October 14 violence. Geagea denied any involvement and claimed that his summons had no legal grounding.
The army was tasked with investigating the unrest, which took place in central Beirut and over which 18 people were detained.
Geagea is the only warlord from the 1975-1990 civil war to have served jail time, and Nasrallah the only one whose movement kept its arsenal after the conflict.
Their latest feud adds a layer of complication to the fate of Tarek Bitar, the judge investigating the port blast that killed more than 200 people and disfigured Beirut last year.
Bitar’s determination to question senior officials over the explosion has earned him the respect of the victims’ families — and the enmity of the political barons running a country where major crimes have systematically gone unpunished.