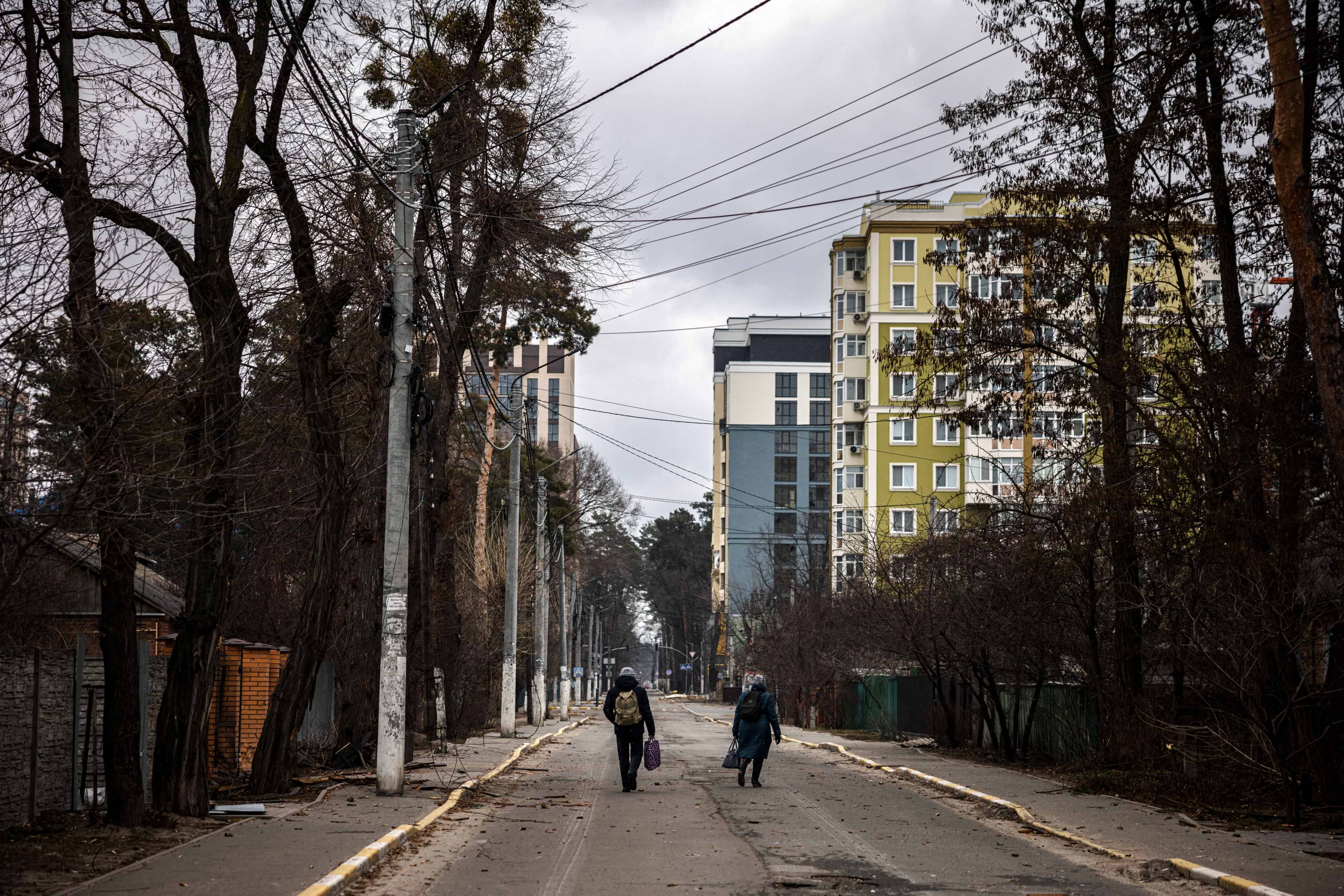 A couple walks down a street as they flee the city of Irpin, northwest of Kyiv, on March 13, 2022. - Russian forces advance ever closer to the capital from the north, west and northeast. (Photo by Dimitar DILKOFF / AFP)

Qatar’s foreign minister headed for Moscow on Sunday for talks on Russia’s obstruction of a new Iran nuclear deal and on the Ukraine conflict, a source with knowledge of the visit said.

Sheikh Mohammed left just hours after speaking with US Secretary of State Anthony Blinken and Iran’s Foreign Minister Hossein Amir Abdollahian about Russia’s new demands on the Iran talks, which Moscow has linked to sanctions imposed over its invasion of Ukraine.

Ten months of negotiations in Vienna have brought Western countries agonizingly close to renewing a 2015 deal on regulating Iran’s nuclear program. The United States withdrew from the accord in 2018 and Iran has since rolled back on its commitments.

The talks have been halted again, however, after Russia demanded guarantees that Western sanctions imposed following its invasion of Ukraine would not damage its trade with Iran.

Qatar, a neighbor of Iran with close ties to Washington, has been stepping up efforts to encourage the United States and Iran to move towards a new deal.

In a flurry of contacts, Sheikh Mohammed also discussed the Iran deal while in France and Germany this week and spoke on Sunday with his Ukrainian counterpart, Dmytro Kuleba.

The source said Qatar was not mediating in the Ukraine conflict but was ready to do so if asked.

Sheikh Mohammed has called on Russia and Ukraine to exercise “restraint”, in a statement.