Tunisia intercepts more than 800 migrants in one night 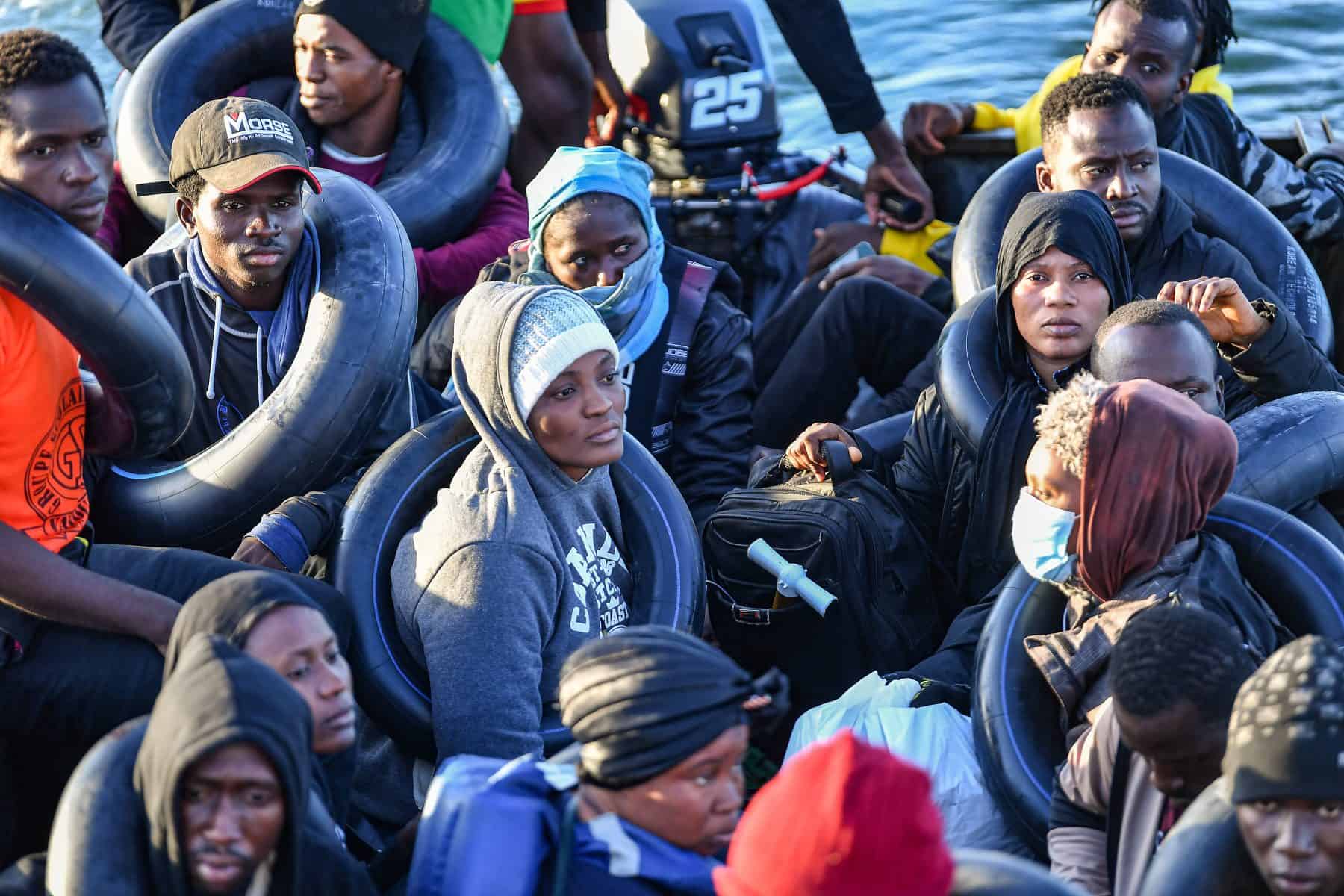 According to Frontex, between January and July more than 42,500 migrants used the central Mediterranean route, the world's most deadly. (AFP)

Tunis, Tunisia—Tunisian authorities said on Friday they had intercepted more than 800 people making clandestine attempts to reach Italy by boat in a single night earlier this week.

“A total of 813 migrants, including 473 from sub-Saharan Africa” were caught off the North African country’s coast in 37 different operations on Wednesday night, the National Guard said on its Facebook page.

Authorities also said they had detained 48 people, including six already wanted for allegedly “joining a gang in order to illegally cross borders”.

The interior ministry had announced the arrests of more than 1,300 suspected people traffickers, both Tunisian and of other nationalities, in recent days.

Tunisia is a favoured launchpad for migrants seeking to reach Italian coasts just 200 kilometres away, often in overcrowded boats that are barely seaworthy.

While many of those making the trip are escaping war or poverty further south, a long-running economic crisis is also pushing growing numbers of Tunisians to attempt the journey.

More than 23,500 migrants of various nationalities were intercepted off Tunisia between January and September, according to the FTDES rights group which tracks migration issues.

More than 500 people died or disappeared at sea during the same period, it says.

Rome says that more than 15,000 Tunisians have reached Italy so far this year.

The coastguard is under pressure to stem the flow but lacks the means to do so.

The so-called Central Mediterranean Route, which also includes boat launchings from neighbouring Libya, is the world’s most deadly migration pathway.

European borders agency Frontex says some 42,500 migrants took the route between January and July, up 44 percent on the same period last year.