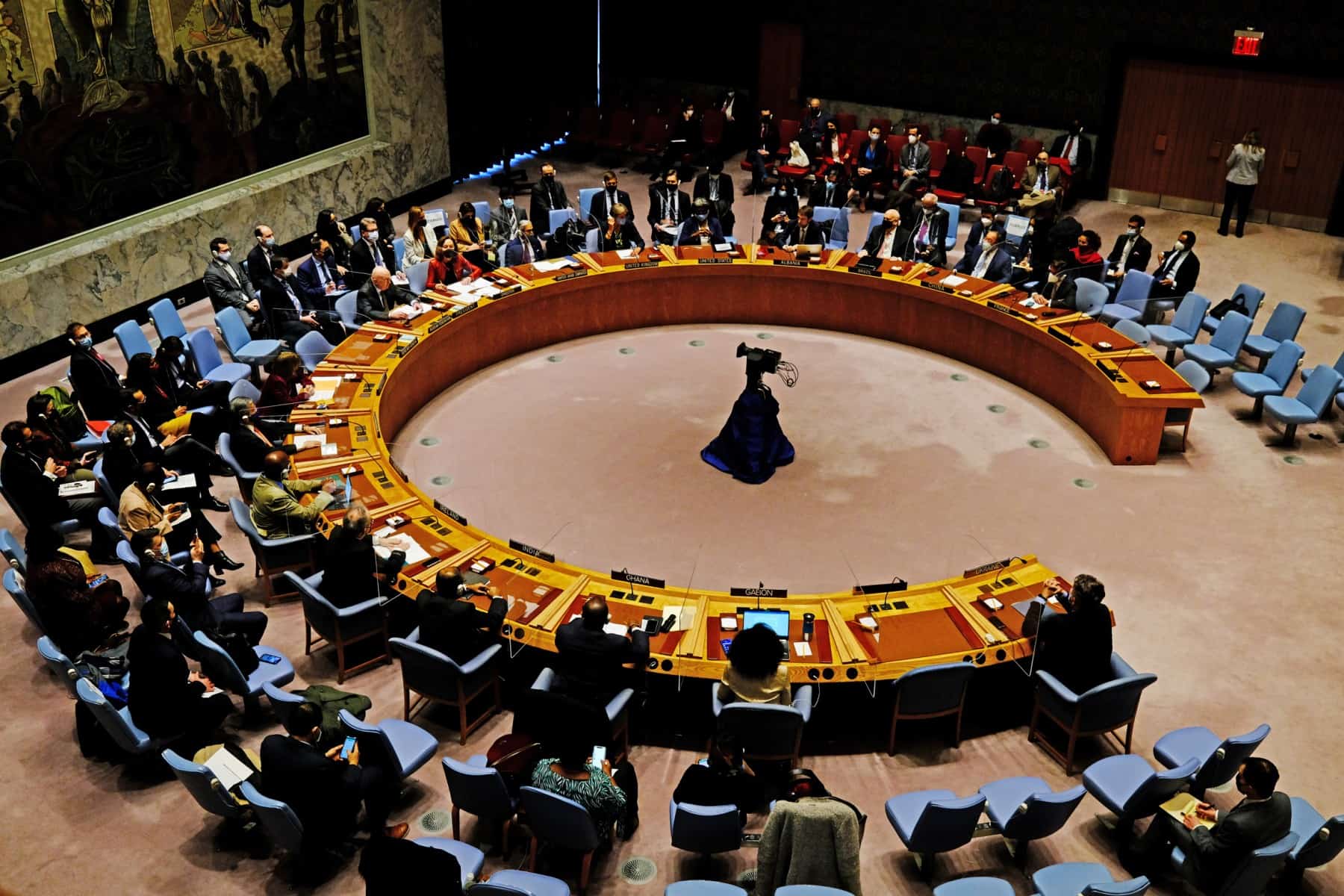 UNSC voted to extend arms embargo on all Houthis. AFP

The UN Security Council voted Monday to extend to all of Yemen’s Houthi rebels an arms embargo that until now targeted only some leaders of the guerrilla group.

Yemen has been embroiled since 2014 in a civil war between the Iran-backed Houthis and the internationally recognized government supported by a Saudi-led military coalition.

Monday’s resolution backed by the United Arab Emirates, which is part of the coalition, was adopted with 11 votes in favor and four abstentions.

Russia, which is close to Iran, voted in favor of the resolution targeting the rebels.

Diplomats said this suggests a deal was cut between Russia and the United Arab Emirates for the latter to abstain in upcoming UN votes on the Russian invasion of Ukraine.

One diplomat speaking on condition of anonymity called this “cynicism at its max.”

The resolution states that the Houthi rebels in their entirety will now be subject to an arms embargo first declared in 2015 on some of their leaders.

Targeting of the rebels runs the risk of making the UN seem to lose its neutrality in the war in Yemen, experts say.

While important politically, the extension of the arms embargo will not change things much on the ground in the war itself, a diplomatic source said.

Russia’s position is linked to that of the UAE on the war in Ukraine, diplomats said.

Western countries “were very disappointed with the Emirates’ abstention twice, Friday and Sunday, on votes on resolutions in the Security Council on the war in Ukraine,” said one Western diplomat speaking on condition of anonymity.

The UAE did this in order to keep Russia from vetoing the adoption of the broader arms embargo against the Houthis, this source said.

“We are very angry with the Emirates and convinced they made a dirty deal with Russia” that links the Houthis and Ukraine, another diplomat said.