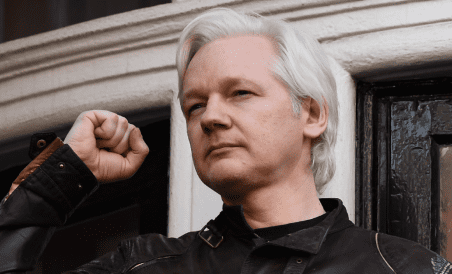 Ecuador has revoked the citizenship of Julian Assange, the founder of Wikileaks saying his  naturalisation letter had multiple inconsistencies, different signatures, the possible alteration of documents and unpaid fees, among other issues.

Assange is currently in a British prison since he was arrested in April 2019 for skipping bail seven years earlier during a separate legal battle.

The Australian activist was formally notified about  the nullity of his naturalisation in a letter that came in response to a claim filed by the South American country’s Foreign Ministry.

Carlos Poveda, Assange’s lawyer, told The Associated Press the decision was made without due process and Assange was not allowed to appear in the case.

“On the date (Assange) was cited he was deprived of his liberty and with a health crisis inside the deprivation of liberty center where he was being held,” Poveda said, quoted by the AP adding he will file appeals asking for  clarification of the decision.

“More than the importance of nationality, it is a matter of respecting rights and following due process in withdrawing nationality,” he added.