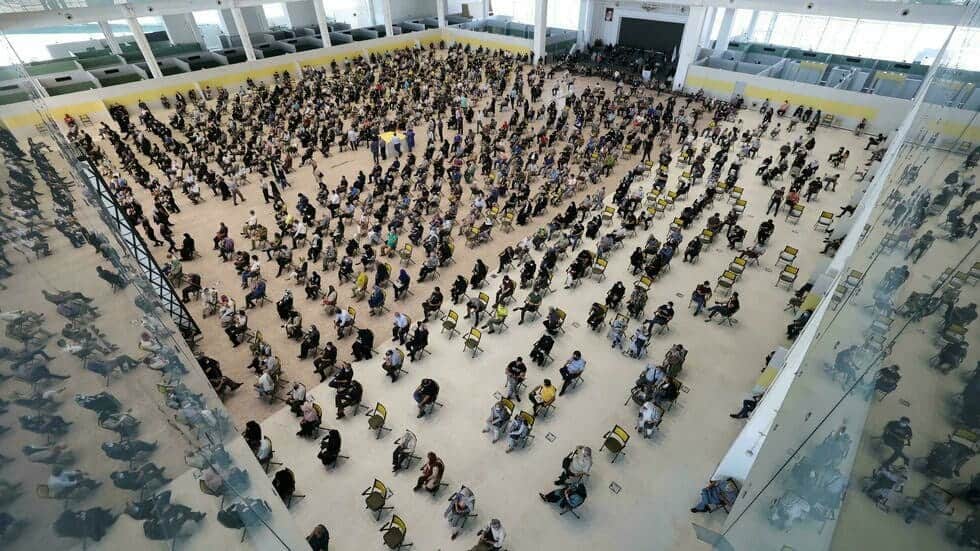 Iran on Saturday announced new curbs to combat the spread of Covid-19 as deaths and infections surge and as the country tries to speed up its vaccination campaign.

The Islamic republic is struggling to contain what officials have called a “fifth wave” of the virus caused by the highly infectious Delta variant.

Iran’s national coronavirus taskforce announced Saturday that government offices, banks and non-essential businesses must close their doors countrywide from Monday until the end of next Saturday.

A ban on car travel between provinces will be in force from noon on Sunday (0730 GMT) until August 27, taskforce spokesman Alireza Raisi told IRNA state news agency.

The new measures coincide with two Shiite religious commemorations set for next week, though authorities said the measures would not impact ceremonies held in the open air.

Iran has avoided imposing a full lockdown on its 83-million-strong population, instead resorting to piecemeal measures such as temporary travel bans and business closures.

Authorities have recently tried to speed up the inoculation campaign amid criticism that it began too late and as the country’s exhausted health system struggles to cope with rising case numbers.

A few thousand Iranians lined up on Saturday at a vaccination centre at Tehran’s sprawling Iran Mall, AFP journalists said.

The government announced recently that teachers, transport workers and Iranians aged over 53 were eligible to receive the jab.

She told AFP that the centre was currently distributing Sinopharm vaccines, but that the type of jab being administered might differ from day to day.

President Ebrahim Raisi said that Iran needed an addition 60 million vaccine doses to “control the unfavourable coronavirus situation”, according to the government’s website.

Raisi told a Covid taskforce meeting on Saturday that 30 million doses would be imported and made available “in a short time”.