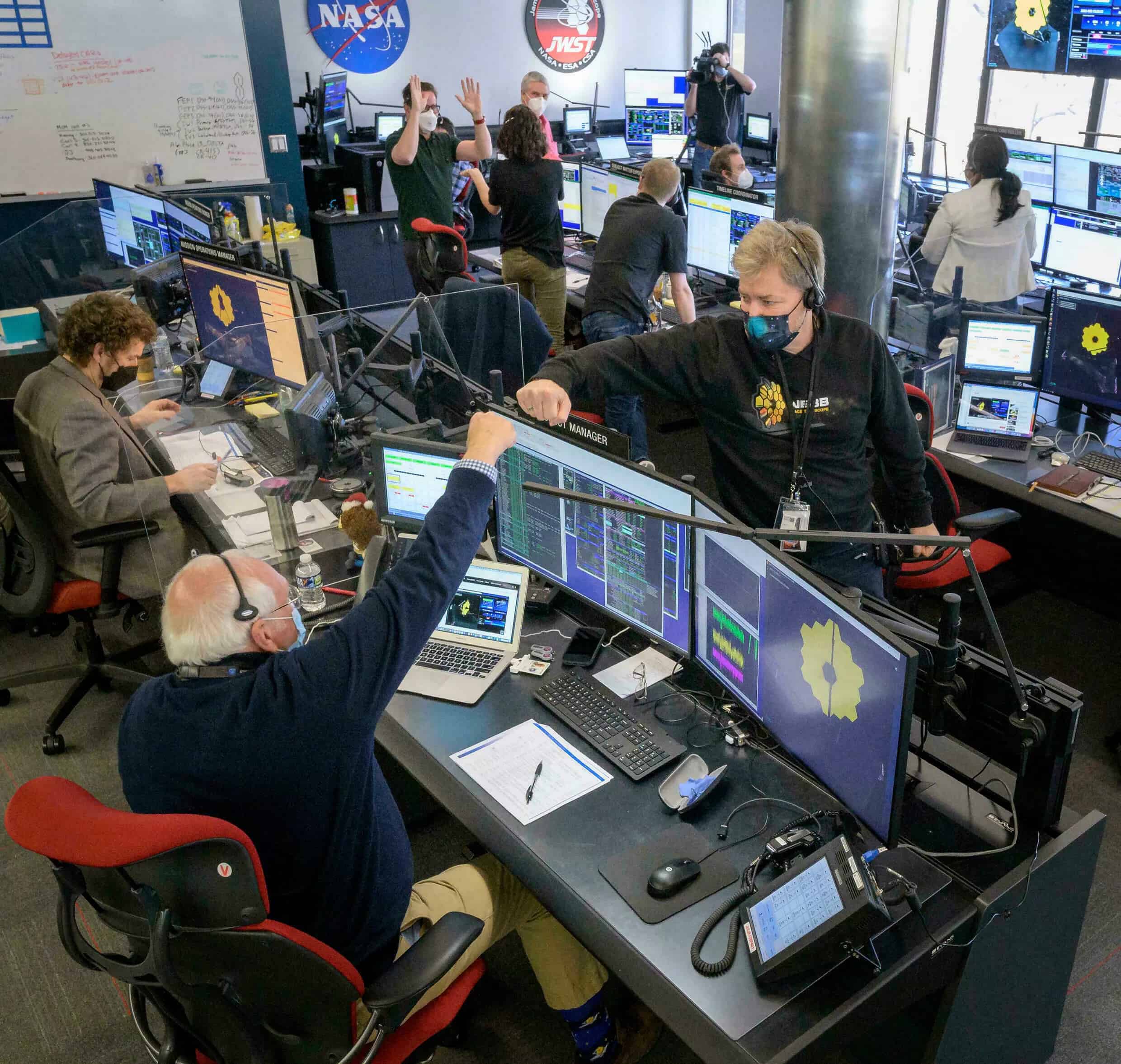 The most powerful space telescope ever built completed a tricky two-week-long deployment phase on Saturday, unfolding its final golden mirror panel, as it readies to study every phase of cosmic history.

Engineering teams in the James Webb Space Telescope’s control room cheered as confirmation came back that its final wing was deployed and latched into place.

“I’m emotional about it what an amazing milestone,” Thomas Zurbuchen, a senior NASA engineer, said during the live video feed as stargazers worldwide celebrated.

Because the telescope was too large to fit into a rocket’s nose cone in its operational configuration, it was transported folded up.

Unfurling has been a complex and risky task “arguably the most challenging deployment program ever done by NASA,” said NASA engineer Mike Menzel.

On Saturday morning, engineers sent a command from the Space Telescope Science Institute in Baltimore, Maryland for the final section of golden mirror to unfold.

According to NASA, after the mirror was latched into place at 1:17 PM (1817 GMT), “the team declared all major deployments successfully completed.”

“I want to tell you just how excited and emotional I am right now,” said Zurbuchen on the live video feed. “We have a deployed telescope on orbit.”

Webb, the successor to Hubble, blasted off in an Ariane 5 rocket from French Guiana on December 25, and is heading to its orbital point, a million miles (1.6 million kilometers) from Earth.

Though Webb will reach its space destination, known as the second Lagrange point, in a matter of weeks, it still has around another five and a half months of setup to go.

“While the journey is not complete, I join the Webb team in breathing a little easier and imagining the future breakthroughs bound to inspire the world,” said NASA Administrator Bill Nelson.

Next steps include aligning the telescope’s optics, and calibrating its scientific instruments.

Far reaches of the Universe

Its infrared technology will allow it to see the first stars and galaxies that formed 13.5 billion years ago, giving astronomers new insight into the earliest epoch of the Universe.

Earlier this week, the telescope deployed its five-layered sunshield a 70-foot (21 meter) long, kite-shaped apparatus that acts like a parasol, ensuring Webb’s instruments are kept in the shade so they can detect faint infrared signals from the far reaches of the Universe.

The sunshield will be permanently positioned between the telescope and the Sun, Earth and Moon, with the Sun-facing side built to withstand 230 degrees Fahrenheit (110 degrees Celsius).

Visible and ultraviolet light emitted by the very first luminous objects has been stretched by the Universe’s expansion, and arrives today in the form of infrared, which Webb is equipped to detect with unprecedented clarity.

Its mission also includes the study of distant planets to determine their origin, evolution, and habitability.

The NASA telescope blog said Saturday’s procedure was “the last of the major deployments on the observatory.”

According to the telescope’s deputy project mangaer at NASA, John Durning, the deployments have been “100 percent successful.”

“That was probably the highest risk part of the mission,” said Bill Ochs, NASA’s lead project manager for Webb, at a post-deployment press briefing.

“That doesn’t mean all our risk goes away.”

Over the next five and half months, the telescope will finish its “commissioning”, which, according to the NASA blog, “consist of settling into stable operating temperature, aligning the mirrors, and calibrating the science instruments.”

At the end of the commissioning period, NASA is planning to release a series of “wow images” says Jane Rigby, a NASA project scientist.

Though she won’t say what the images will be of, they are sure to “really knock everybody’s socks off.”