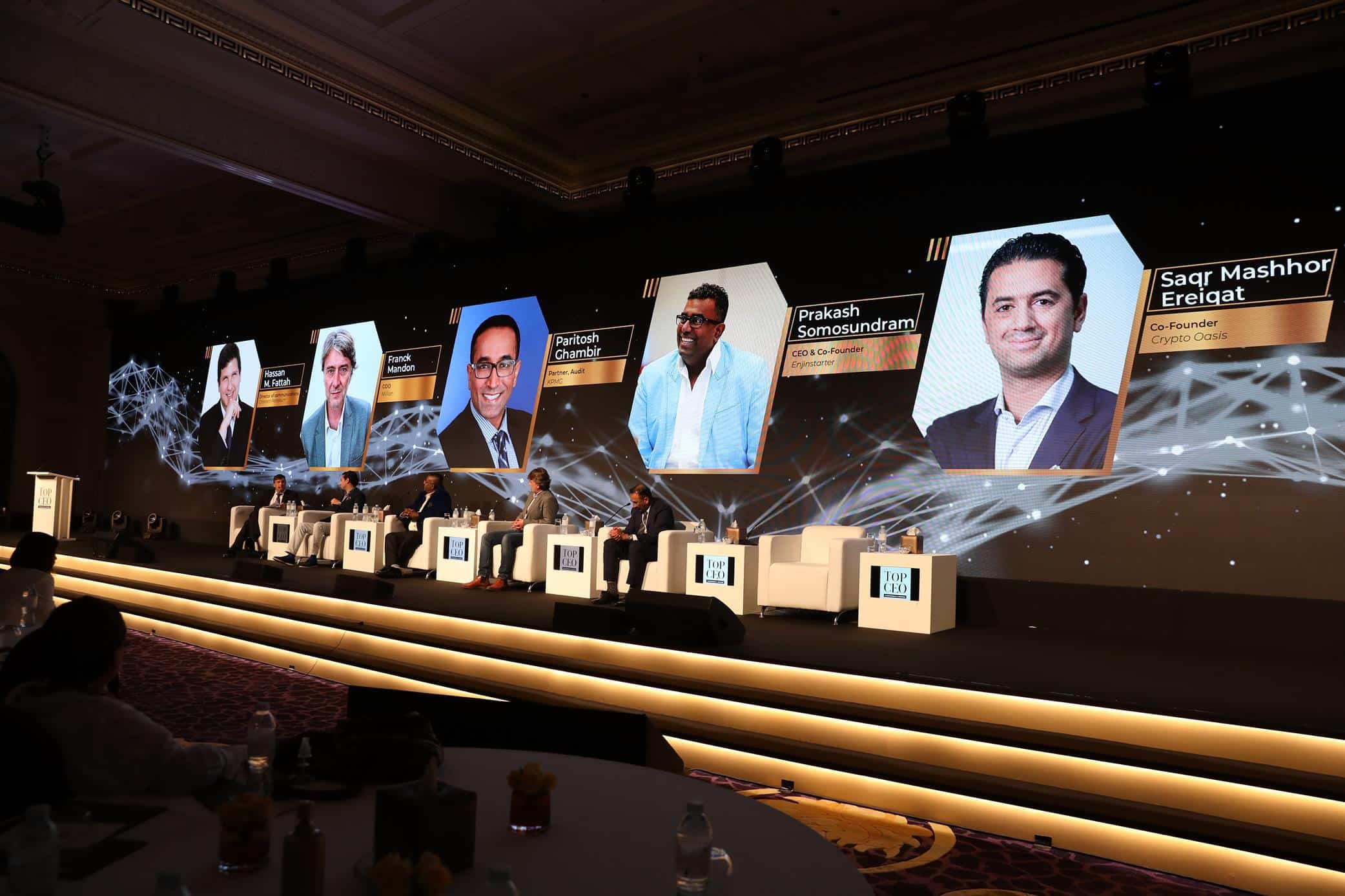 A view from a session titled “A new world: The Blockchain revolution” at the TOP CEO Conference held in Dubai in May 2022. (TRENDS File)

DUBAI, UAE — Abu Dhabi recently launched an association to speed up the development of blockchain and cryptocurrencies in the region.

Experts at the TOP CEO Conference and Awards held in May 2022 had called for entities such as MEAACBA to inform the masses and also hasten the development of accessible, transparent, and compliant crypto-blockchain ecosystems.

“Blockchain won’t go away. It may be a bit challenging to explain the concept to people, particularly elders, now but every new thing takes some time,” Paritosh Ghambir, Partner, Audit at KPMG had said while speaking during a session titled “A new world: The Blockchain revolution” at the event, which was held in Dubai.

“With new blockchain projects, an ecosystem is being built. As the ecosystem (of blockchain) grows, the people will make more money. The earlier you get into it the better it would be,” Enjinstarter CEO and Co-founder Prakash Somosundram had highlighted.

Million CEO Fanck Mandon had said, “The community needs to be part of the creating process. It will be revolution for the next generation of artists to include their fans right at the top of their idea before execution. That has changed the way how they engage to each other.”

Mandon highlighted that blockchain and cryptocurrencies are not disrupting the current status quo. “They are actually creating a new world with new rules and new payers,” he added.

According to MEAACBA Chairman Jehanzeb Awan, the new entity will bring the knowledge, connections and gravitas needed to create wide reaching benefits for this highly dynamic and exciting space.

“We are dedicated to educating the global community and helping all businesses succeed and thrive. This will be delivered by industry experts sharing knowledge through webinars, courses and events. The industry will benefit from the Association as it provides a coordination mechanism between regulators, government agencies, banks, legal, tax and advisory firms to address the most pressing challenges,” said Awan, who also heads ADGM.