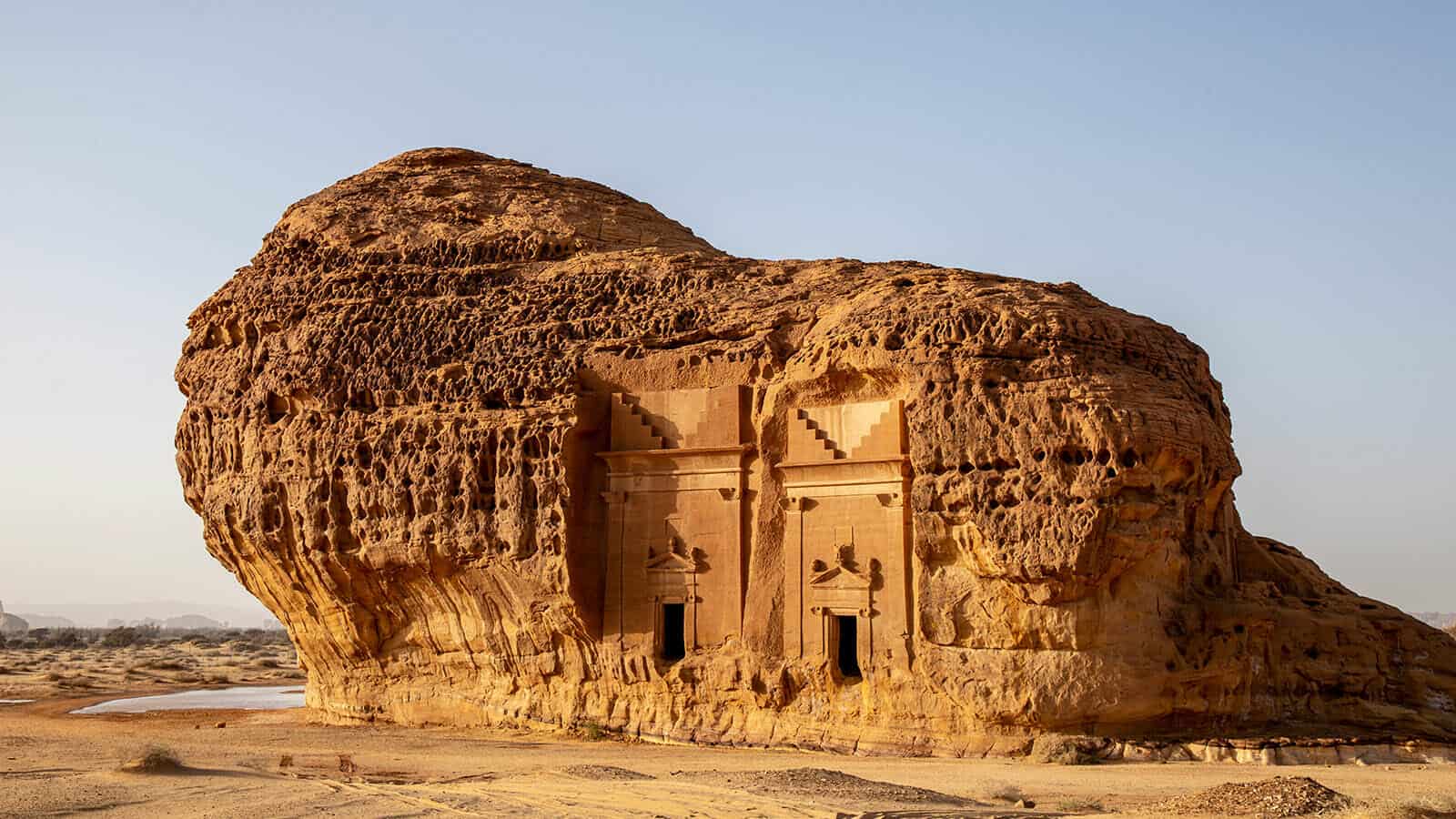 Saudi Arabia is developing Al-Ula as a mega tourism destination.

The land of civilizations and the largest open museum in the world. This is how Saudi Arabia likes to describe its Al-Ula destination in Al-Ula Governorate in the northwest of the kingdom.

Al-Ula was known before Islam as “Dadan” as mentioned in the Assyrian and ancient Arab books, as well as as “Valley of Villages”, but its name was associated with the legacy of the civilization of the Nabataeans, Dadanites and Lihyans.

Al-Ula includes historical human landmarks, including the “Al-Hijr” site, which was built by the creations of the Nabataean civilization. The site was registered as the first UNESCO World Heritage site in the Kingdom of Saudi Arabia.

It also includes the two archaeological kingdoms of Haiyan and Dadan during two successive times, in the period between the ninth century BC. , until the end of the second century or the beginning of the first century BC, in addition to the “Old City”, which was the meeting place for caravans of pilgrims more than a thousand years ago.

The reports said historical and geographical factors of Al-Ula meet, as it is one of the most important archaeological sites in the world whose landmarks tell the history of human civilizations, and is characterized by natural beauty and a qualitative human heritage, which makes it the main target of the largest living museum in the world.

The kingdom’s Vision 2030 aims to reflect the importance of developing Al-Ula Governorate in a manner commensurate with its historical value And its cultural status, and the archaeological sites it contains, in a way that achieves the economic and cultural interest on which the Kingdom’s Vision 2030 is based.

On April 24, 2021 AD, Crown Prince Muhammad bin Salman bin Abdulaziz, who is also the Chairman of the Board of Directors of the Royal Commission for Al-Ula Governorate, launched the design vision for the “A Journey Through Time” scheme.

Its aim is to revive and rehabilitate the main archaeological area in Al-Ula in a responsible and sustainable manner, in a unique cultural and natural environment, the project is a major station within the program for developing Al-Ula and transforming it into a leading global destination for arts, heritage, culture and nature; To achieve the objectives of the Kingdom’s Vision 2030.

The “Journey Through Time” scheme consists of 3 main phases, and its first phase is scheduled to be completed by the end of the year 2023 AD. The development strategy, when completed in 2035, aims to provide 38,000 new job opportunities, in addition to contributing an amount of 120 billion riyals in the Kingdom’s GDP.

The scheme presents a distinctive historical map of the civilizations that inhabited the various oases of Al-Ula over more than 7,000 years of human history, by investing in the heritage and cultural richness, and the natural and geological richness of the region, through the participation of its  community in the development process to preserve the legacy of Al-Ula.

Through this scheme, five centers will be established extending over 20 kilometers from the heart of Al-Ula, in inspiring and essential stations along the path of “a journey through time”, starting from the center of the old town in the south, passing through the center of Dadan Oasis, Oasis of Jabal Ikma, and Nabatieh Oasis, all the way to Al-Hajar City. archaeological north.

The “Journey Through Time” scheme constitutes a national investment in the AlUla community through the authority’s commitment to support and enable community participation. The scheme includes the provision of community services, new facilities, and a range of cultural and educational facilities, to achieve a cultural economy, improve the lifestyle of the individual and the family, and contribute to the revival and rehabilitation The cultural oasis, and the sustainable development of its agricultural community, a commitment to developing the agricultural sector in the governorate.

The institute will specialize in studying and analyzing artifacts, their contents and the stories behind them, as well as the most advanced scientific methodologies and international practices for archaeological excavation and heritage preservation.

Through a number of events, AlUla attracts tourists and visitors from inside and outside the kingdom. The development of Al-Ula International Airport, in accordance with the standards of international airports, contributed to the reception of visitors, as it increased from 100,000 passengers annually to 400,000; In order to meet the increasing demand from tourists around the world to visit Al-Ula, which is an important step towards achieving the comprehensive strategic plan for the development of Al-Ula and the Authority’s goals of attracting two million visitors to Al-Ula by 2035.