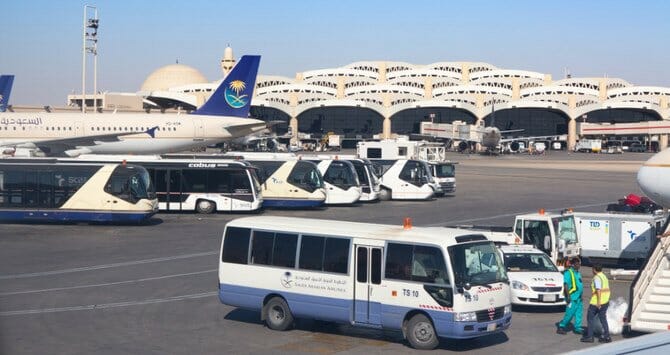 Saudi Arabia expects to generate $150 billion from investments in public transportation, railways, and airport expansion in the next ten years.

He said the government would provide 35 percent of the needed investments, and the rest would come from private investors. The strategy would have multiple benefits on economic activities because it would connect many sectors, such as Hajj and tourism, as well as industries.

Abdulaziz Alduailej, president of the General Authority of Civil Aviation, said Saudi airlines would aim under the new strategy to reach 250 destinations worldwide, up from 90 destinations currently. The country aims to increase airport capacity to 330 million passengers a year, up from 103 million.

Crown Prince Mohammed bin Salman launched the new transport and logistics blueprint a week ago. It aims to position the Kingdom as a global logistics hub connecting three continents, and improve all transport services in support of Saudi Vision 2030.

“This strategy will strengthen human and technical capabilities in the transport and logistics sector in the Kingdom,” the crown prince said.