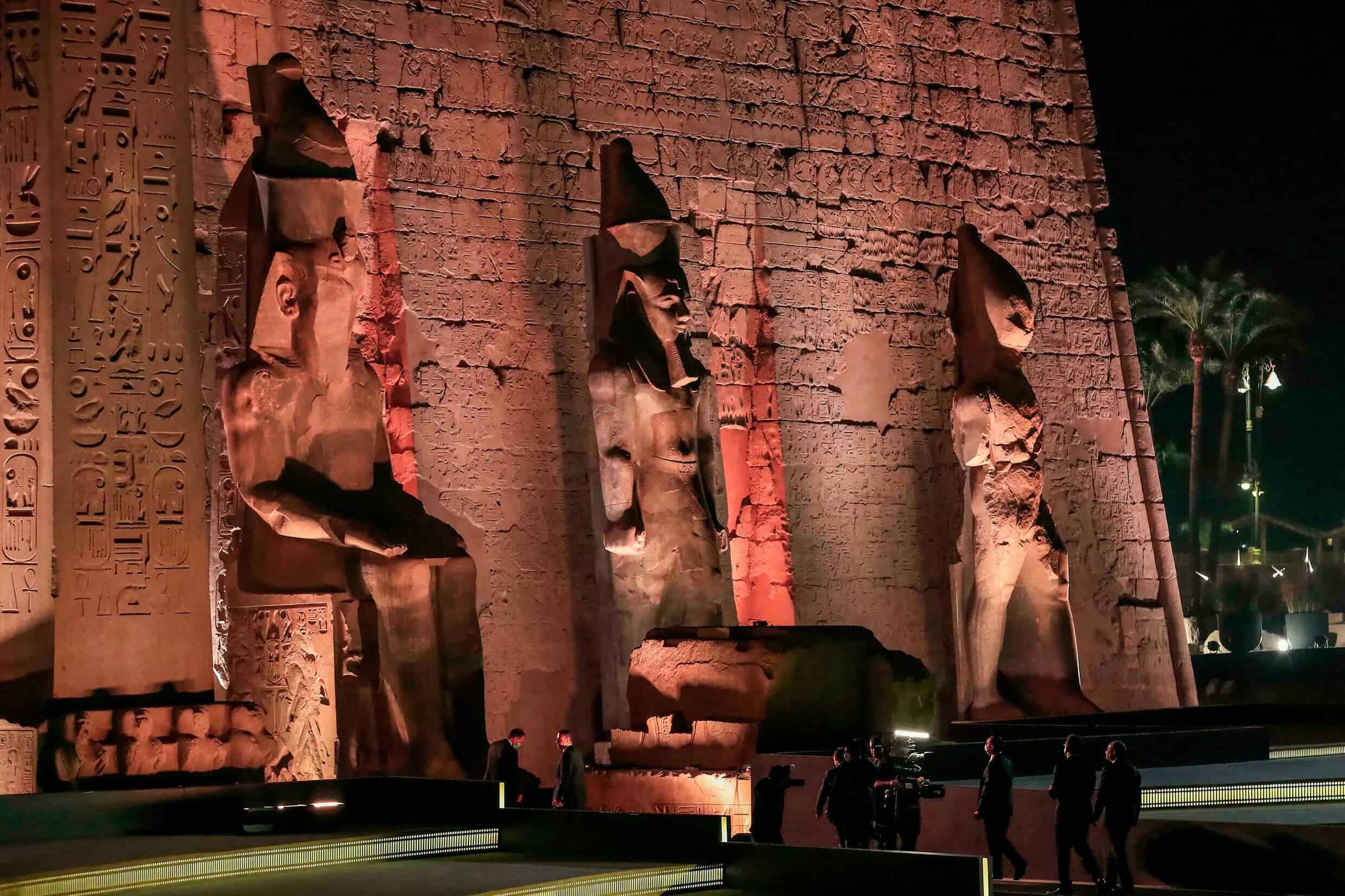 The road is nearly 3 km (2 miles) long and named The Path of God in ancient Egyptian mythology.

Egypt unveiled on Thursday, November 25, a road lined with hundreds of ram-headed sphinx statues dating back more than 3,000 years, in a grandiose night-time ceremony at Karnak Temple in archaeologically-rich Luxor.

Dubbed the Rams Road, the sandstone-paved path connecting the temples of Karnak and Luxor in the center of the southern Nile city was officially opened by President Abdel Fattah al-Sisi and a host of senior officials in a spectacular night-time ceremony.

The road is nearly 3 kilometers (2 miles) long and named The Path of God in ancient Egyptian mythology.

It is flanked on both sides by statues that were buried for centuries under desert sands before they were revived and restored for display by the country’s Egyptologists in recent years.

The ram is an embodiment of the ancient Egyptian deity Amun.

Luxor Temple was constructed some 3,400 years ago by Amenhotep III and has been used as a site of continuous religious worship from the ancient Egyptians to Christian Copts and later Muslims.

Egypt’s tourism and antiquities ministry has vowed to make the Arab world’s most populous country a vaunted destination for tourists by boosting its reputation as “an open-air museum”.

The tourism sector in Egypt employs 2 million people and generates more than 10 percent of the country’s gross domestic product.

But it has taken a hit in recent years from political turbulence following the 2011 revolution, multiple terror attacks, and more recently the coronavirus pandemic.

In April, a procession of floats carried the mummified remains of 22 pharaohs through Cairo’s streets in a parade complete with a 21-cannon salute to the newly opened National Museum of Egyptian Civilization.

In the coming months, the country is due to inaugurate another new showcase, the Grand Egyptian Museum, near the Giza pyramids in Cairo.