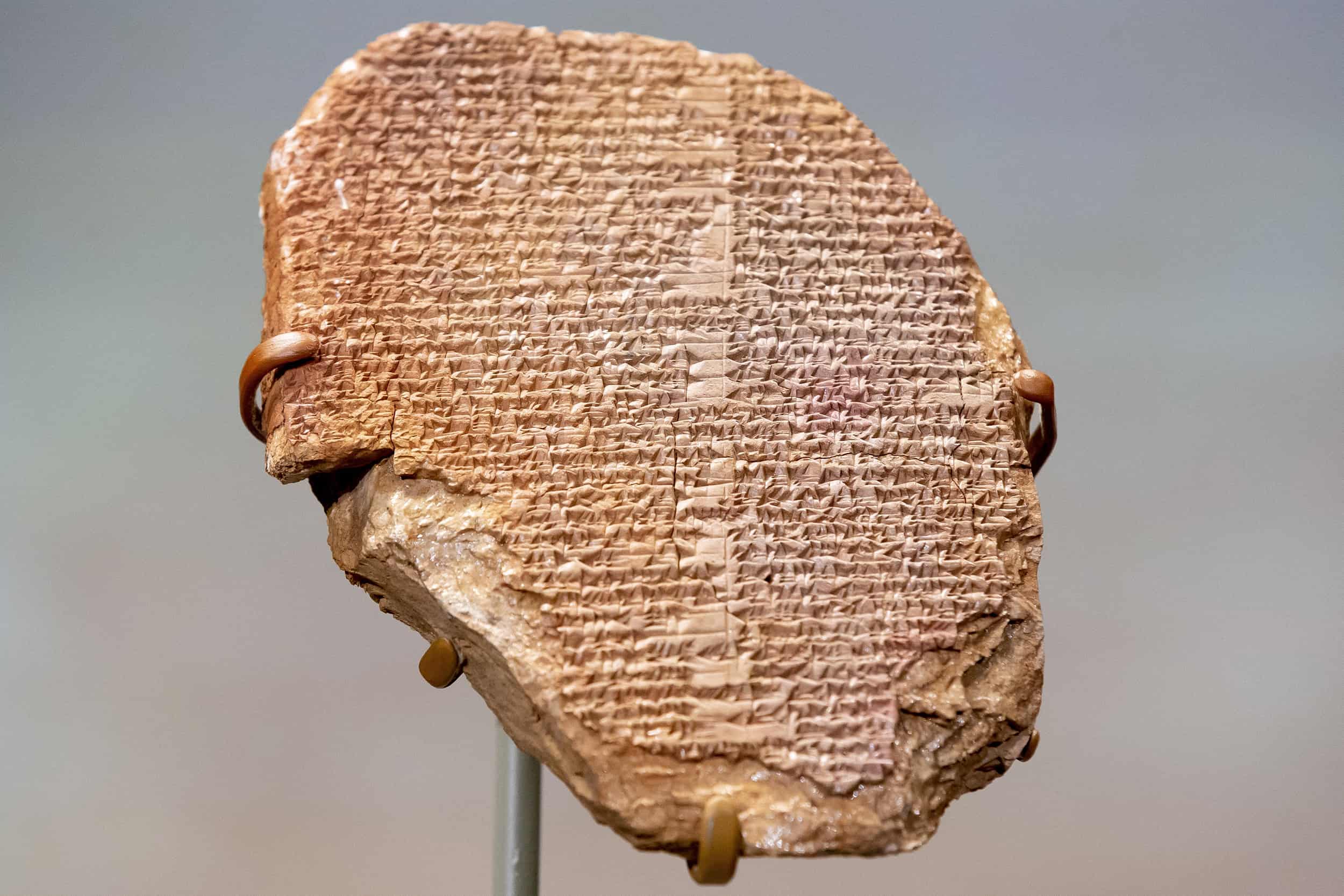 The tablet of Gilgamesh one of the oldest literary texts of Iraq's history, AFP.

A 3,500-year-old tablet featuring the Mesopotamian Epic of Gilgamesh has been returned to Iraq three decades after it was stolen and illegally imported to the US.

The tablet was exhibited to the media in Iraq on Tuesday by the authorities who welcomed its return as a “victory” over those who stole the country’s “history”.

The clay tablet features characters in cuneiform and is believed to have been stolen from an Iraqi museum in 1991 while the country was caught up in the first Gulf War.

The Epic of Gilgamesh is considered one of the oldest pieces of literature in the world, telling the story of a Mesopotamian king on a quest for immortality.

In a press conference on Tuesday in Baghdad, the Iraqi foreign minister delivered to the culture minister three artifacts recovered from the US and the UK: the tablet of Gilgamesh, a Sumerian ram’s head and a Sumerian tablet.

The tablet of Gilgamesh “is of great importance, it is one of the oldest literary texts of Iraq’s history,” Minister of Culture and Antiquities Hassan Nazim told AFP.

During the press conference, he stressed the “message sent to all those who smuggle our antiquities and have sold them at international auctions: ultimately, the fate of such operations is restitution”.

In one year, Iraq has recovered nearly 18,000 artifacts, including 17,899 pieces returned from the US in the summer.

About 4,000 years old, the artifacts were returned in late July aboard a plane carrying Prime Minister Mustafa al-Kadhemi from a trip to Washington where he met US President Joe Biden.

“This day represent a victory in the face of the desperate attempts of those why try to steal our great history and our ancient civilization,” Iraqi Foreign Minister Fuad Hussein said Tuesday.

The tablet reappeared in Britain in 2001. An American art dealer bought it from a London-based Jordanian family in 2003, before sending the piece to the United States without declaring its true nature to customs.

The tablet was sold once again in 2014 for $1.67 million to the owners of craft chain Hobby Lobby, the Green family, fundamentalist Christians who wanted to display it at their Museum of the Bible in Washington.

A museum curator became concerned about the tablet’s origins in 2017, feeling that its documentation was incomplete. It was finally seized in 2019.

Iraq has seen its historical artifacts looted for decades, including since the US invasion in 2003 and the rise of the Islamic State militant group 10 years later.