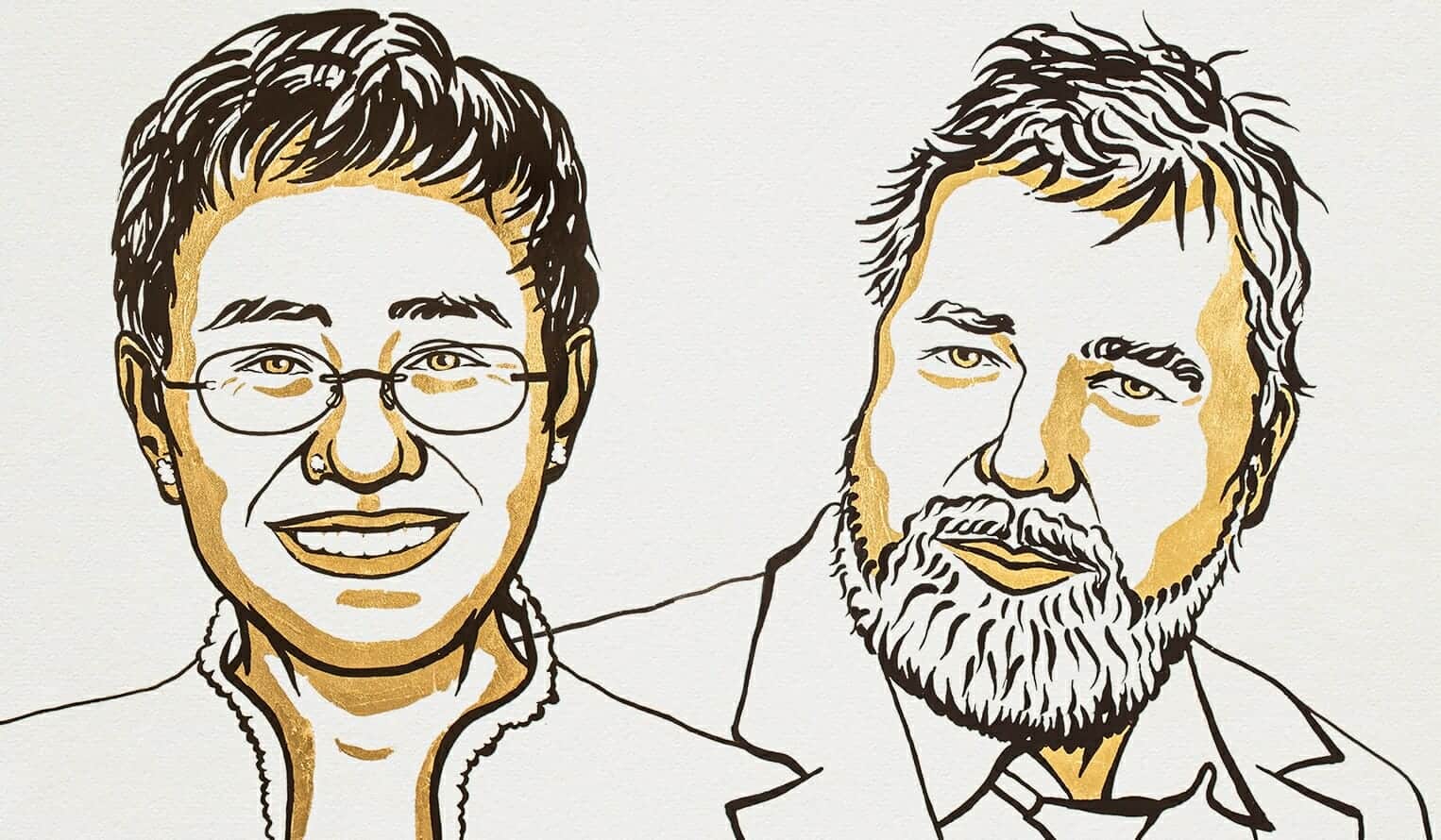 Journalists Maria Ressa from the Philippines and Dmitry Muratov from Russia have been awarded the Nobel Prize for Peace for the year 2021.

The Nobel Committee said in a statement on Friday, October 8, that these scribes were awarded the prize “for their efforts to safeguard freedom of expression, which is a precondition for democracy and lasting peace.”

It went on to add that Ressa and Muratov were being given this prize “for their courageous fight for freedom of expression in the Philippines and Russia.”

It also said: “At the same time, they are representatives of all journalists who stand up for this ideal in a world in which democracy and freedom of the press face increasingly adverse conditions.”

Ressa co-founded digital media company Rappler for investigative journalism in 2012, one which she still heads.

The committee noted that as a journalist and the Rappler’s CEO, “Ressa has shown herself to be a fearless defender of freedom of expression.”

Muratov, on the other hand, helped found the independent newspaper Novaja Gazeta in 1993. Since 1995, he was the newspaper’s editor-in-chief for a total of 24 years.

The Nobel jury noted: “Novaja Gazeta is the most independent newspaper in Russia today, with a fundamentally critical attitude towards power.”

It added: “The newspaper’s fact-based journalism and professional integrity have made it an important source of information on censurable aspects of Russian society rarely mentioned by other media.”

The panel also noted that it would be difficult to successfully promote fraternity between nations, disarmament and a better world order without freedom of expression and freedom of the press.

“This year’s award of the Nobel Peace Prize is therefore firmly anchored in the provisions of Alfred Nobel’s will,” it concluded.