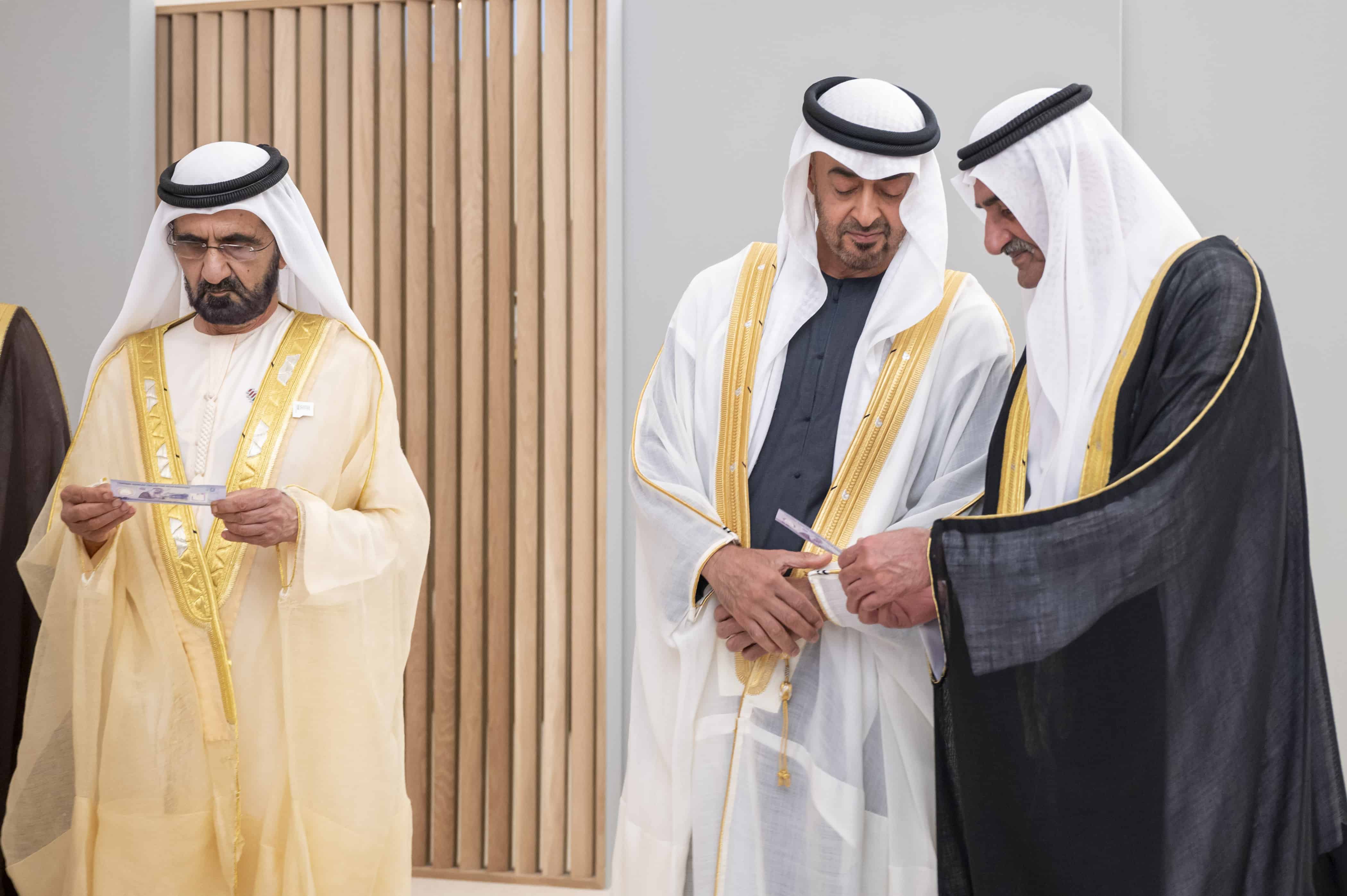 Rulers of the emirates attend the launch of the new AED50 banknote.

The Central Bank of the UAE on Tuesday launched the third issue of the national currency of AED50 as part of the Golden Jubilee of its union on December 2, 1971.

The new issue is the first banknote made of polymer material to be circulated in the UAE, local reports have said.

The initiative comes in honor of the founding father Sheikh Zayed bin Sultan Al Nahyan, and the first generation of rulers of the emirates, as well as their dedication and historical role in uniting the country, official sources said.

The front of the new banknote features a portrait of the late Sheikh Zayed bin Sultan on the right, and the memorial picture of the founding fathers after signing the union document in the centre.

There is also a picture of Wahat Al Karama — the memorial to the martyrs of the Emirates — on the left.

The reverse of the banknote includes a picture of the late Sheikh Zayed signing the union agreement.

It also has a picture of Etihad Museum, which witnessed the establishment of the union and the raising of the UAE flag for the first time.

In line with its sustainability initiatives, the new AED50 banknote is the first in the UAE made of polymer.

Polymer banknotes are said to be more durable and sustainable than traditional cotton paper banknotes, lasting two or more times longer in circulation.

In this issue, the CBUAE is said to have added prominent symbols in Braille to help blind and visually-impaired individuals identify the banknote’s value.

The banknote is expected to be available at central bank branches and ATMs in the near future.

The current AED50 note will continue to be in circulation, as a banknote whose value is guaranteed by law.