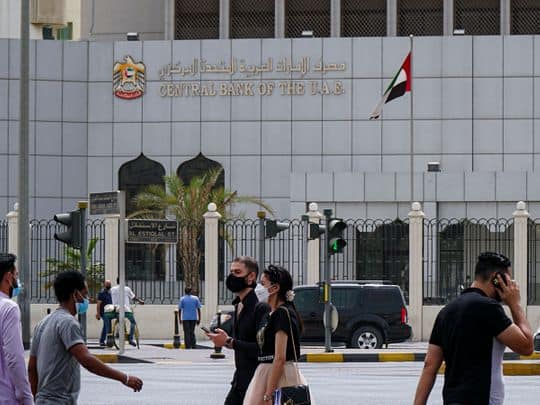 The UAE-based banks hiked by Dh54.8 bn ($14.92 bn) their investments in held-to-maturity securities, debt securities, equities and other vehicles during the first four months of 2021, statistics by the Central Bank of UAE have showed.

This increased to Dh510.6 bn the cumulative total of these investments by the end of April, a growth of 12 percent from Dh455.8 bn by the end of December 2020.

According to the apex bank, the UAE lenders accelerated investments in debt securities by Dh9.3 bn to a total of Dh299.8 bn, during the reference period, which accounts for 58.7 percent of the UAE banks’ total investments by the end of April.

Their held-to-maturity securities amounted to Dh154.6 bn by the end of the reference period, Dh43.2 bn up -38.8 percent- from the end of last year.

Trading in equities climbed to Dh9.6 bn from January through April, 2021, compared to Dh9.2 bn in December, 2020. Other investment instruments valued Dh46.6 bn by end of April.