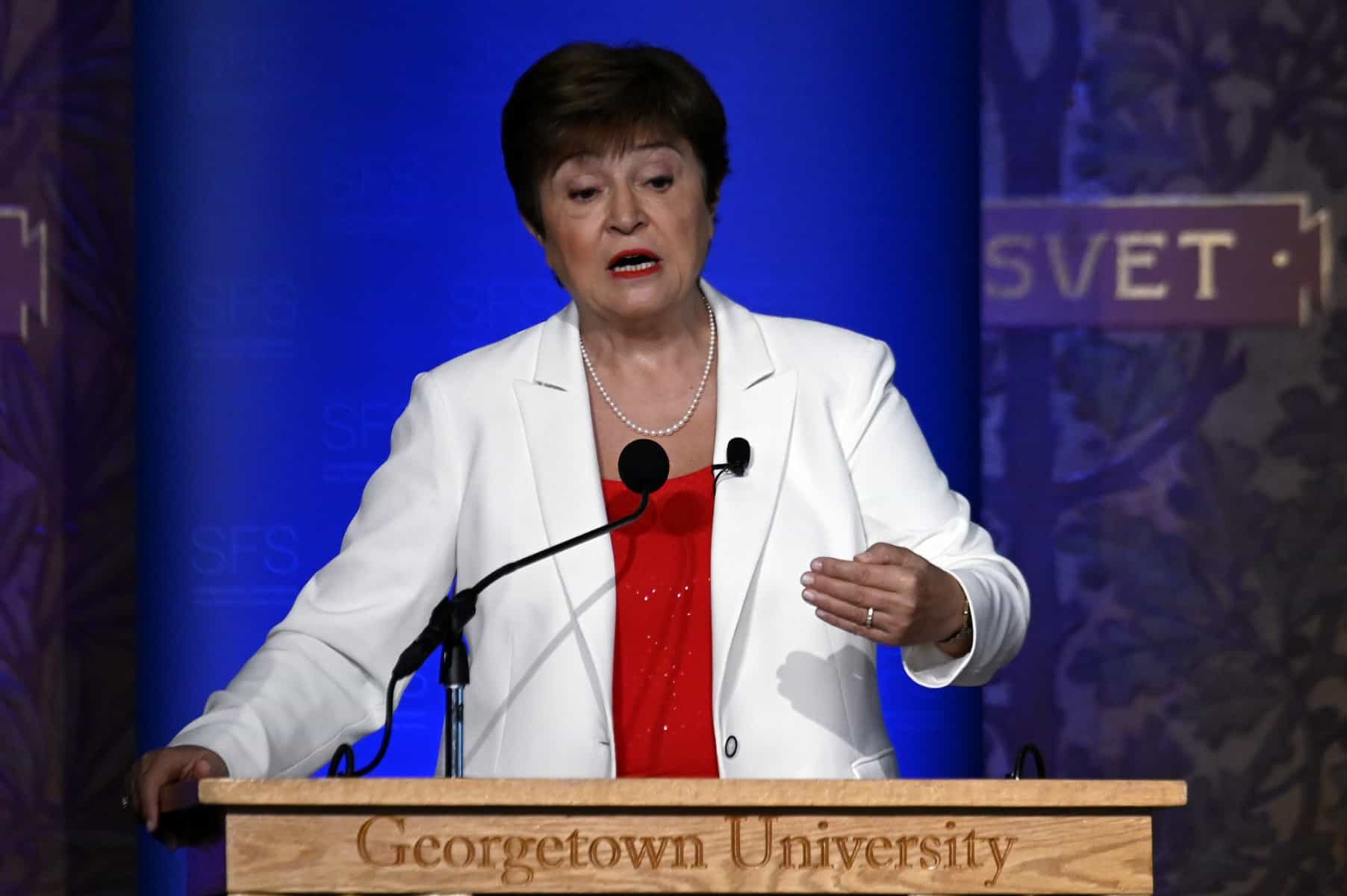 The pandemic forced many countries to take on more borrowing, and now many are already facing or at risk of debt distress amid rising interest rates. (AFP)

In a speech ahead of the fund’s annual meetings next week, the IMF’s managing director said it was critical to “stabilize the global economy by addressing the most immediate challenges” – including rampant inflation.

Policymakers need to act together to “prevent this period of heightened fragility from becoming a dangerous ‘new normal,'” Georgieva said Thursday.

But she warned the process will be painful – and that if central banks move too aggressively to tamp down price pressures, it could trigger a “prolonged” economic downturn.

Finance ministers and central bank governors from over 180 nations will gather next week in Washington for the first fully in-person meeting of the International Monetary Fund and World bank since 2019, prior to the COVID-19 pandemic.

Faced with the “darkening global outlook … the risks of recession are rising,” Georgieva said — announcing that the crisis lender plans to once again downgrade its 2023 forecast for the world economy, in the forecasts due to be published next week for the annual meeting.

One-third of countries are expected to see at least two quarters of contraction, and “even when growth is positive, it will feel like a recession” because of rising prices eroding incomes, she said.

The fund in July slashed its growth forecast for this year to 3.2 percent and for next year to 2.9 percent – the third consecutive downgrade.

The meetings come at a difficult time for the global economy, with the pandemic largely under control, but soaring inflation and rising interest rates now threatening to reverberate around the globe and choke off nascent recoveries.

Global supply snarls already were a challenge as demand surged following the pandemic slowdown, fueling inflation worldwide, and strains worsened in the wake of the Russian invasion of Ukraine – which Georgieva called a “senseless war” – sending food prices soaring.

“Far from being transitory, inflation has become more persistent,” and acting before high prices become entrenched is a key challenge for policymakers, Georgieva said – warning that “the cost of a policy misstep can be enormous.”

“Not tightening enough would cause inflation to become deanchored and entrenched,” but moving “too much and too fast – and doing so in a synchronized manner across countries – could push many economies into prolonged recession,” she said.

Despite the risks, central banks need to continue “act decisively.”

“This is not easy, and it will not be without pain in the near term,” she cautioned. “But the key is to avoid much greater and longer-lasting pain for everyone later on.”

Georgieva stressed the need for fiscal policies to help the most vulnerable segments of society, but warned that efforts must be targeted “with a laser-sharp focus on lower-income households,” to avoid acting against the current of monetary policy.

She cautioned against relying on price controls which are not affordable nor effective.

The pandemic forced many countries to take on more borrowing and now many are already facing or at risk of debt distress amid rising interest rates.

That “raises the risk of a widening debt crisis” which could further harm global growth.

To reduce the risk “large creditors such as China and private-sector creditors have a responsibility to act,” she said, calling for “faster and more predictable” action on debt restructuring.