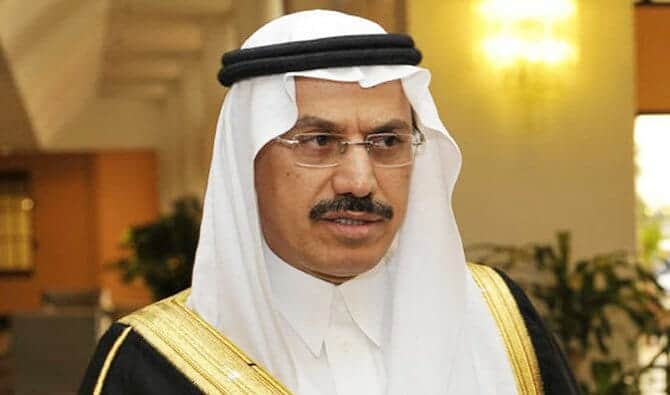 The Islamic Development Bank has appointed the former Saudi economy and planning minister, Mohammed Sulaiman Al-Jasser, as the new head of the bank for the next five years.

According to a bank statement on Sunday, the bank’s board of governors passed the draft resolution to appoint Mohammed Sulaiman Al-Jasser based on a statement from IsDB’s general secretariat, said Sardor Umurzakov, the board’s chairman and Uzbekistan’s minister of investment and foreign trade.

The board also approved another draft resolution to thank King Salman and the Saudi government for their continuous support for the bank since its inception.

Outgoing president and Saudi economist Bandar bin Mohammed Hamza Hajjar was also thanked for the “distinguished services he has provided to the bank since his election.”

The statement said that the member institutions of the IsDB Group had contributed to “the remarkable success achieved in the past period, raising its position among banks and international markets.”

The bank’s procedures committee held a virtual meeting on July 6 to consider the kingdom’s nomination of Al-Jasser to succeed Hajjar.