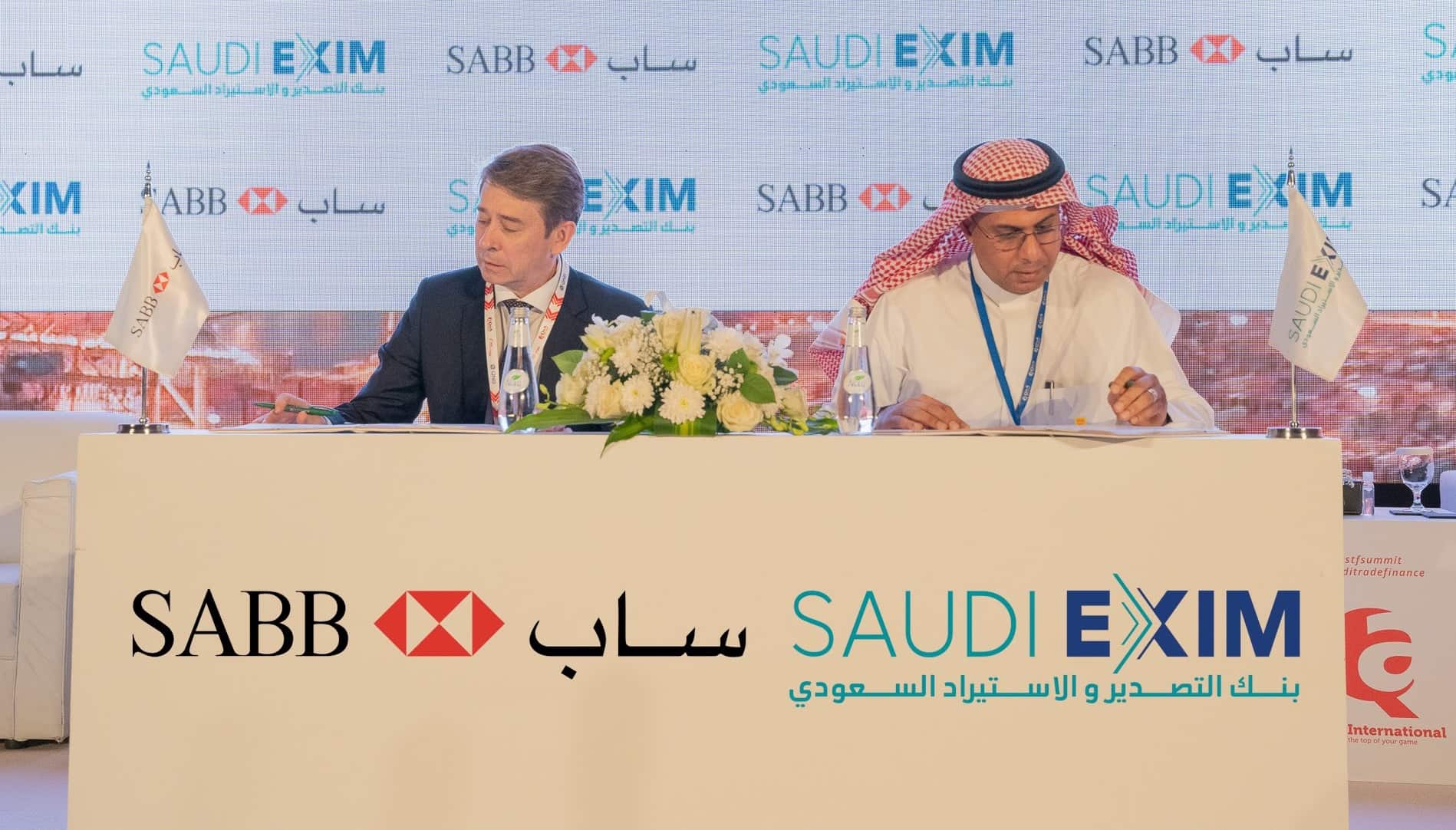 The Saudi EXIM Bank signs a deal with the Saudi British Bank.

The deals were signed on the sidelines of the ninth Annual Saudi Trade Finance Summit, of which the Saudi EXIM Bank is the platinum sponsor.

The summit is being held under the theme Trade and Supply Chain Resilience and Treasury Management, said the local reports.

On the sidelines of the summit, the Saudi EXIM Bank signed an insurance policy to enhance bond accreditation with the Saudi British Bank with a value of SAR238 million (around $63.5 million).

The Saudi EXIM Bank also signed credit-line agreements with Jordan’s Capital Bank and the National Bank of Iraq with a total value of $55 million to support importers of Saudi goods, services, and products in the Jordanian and Iraqi markets.

The two agreements are important due to the opportunities for Saudi exports in the two countries and the reputation of the Saudi non-oil products that are known for quality and competitiveness rate in vital sectors, said the local reports.

Meanwhile, the two-day summit, which began on Monday, November 15, is expected to bring together experts and leaders of pioneering financial institutions to discuss stimulus plans to increase the efficiency of the economic system, and changing trends in the trade finance sector until drawing the features of the Saudi economy as part of joint efforts to develop the financial strategy and build effective systems necessary to develop the trade finance sector.