A floating house launched in UAE sells for Dh 20 million 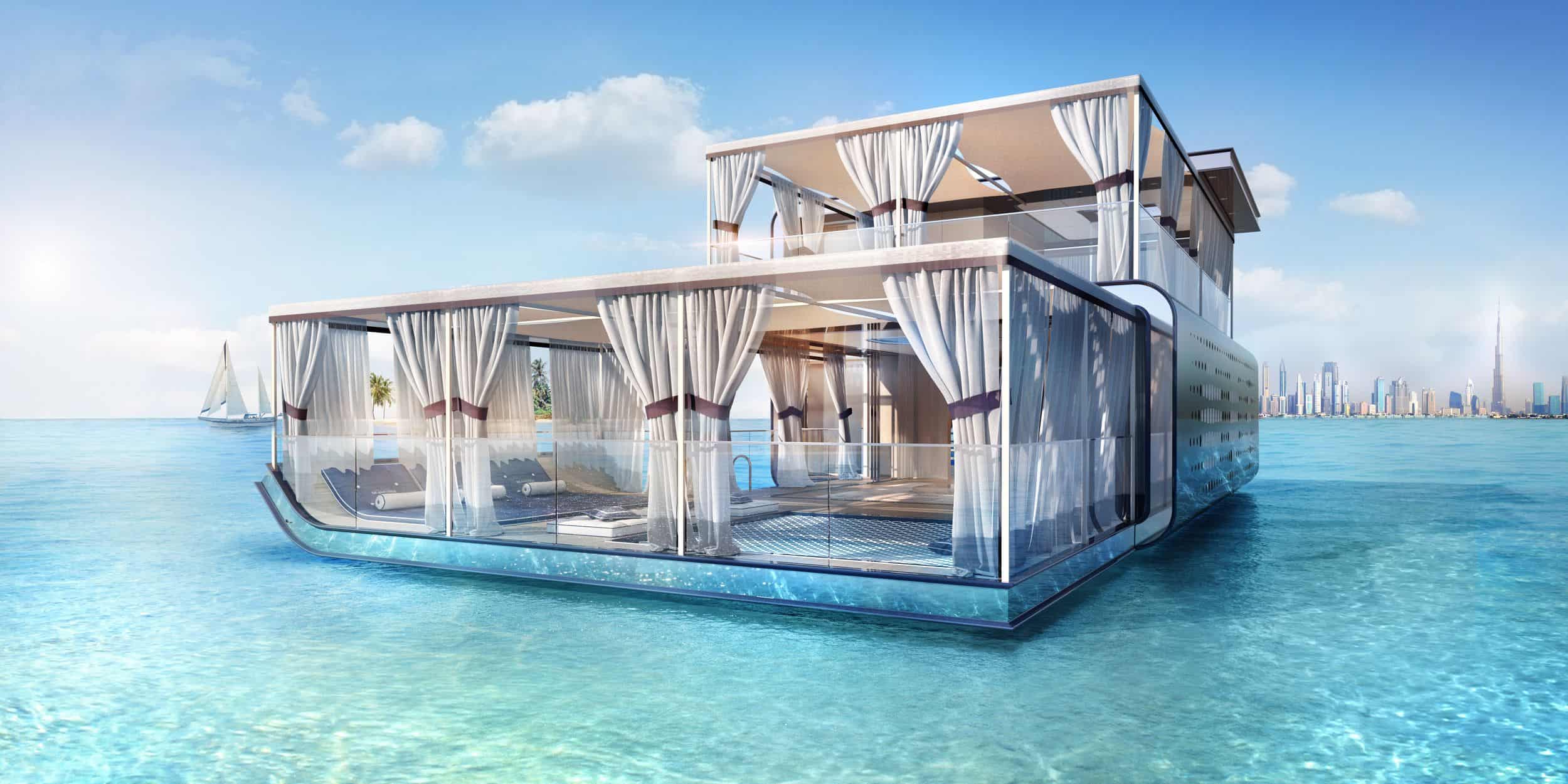 The floating units can safely move from one place to another, using special hydraulic engines. Conforming with international safety standards, the units are also equipped with a self-sterilizing system in addition to a smart automated system that operates the house in full. The floating units use solar energy and smart technologies to treat wastewater.

The floating house was launched at Al Hamra Port in Ras Al Khaimah and it will be floated to settle in Jumeirah, Dubai. Muhammad Elbahrawy, CEO of Seagate Shipyard, said the main reasons behind launching this project in Dubai is the emirate’s position as a major tourist and investment destination, its flexible economic policies and robust infrastructure.

The project will consists of a luxury hotel of 156 suites and rooms, encircled by 12 residential floating boats. Elbahrawy said the remaining units of the Dh870 million project will be launched in the near future and the project will be completed in first quarter of 2023. The first unit of Neptune was bought by Dubai-based businessman Balvinder Sahani, also known as Abu Sabah, for Dh20 million.