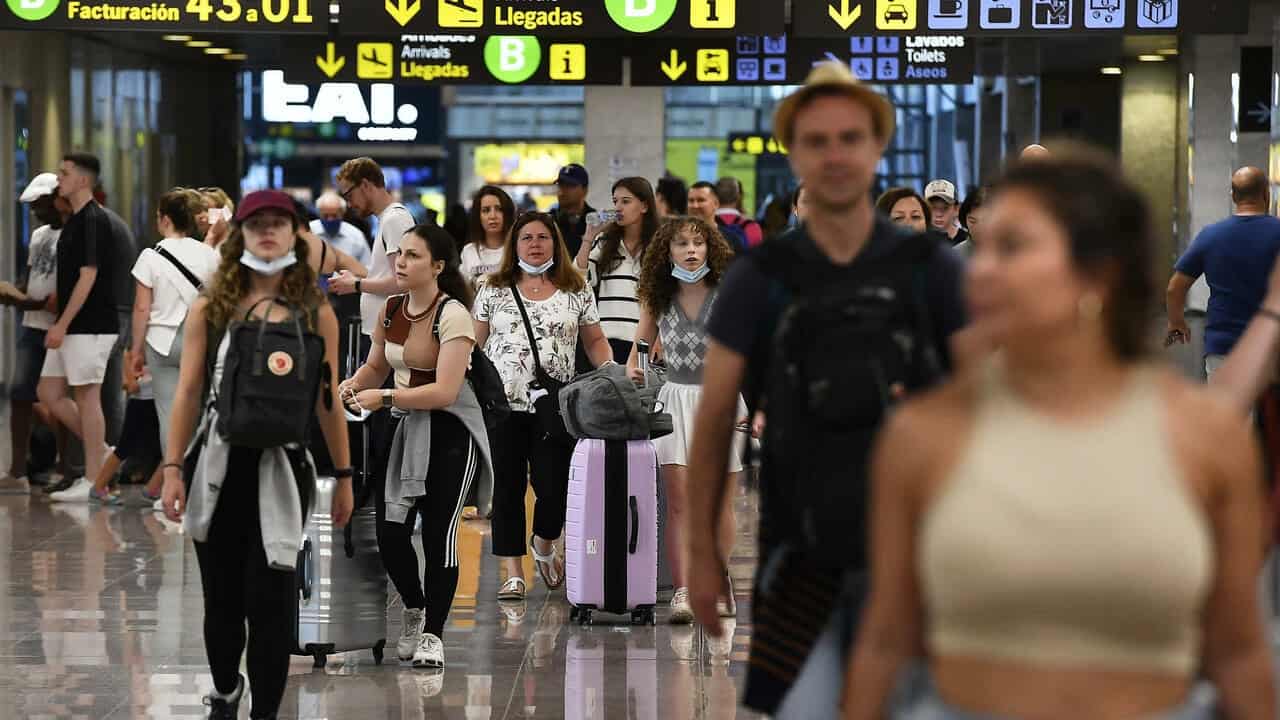 In Europe and the United States, carriers are now regaining customers with demand boosted by vaccinations and the end of Covid restrictions. (AFP)

Airlines are recovering from the huge Covid fallout but face fresh turbulence from rocketing inflation while airports battle to cope with booming demand.

Here is an assessment of the state of airlines ahead of next week’s Farnborough airshow that traditionally witnesses big deals struck for new Airbus and Boeing planes.

Flying back to profit

Global airlines suffered cumulative losses of almost $190 billion between 2020 and 2022, according to industry body the International Air Transport Association (IATA).

However, particularly in Europe and the United States, carriers are now regaining customers with demand boosted by vaccinations and the lifting of Covid restrictions.A return to profitability appears within reach for airlines in 2023, according to the IATA, predicting a rebound in passenger numbers this year to 83 percent of pre-pandemic levels.

There is rapid consolidation as the sector faces headwinds from historically-high fuel prices and big salary increases in the face of decades-high inflation.

Many carriers are also suffering from severe staff shortages, having slashed thousands of jobs in the pandemic.

A lack of staff is constraining capacity at the world’s biggest airports.

In the United States, Spirit Airlines is the subject of a takeover tussle between rival carriers JetBlue and Frontier.

In Europe, Air France and Lufthansa are vying for control of Italy’s ITA Airways, formerly known as Alitalia.

And in South America, Brazilian airline Gol and Colombia’s Avianca agreed to merge to create a regional titan.

North America and Europe are soon expected to return to pre-pandemic levels of air traffic, but Asia is lagging behind as Beijing’s strict zero-Covid policy hampers recovery.

The IATA forecasts the world’s domestic air traffic will return to pre-crisis levels by next year.

Top airports have been plagued by mountains of misplaced luggage and vast security queues, while some passengers have been stranded on planes owing to shortages of ground staff.

Airlines, including British Airways and Lufthansa, have been forced to axe thousands of flights owing to a lack of staff.

And air traffic control has faced delays, including as a result of planes being re-routed to avoid Belarusian, Russian and Ukrainian airspace because of the war.

European plane maker Airbus and its fierce US rival Boeing are experiencing a surge in orders, having slashed production during the early stages of the coronavirus pandemic.

Airlines are readying for a strong rebound in international travel following the lifting of Covid restrictions.

Airbus had slashed its production rate by 40 percent in the initial stages of the pandemic.

But with recovery on track, it eyes record production of single-aisle A320 passenger jets of 65 per month for the second half of next year.

This despite Airbus and Boeing coming up against a global supply-chain crisis as economies reopen from pandemic lockdown.

Boeing is meanwhile mired in problems and still seeking to transform the fortunes of its crisis-hit MAX jet after two deadly crashes in 2018 and 2019.

The US giant has not delivered a 787 long-haul plane for more than a year due to production issues, while its 77X has had its certification postponed until 2025.