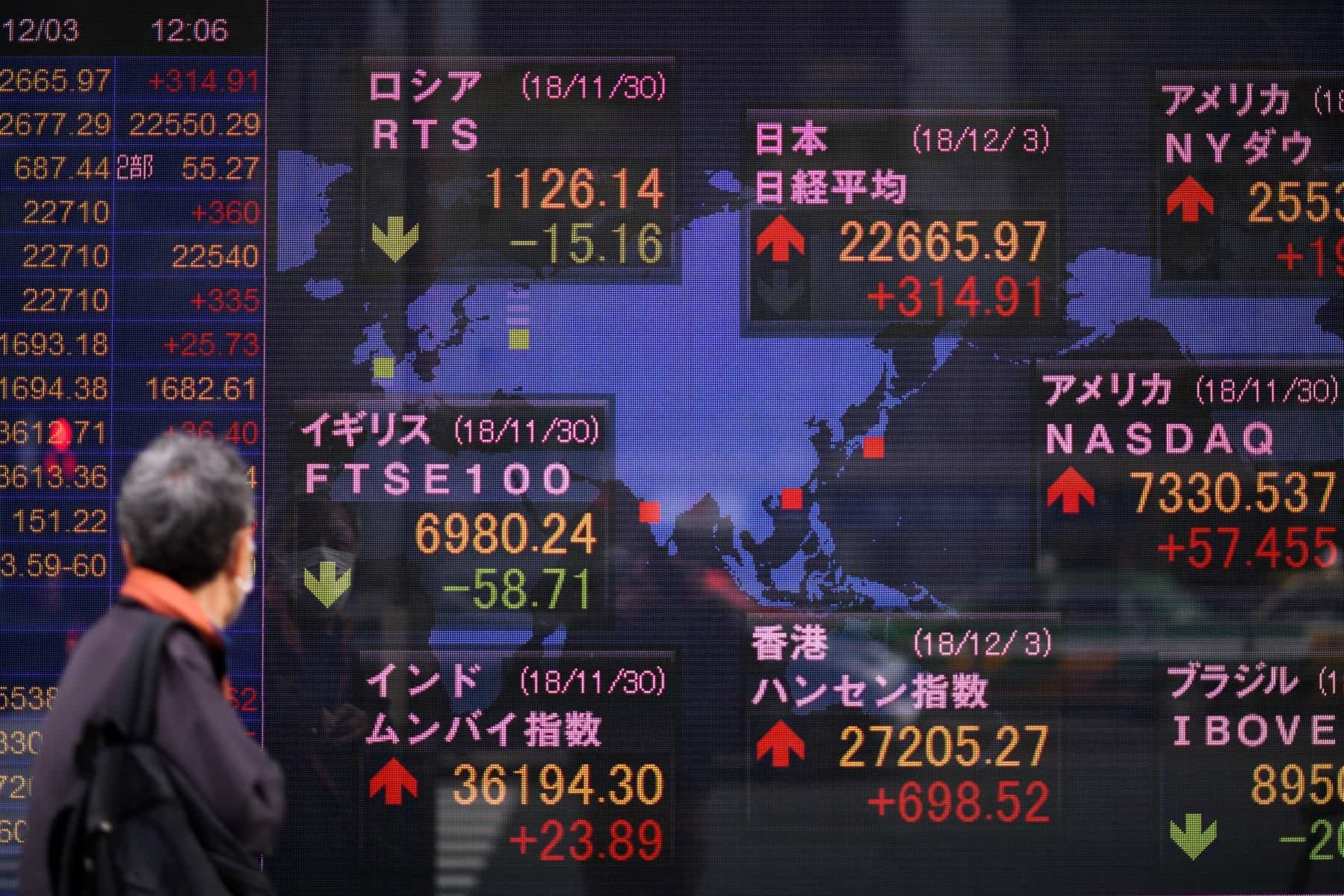 A man looks at a stock indicator board of the Tokyo Stock Exchange in Tokyo on December 3, 2018. (AFP File Photo)

By TRENDS Desk AFP
May 16, 2022 2:58 pm
Share
Asian equities were up on Monday after a rally on Wall Street last week, but analysts say fears of a recession due to surging inflation and Covid-driven supply chain woes still have investors worried. World markets have been volatile for much of 2022, fueled by uncertainty over supply chain snarls due to China’s lockdowns, inflation pressures, and European anxiety over the Ukraine war.

Wall Street stocks closed Friday with a robust rally on tech-rich Nasdaq after a tumultuous week that saw markets fluctuate based on US inflation data and an ongoing slump in Chinese exports propelled by the country’s zero-Covid policy.

“Indeed, this is the hallmark of a market filled with air pockets which have left more than a few investors licking their wounds.”

One of the main drivers of volatility is China’s continued lockdowns. Economic engine Shanghai in particular has been under strict virus restrictions since April, shuttering factories and pausing port activity.

But it had some good news over the weekend, with Shanghai’s vice mayor announcing that a gradual reopening of businesses in the city would begin “in stages” from Monday.

Analysts at Charles Schwab investment bank said “global sentiment seems to be getting some relief” from even the suggestion of an easing.

Markets in Asia opened with a generally positive showing Monday, with Tokyo, Sydney, Singapore and Manila trading up throughout the day.

But in Hong Kong and Shanghai, equities were more mixed.

Economist Clifford Bennett of ACY Securities said “there is a very real risk, even likelihood of a triple Northern Hemisphere recession across the US, Europe and China simultaneously and virtually immediately”.

He added that all eyes will be on how the Federal Reserve acts in the coming months, specifically whether it will further tighten monetary policy to combat surging inflation.

Key figures at around 0300 GMT