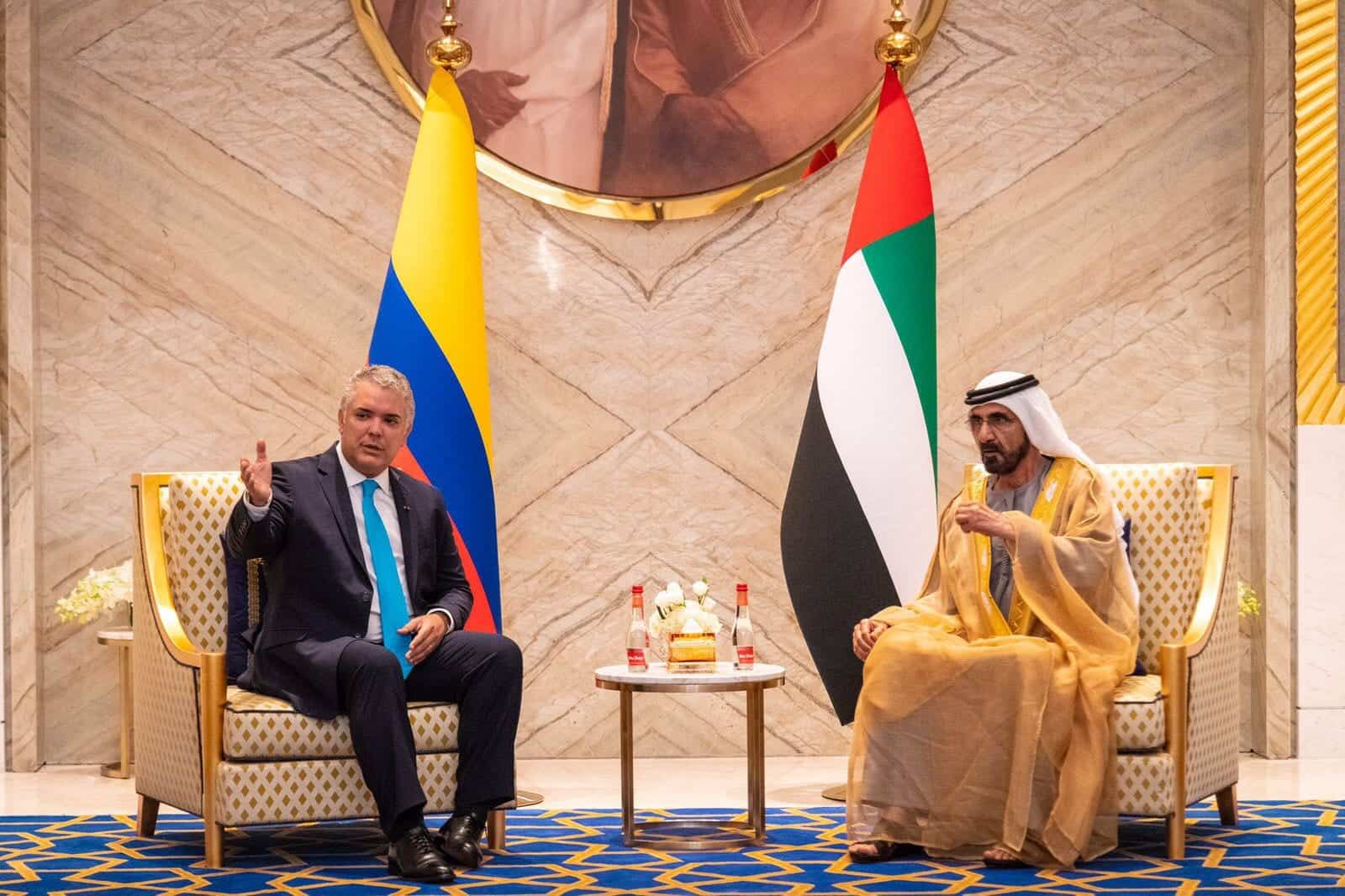 Colombia aims to triple its bilateral trade with the UAE in the next two years, and reach more than $1 billion of transactions with the country by 2030, local reports have said.

Colombian President Ivan Duque told the official Emirates News Agency or WAM about the bilateral ties: “We must connect the markets, eliminate barriers, and be able to bring investments from the UAE to Colombia.”

He remarked: “Green energy, hydrogen, non-conventional renewable energy sources, and conventional energy like oil and gas will attract interest from the UAE investors in Colombia.”

As per a report by the UAE’s Ministry of Economy in 2020, the non-oil bilateral trade between the two countries amounted to $176 million in the first half of 2019.

On his first official visit to UAE, the Colombian president also talked about starting direct flights between the two countries, of which there are currently none.

The two nations are also in talks to sign an MoU to avoid double taxation.

Duque further said that the UAE can play an important role in making Colombia the “Silicon Valley of Latin America” through funds and technology like artificial intelligence, Internet of Things, cybersecurity, and blockchain.

Duque concluded by saying that the Colombian economy is likely to grow by above 8.5 percent this year, thanks to bio-tourism and eco-tourism.

Colombia is the third-largest economy in Latin America and an emerging destination for IT sector, said the local reports.

In 2015, Colombia provided third-largest IT services in Latin America with more than 5,400 companies and sales close to $2.5 billion, according to Forbes.