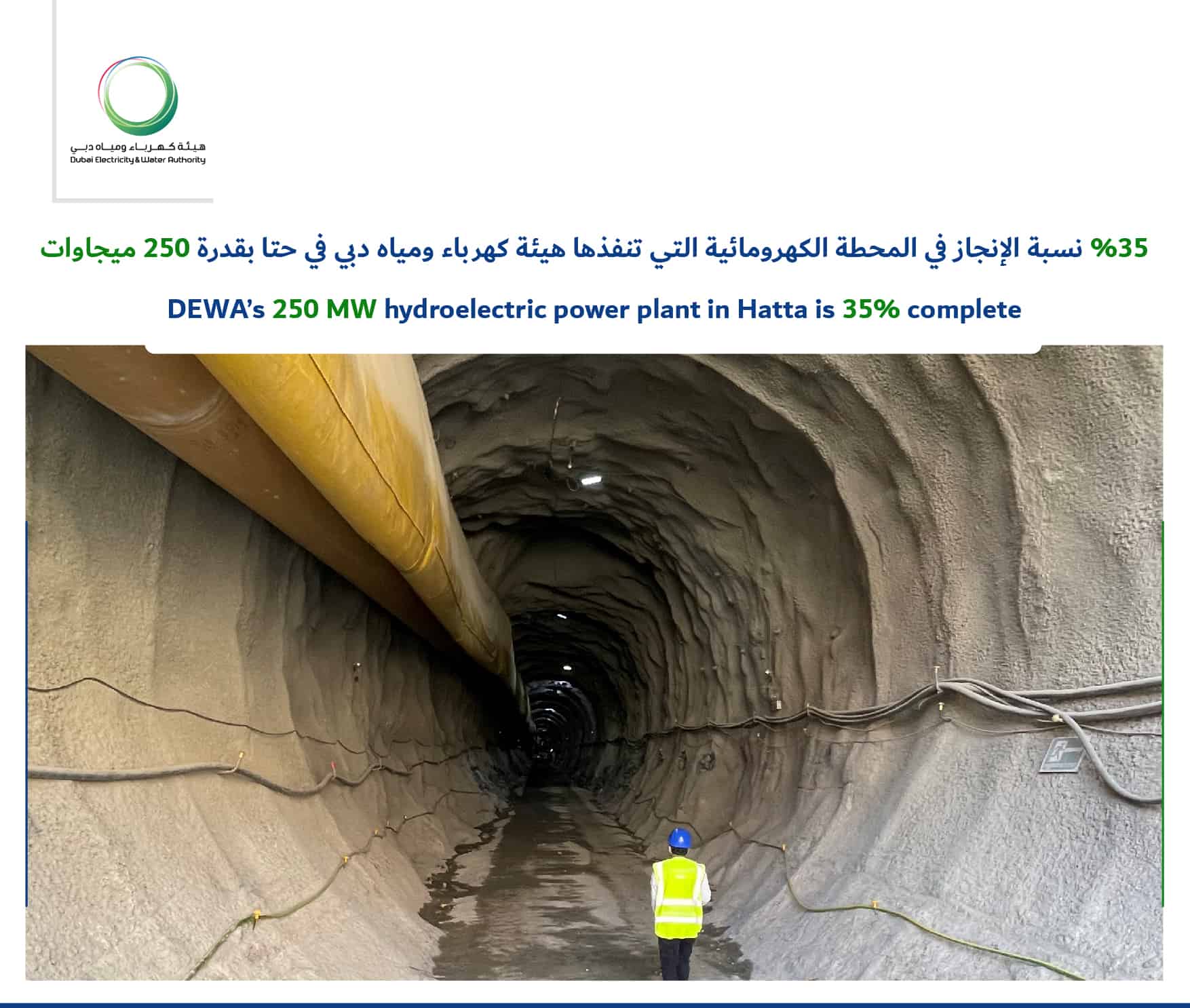 Dubai Electricity and Water Authority (DEWA) announced that the work progress at the Hatta hydroelectric power plant reached 35 percent by the end of December 2021.

The plant’s production capacity is set to reach 250 megawatts (MW) with a storage capacity of 1,500 megawatt-hours and a lifespan of up to 80 years.

This is the first of its kind in the Gulf region, with investments of around AED1.421 billion ($0.39billion).

Turbines operated by the speed of the waterfall from an upper reservoir through a 1,200-metre water tunnel will be used to generate electricity, with high efficiency in power generation and storage of up to 78.9 percent and with a 90-second response demand for electricity.

“The pumped-storage hydroelectric power plant in Hatta is part of DEWA’s efforts to support the vision and directives of Sheikh Mohammed bin Rashid Al Maktoum, Ruler of Dubai, to achieve comprehensive and sustainable development in Dubai, and increase the share of clean and renewable energy in Dubai’s energy mix,” said Al Tayer.

The project is also part of DEWA’s initiative to develop the area to meet its social, economic, and environmental needs, as well as provide innovative job opportunities for the people of Hatta.