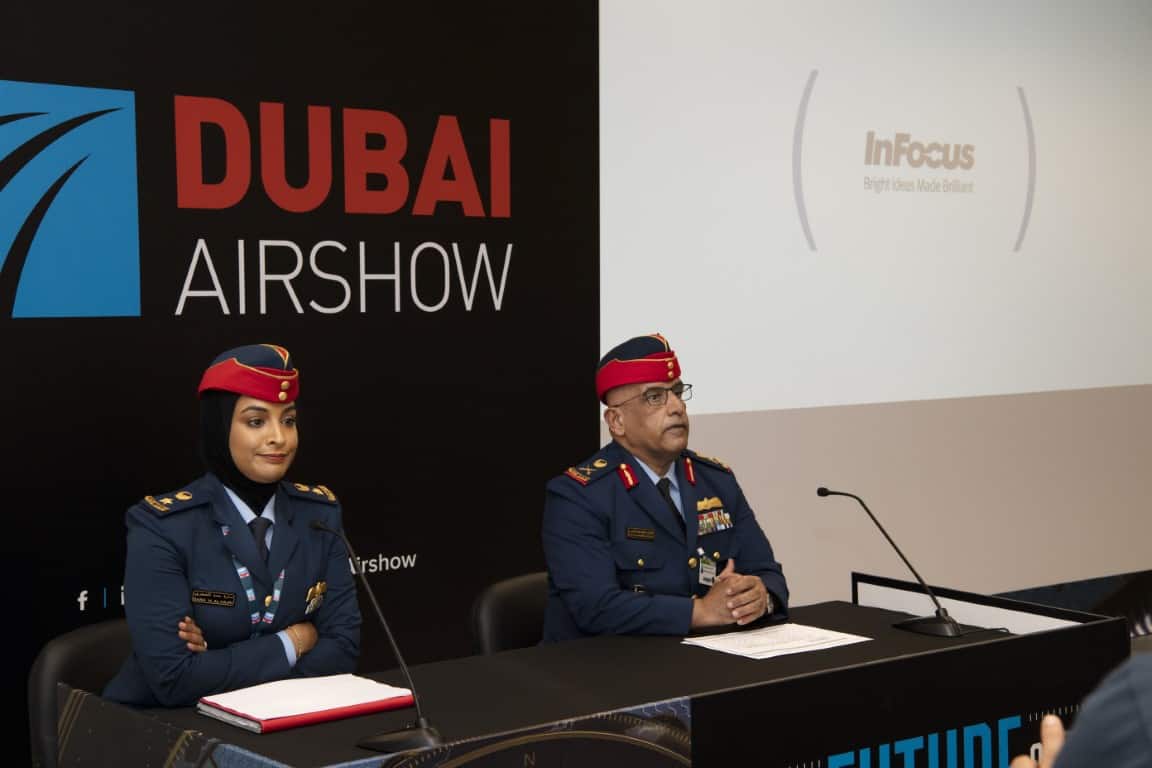 On the fourth day of the Dubai Airshow 2021, the UAE Ministry of Defence announced on Wednesday  the signing of seven deals worth AED1,742,429,000.00 with local and international companies.

The first deal was signed with the American company, Alliant Techsystems Operations LLC, to purchase supplements of ammunitions for the Air Force and Air Defence Command at a value of AED175,863,000.00. The second was with the Pakistani Global Industrial & Defence Solutions Gids to purchase various ammunitions for the joint air command at a value of AED143,981,000.00.

A third deal was also concluded with local Advanced Military Maintenance Repair & Overhaul Center (AMMROC) to provide consultancy and technical support and repair services, including spare parts, for three years, for an amount of AED120,845,000.00, while a fourth deal was signed also with the French company Dassault Aviation to provide maintenance services and technical support for the air force and air defense systems at a value of AED149,123,000.00.

The seventh and last deal was signed with the US company, Alliant Techsystems Operations LLC, to purchase ammunition supplements for the Air Force and Air Defence Command at a value of AED367, 300,000.00.