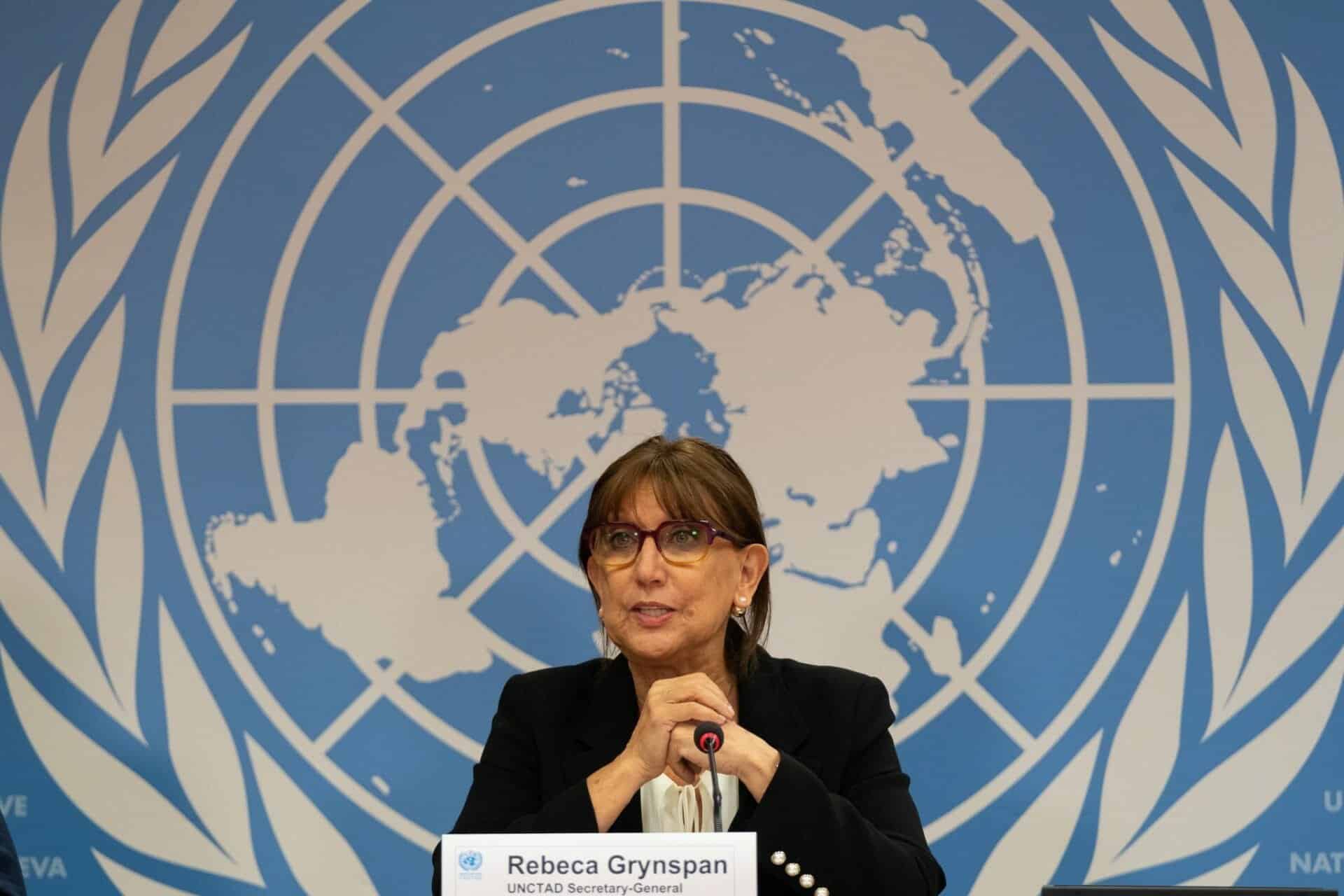 DUBAI: The global economy, recovering from the Covid-19 pandemic, is set to grow at its fastest rate in nearly half a century, a UN report said.
It is expected to expand by 5.3 percent this year, by 3.6 per cent in 2022, after contracting 3.5 per cent last year, following “radical” policy interventions and rapid vaccine distribution in advanced economies, said the report by United Nations Conference on Trade and Development.
But the overall global economic recovery will be uneven across geographies, income levels and sectors, the report said and added that renewed international support is needed for developing countries facing the threat of a “lost decade”.
“These widening gaps, both domestic and international, are a reminder that underlying conditions, if left in place, will make resilience and growth luxuries enjoyed by fewer and fewer privileged people,” said Rebeca Grynspan, the secretary-general of Unctad.
“Without bolder policies that reflect reinvigorated multilateralism, the post-pandemic recovery will lack equity, and fail to meet the challenges of our time.”
The report said several developing economies are being held back by constraints on fiscal measures, lack of monetary autonomy and limited access to vaccines. Although Covid-19 has inflicted greater damage than the global financial crisis, developing regions, especially Africa and South Asia have been hit the hardest.
“Deprived of the policy independence and vaccines that advanced economies take for granted, many developing countries are facing a cycle of deflation and despair, with a lost decade looming,” the report said.
The Unctad report said that by 2025, developing countries will be $12 trillion poorer owing to the pandemic. The failure to roll out vaccines alone will knock $1.5tn from incomes across the Global South, according to some estimates.
“The global recovery from the pandemic must reach beyond emergency spending and infrastructure investments to embrace a reinvigorated multilateral model for trade and development,” Ms Grynspan said. “Only a concerted rethinking of priorities holds out hope of addressing the inequality and climate crises that have come to define our era.”
While the International Monetary Fund’s recent agreement on a $650bn Special Drawing Rights allocation will offer some relief, it will not be enough to reverse the downward spiral in most developing countries where austerity remains the default policy for governments under financial pressure from “footloose capital and unforgiving markets”, Unctad said.
Even assuming no further shocks to the world economy, a return to pre-pandemic global income levels will still take until 2030 – a trend that reflects the weakest growth rate since the end of the Second World War, Unctad said.
Globally, international trade is forecast to grow by 9.5 per cent in 2021, after dropping by 5.6 per cent in 2020.
Developing countries face an “intolerable” burden of indebtedness and, in many cases, volatile investment flows.
“Over the coming years, pressures on external debt sustainability will persist because many developing countries face a wall of upcoming sovereign debt repayments in international bond markets,” the report said.
Together, developing countries, excluding China, face total repayments on sovereign bonds already issued to a value of $936 billion until 2030, the year earmarked for the achievement of the Sustainable Development Goals.
The report also outlined recommendations to address the vast inequalities between developing and advanced economies.
“Unctad calls for concerted debt relief and in some cases outright cancellation in order to reduce the debt overhang in developing countries and avoid another lost decade for development,” it said.
It also urged countries to reassess the role of fiscal policy in the global economy, as well as the practices which have widened inequalities.
“There is a risk that expansionary fiscal measures will be regarded only as fire-fighting tools, while, in fact, they are critical instruments of long-term development,” it said.
More policy coordination among the world’s most important economies is needed to provide the necessary support to “build back better” after the pandemic, it said.
Unctad raised concerns about the reluctance of other advanced economies to follow the US lead on the vaccine waiver, which is a particularly costly matter for already financially constrained economies. Recent estimates show that the cumulative cost of delayed vaccination will, by 2025, amount to $2.3tn, with the developing world shouldering the bulk of that cost, it said.
“Renewed international support is needed for developing countries, many of which face a spiralling health crisis, even as they struggle with a growing burden of debt and face the prospects of a lost decade,” the report said.