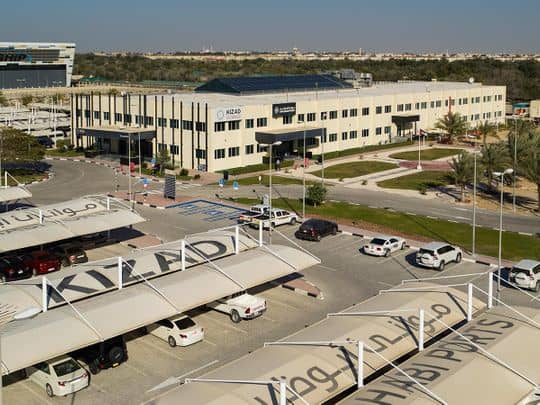 The plant, to be developed in two phases, will be powered by a dedicated 800-megawatt solar power plant within Kizad in the near future with a capacity of 100 megawatts in Phase One, said a statement from Kizad, a subsidiary of Abu Dhabi Ports.

The plant will use solar power to electrolyze water and split molecules into Hydrogen and Oxygen. At peak capacity, 40,000 tonnes of the green hydrogen released in this process will be used to produce 200,000 tonnes of green ammonia.

“Abu Dhabi Ports is proud to be the host of an innovative company like Helios Industry and one of the region’s first green ammonia plants with zero carbon emission,” said Al Hameli.

“We are committed to the growth and success of our customers and strive to continue supporting responsible manufacturers who are helping bring about increased sustainability across industries, whilst simultaneously enhancing the level of green knowledge and awareness within the UAE,” he added.

Upon completion, the plant is expected to reduce CO2 emissions by an excess of 600,000 tonnes annually, equivalent to the amount of pollution generated by roughly 140,000 vehicles if conventional methods are employed for Ammonia production.